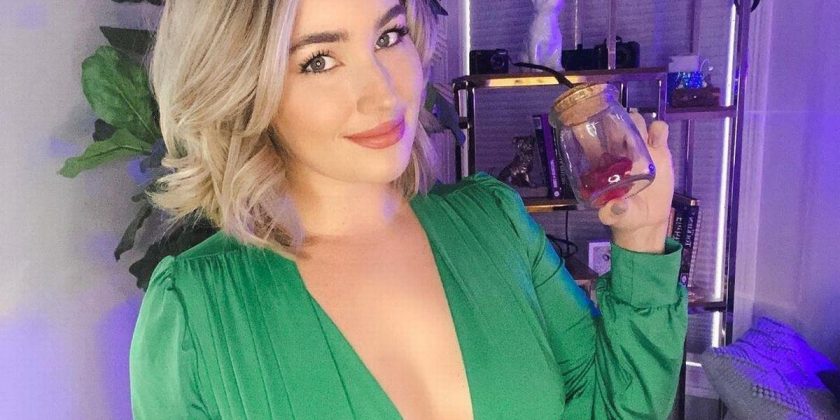 A lass who made a fortune by farting into jars has given a behind-the-scenes glimpse at how the business works.

Stephanie Matto, 31, recently had to retire from professional farting when she made herself so gassy she was rushed to hospital with heart attack symptoms.

Before the medical episode, she was selling her toots for up to £740 ($1,000) per jar and was able to fund a luxury lifestyle including her own mansion, sex dungeon, and fast cars.

The influencer spilled the beans on how she got into farting in an interview with TV host Steph McGovern on her Channel 4 show Steph's Packed Lunch on Wednesday (January 5).

"I had a YouTube channel for about eight years and a lot of my fans that were into me were asking for strange items, articles of clothing," she explains.

Stephanie says fans kept begging her for farts and it was a "repeat request I've been getting throughout the years".

The adult star explains: "I thought it was just a joke, people just messing with me, but one day I decided to throw them up on sale and see if people would buy them.

"I wasn't expecting people to but they actually sold out within two days."

Explaining how selling her girly guffs works, she says: "I have it down to a pretty good science.

"I bought these fabric flower petals and I fart directly on them because the fabric really captures the scent better.

"And then I just put that flower petal into a jar, I seal it up, I tape it and then I ship it out."

Occasionally, a fan will want something extra special to sniff and Stephanie would cater for this with changes to her diet.

"There was a specific client who wanted me to eat cheese because he wanted a particular aroma," she says.

The topic didn't go down particularly well with some viewers who blasted it as gross on Twitter.

One commented: "Selling farts? Ugh, How disgusting! Another pathetic attention seeker and as for the saddos who pay money for it, I have no words. Sickos."