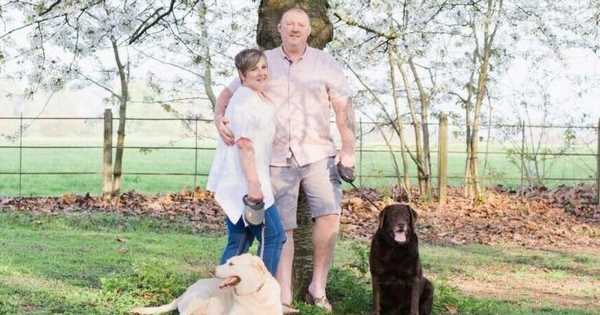 A woman who is unable to have children was left in tears after being turned away from a tourist attraction for not having kids with her.

But the group were upset to be turned away at the gate as the children's adventure park has a safeguarding policy, which prevents adult-only admissions.

People aged 16 and over must have a child with them, Essex Live reports.

The 46-year-old, from Chelmsford, said she has struggled for many years as a result of not being able to have children of her own and was shocked that she was refused entry to see the animals at the farm – something she loves doing.

The incident left her 'in tears.'

Laura, who works as a sister at Broomfield Hospital , hadn't visited Marsh Farm for 18 years. She said she used to visit with her family and enjoyed many happy trips there, but was shocked that she was no longer allowed to visit.

She said: "Me and my husband both work shifts, so we don't often get a whole day where neither of us are working early or late.

"I'm the biggest animal lover, we used to go to Marsh Farm about 18 years ago with my niece and we spent many summers and birthdays there."

She said: "It was just animals then. I gather that's changed now, but I didn't know that, I hadn't been there for some time."

She bought four adult tickets for Saturday and they drove to the farm.

In the car park, they saw an elderly couple looking "very bewildered." She asked if there was something wrong and they asked her if she was on her own or had children.

"I thought that was really odd," she added. "But then he said that they'd been refused entry."

She said they were in their late 70s or early 80s and his wife was "very upset and said they'd never come back again."

The lad at the ticket desk asked if they had children and they were refused entry. She urged Marsh Farm to change its name because it's not a farm anymore.

"Sadly I don't have children," she explained.

"This is a subject that's extremely delicate to me. I've had years of counselling and therapy to deal with the loss and grief. I struggle some days with depression, because I'm childless."

She said she's been on anti-depressants and it could have sent someone into a "downward spiral."

She added: "I left in tears and it was another thing in my life just because I don't have children."