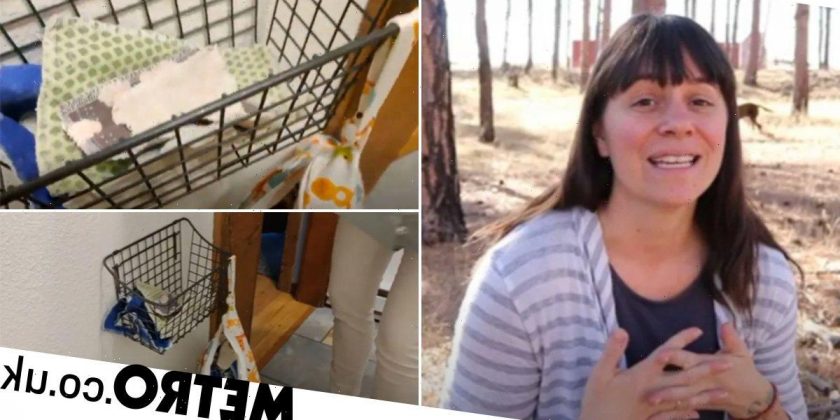 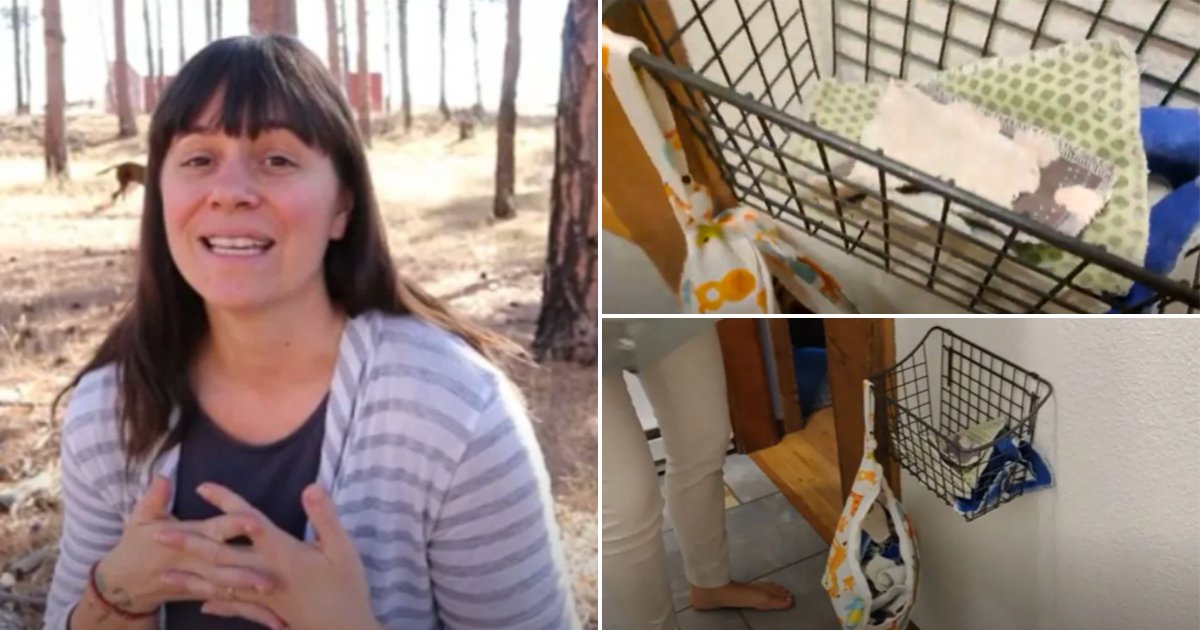 As we move towards becoming a more eco-friendly and conscious society, many are turning to reusable products.

From coffee cups to straws, we are finding ways to lessen our consumption.

However, one item we thought would never go down the recyclable route was toilet paper.

Yet, one woman is doing just that.

Jayme Janelle is a mum-of-seven who shares snippets of her ‘natural living’ life on YouTube.

Living in what she describes as a ‘primarily plant-based homestead,’ Jayme regularly switches to more sustainable items with less harmful effects on the environment.

And in this quest, she has chosen to forego loo roll and use ‘family cloth’ instead.

This is a reusable alternative to regular toilet paper and is made of rags and other fabric.

Jayme first made the change more than three years ago and says it was a ‘blessing’ when the pandemic hit, and loo roll shortages were of serious concern – as people hoarded in panic.

‘What a blessing it has been to only have to buy two packs of toilet paper in the last year,’ she explained.

‘And that is because we keep toilet paper in our house for our guests.’

In response to commonly asked questions about the family cloth, Jayme says she washes the dirty pieces once a week. Although, this can sometimes go up to two times.

She said: ‘I have two wet sacks per bathroom we keep full of toilet paper so that when one is being used, the other one can be in the wash.

‘I tend to do laundry once a week on Saturdays.’

If somebody goes through the rags quickly, like Jayme’s five year old who uses more than one, she will wash them more often.

Jayme also told viewers that she uses a hot wash and then a cold rinse in the sanitary cycle.

‘If your washer doesn’t have a sanitary cycle, then I would probably do a pre-soak or at least a second rinse,’ she noted.

Some people have assumed that the cloths would stain but Jayme stated this is not a problem.

‘Until yesterday…so a year later, we had our first wipe come out of the wash with a stain on it,’ she explained.

‘I think it was one used by one of my younger kids – they haven’t mastered the use of the bidet yet.

‘So they tend to soil the wipes more than the rest of us and they must’ve had a lot on that one.’

While she washes the rags separately, they have sometimes ended up in the wash with regular clothes.

‘That’s usually when somebody has gone through a bag of wipes really fast and it’s not my typical laundry day,’ she said.

‘And because I don’t like washing just a teeny load, even though our washer does have a sensor and so it does save water, […] it must be ingrained from my childhood.’

Some were also wary of unpleasant smells. Jayme claimed this is not the case when the rags are piled up.

‘We’ve never had a stink problem in our bathrooms. I’ve had guests come that actually tell me that my house smells good,’ she asserted.

Jayme also pointed out that her family uses a bidet and this helps.

‘Bidets are…they’re just great and they allow us to literally just dry ourselves,’ she said in a video.

‘They work so well together.

‘Without a bidet, I would still be using cloth wipes – but then for sure would be pre-soaking them all the time no matter what.’

There were many in the comments who also own bidets and have tried family cloth.

One viewer wrote: ‘Have been using family cloth off and on for a few years now. I also own a bidet.

‘My friends laughed at first until I bought them each a bidet for Christmas and now we joke together about how it’s not the same without one.’

Another added: ‘I think you’ve convinced me to try the bidet with cloth wipes.

‘Toilet paper is such a waste of so many resources. I wish more people would realise that we can and should live without it.’