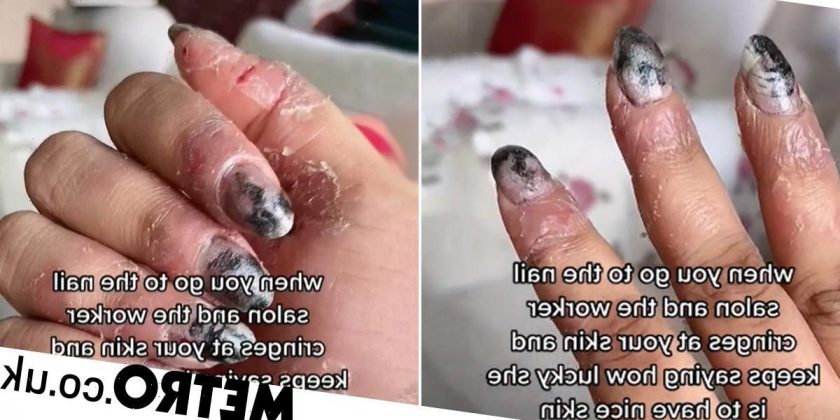 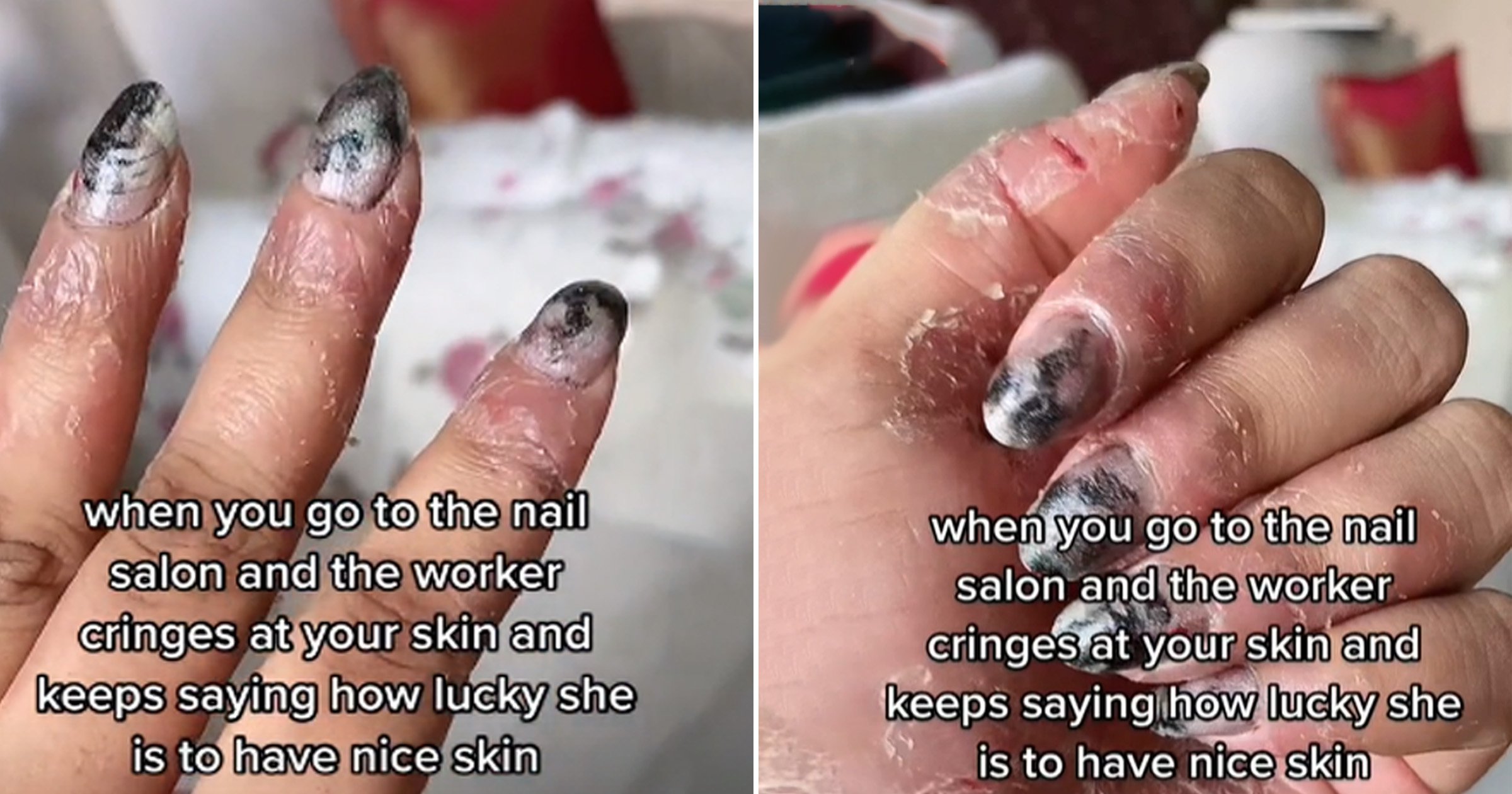 A woman on TikTok has shared the upsetting reason a nail technician left her feeling embarrassed.

User @m.o.ni.i took to the app and told followers a nail technician shamed her for having psoriasis while getting her nails done.

In the clip she showed viewers the skin condition on her hands and wrote: ‘When you go to the nail salon and the worker cringes at your skin and keeps saying how lucky she is to have nice skin.’

Those in the comments were quick to support her, with many calling the unnamed nail technician ‘unprofessional.’

‘People don’t realise how much words can hurt,’ wrote one viewer.

‘No matter what you have this is unprofessional,’ added another.

‘If I see anything out of the ordinary I just ask if it’s sensitive so I’m not hurting you, like it’s not that hard to be professional,’ said a third viewer.

In response to a comment that said: ‘I wouldn’t subject anyone to that. They look unsanitary,’ the woman explained why statements like this should be ignored.

‘So you’re telling me a nail tech has the right to belittle me because of psoriasis?’ she wrote.

‘I hate the fact that this needs to be explained. If you have psoriasis I’m so sorry if a nail tech or hair dresser has ever acted like what this person is saying.

‘You’re beautiful and it’s not unsanitary.’

So what is psoriasis and what causes the condition?

‘Psoriasis is a skin condition which presents itself in dry patches of skin that can be red and crusty, with silvery scales,’ Dr Ross Perry of Cosmedics tells Metro.co.uk

‘It is often triggered by other health reasons such as a problem or weakness of the immune system caused by an infection, stress, injury such as sunburn or even as an adverse affect to some medicine.

Dr Perry explains treatment is available depending on severity.

‘Topical or oral treatments are available such as creams and ointments, or oral medicines,’ he says.

‘Lifestyle changes may also help such as not drinking alcohol during a flare up and looking at your diet. Most people should be able to be treated by their GP without further treatment.

‘However, some cases require further investigation and treatment. In these cases you will be referred to a dermatologist and treatments such as phototherapy can be used.’

Send us an email at [email protected]