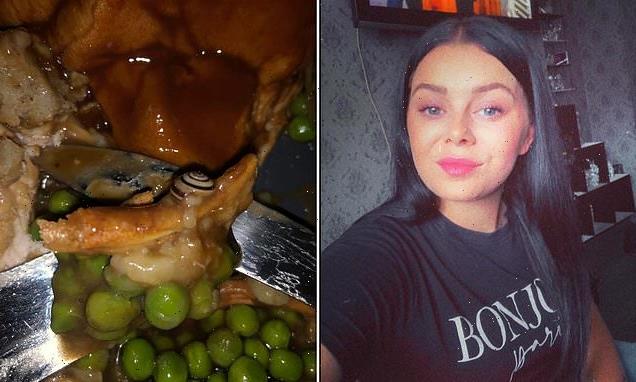 Shell shocked! Toby Carvery diner’s shares her horror at finding a SNAIL in her roast dinner delivered from the restaurant by Uber Eats

A woman has vowed to boycott Toby Carvery after claiming to have found a snail in her roast dinner.

The Dudley school worker was initially enjoying her roast dinner, but claimed she was left ‘physically sick’ and spat out the food after spotting the mollusc in her peas.

She revealed that since contacting the restaurant with her complaint, they have apologized and offered a refund. A probe is also underway. 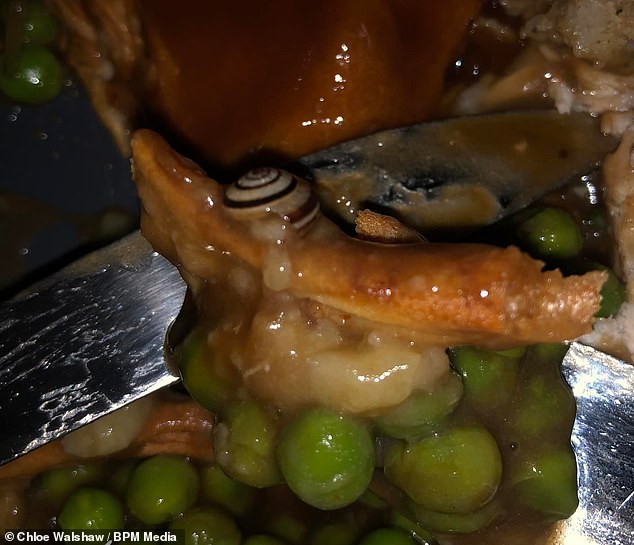 Chloe Walshaw, 24, claims to have found a snail in her roast dinner (pictured) delivered by Uber Eats from Toby Carvery Burnt Tree Island

The teacher explained: ‘I ordered it to be delivered on Uber Eats from Toby Carvery Burnt Tree Island for me and my boyfriend.

‘We each had a carvery and were sent turkey and beef. It was the first time I ordered from there, I normally go in to eat but I was having a lazy day. I’ve never really had a problem with them in the past.’

Chloe explained that she and her boyfriend had been tucking into their meal when she spotted the creature.

She said: ‘I was getting food on my fork and I thought I’ll have a bit of peas and I dug down in the peas and that’s when I saw it. 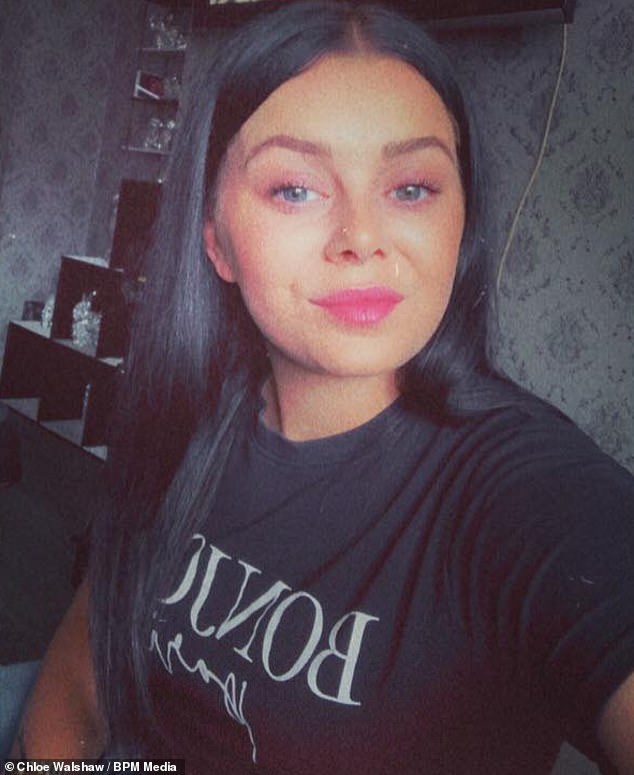 ‘I felt really physically sick. I was half-way through.

‘I was really shocked, I had food in my mouth and I spat the food out. I’m glad it was on top and not in the middle of what I was about to eat

‘I stopped eating and spat the food out that I had in my mouth and said to my boyfriend, “‘I’m not eating that”.

‘I told him to look and my boyfriend said “I’m not eating it either”.’ 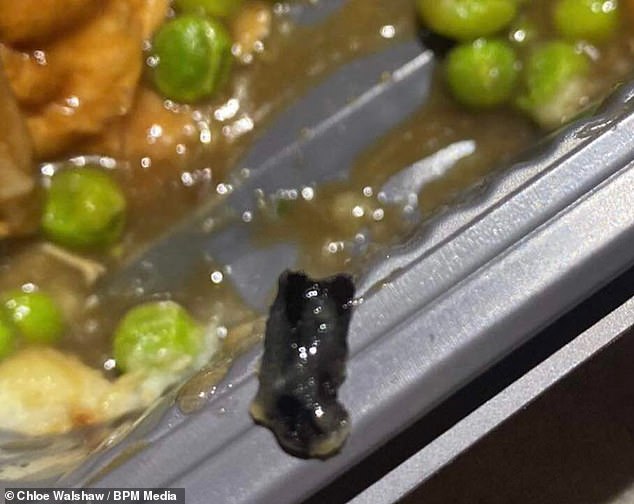 Chloe, who has been given a refund and £40 voucher, said she will not be returning to Toby Carvery because of the snail in her meal (pictured)

She continued: ‘I called them up and the girl that answered the phone said contact Uber Eats to get a refund and she’ll notify the chef and I emailed the photos over and they asked to give me a call.

Meanwhile Chloe also revealed she has also been offered a £40 voucher by Toby Carvery, who asked for the food back so they can investigate further.

‘I’m never going there again. I used to go regularly but after that I don’t think I’ll ever return,’ Chloe added.

A spokesman for Toby Carvery said: ‘We are sorry that we didn’t deliver a meal to our usual high standards, but thank the guest for sharing her feedback and welcome the opportunity to put this right by offering a refund and investigating internally.’ 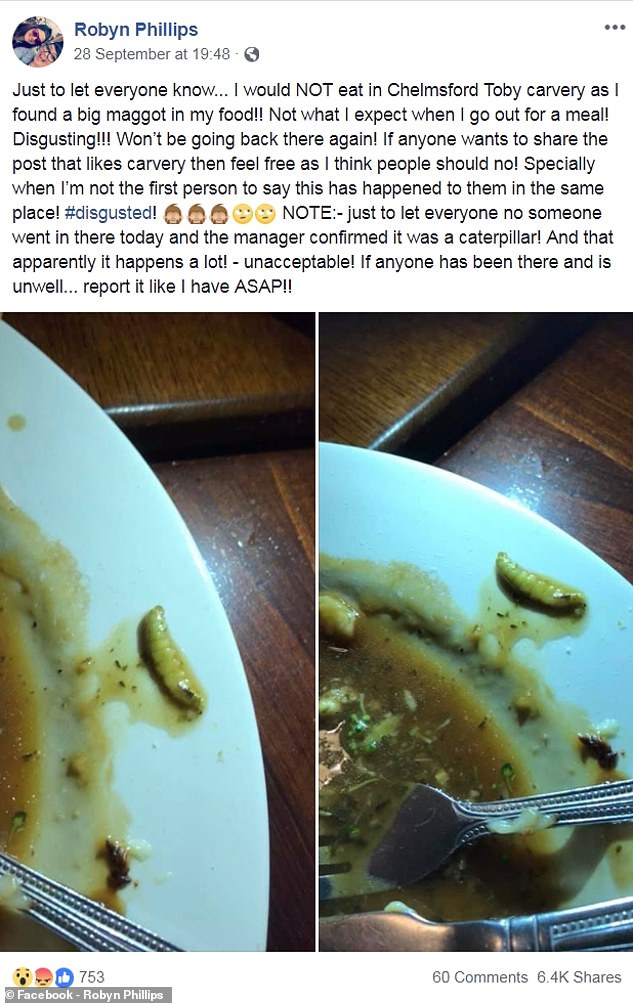 It’s not the first time a diner at the chain has discovered an unexpected creature in their meal. In September 2018, Robyn Phillips from Boreham, Essex, was enjoying a meal at the restaurant in nearby Chelmsford when she spotted what she initially thought to be a maggot in her dish (pictured)

It’s not the first time a diner at the chain has discovered an unexpected creature in their meal.

In September 2018, Robyn Phillips from Boreham, Essex, was enjoying a meal at the restaurant in nearby Chelmsford  when she spotted what she initially thought to be a maggot in her dish.

She posted a picture of the gruesome sight on Facebook, writing: ‘Just to let everyone know, I would not eat in Chelmsford Toby Carvery as I found a big maggot in my food.

‘Not what I expect when I go out for a meal, disgusting. I won’t be going back there again. If anyone wants to share the post then feel free as I think people should know.’

It later emerged the insect was a caterpillar.