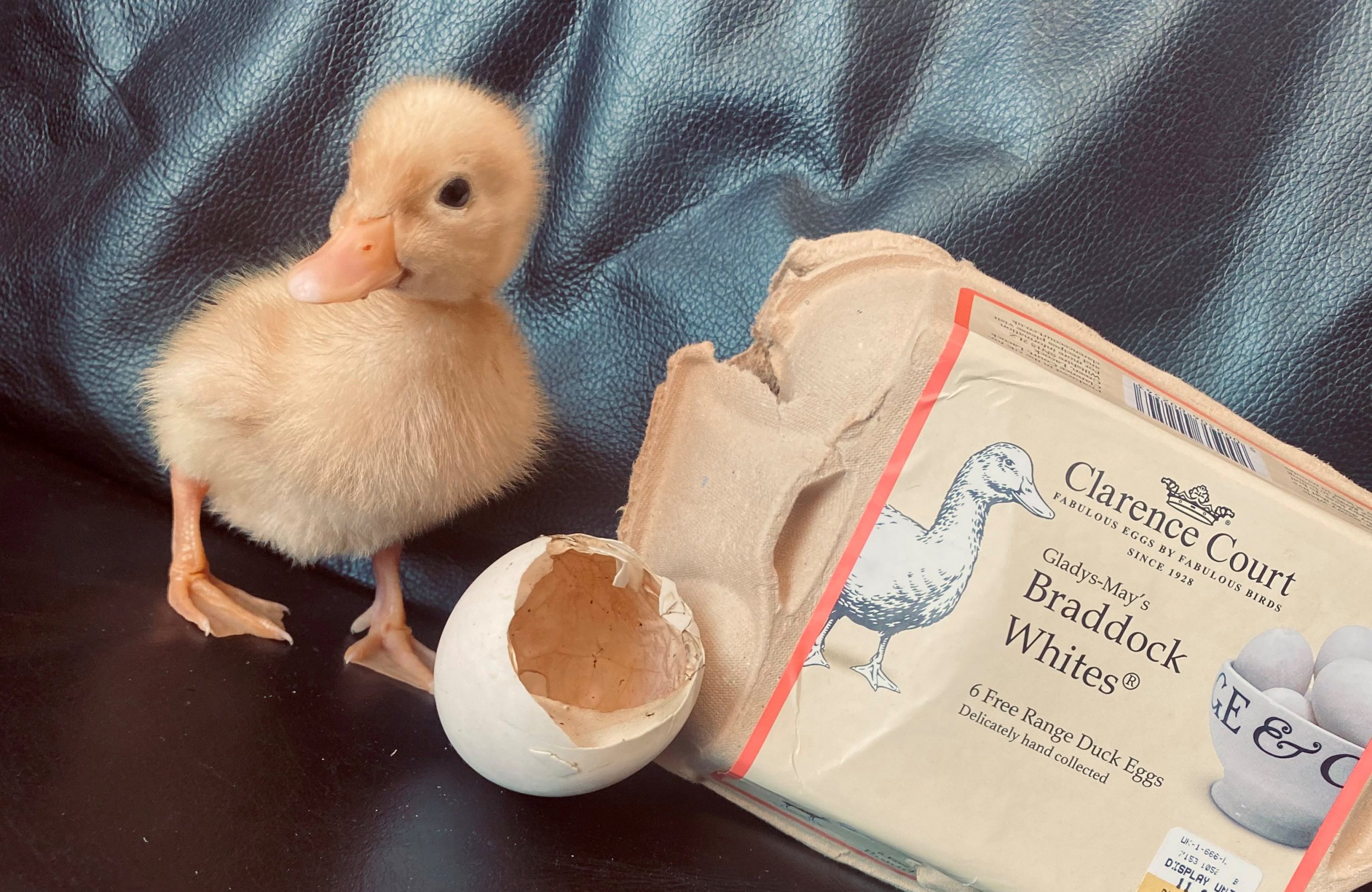 Adele Phillips admits she’s a little ‘skeptical’ about eating eggs after she managed to hatch a duckling from an egg she bought at a supermarket.

But if she misses the joy of a poached egg too much, we imagine her new pal, the duckling she has kept as a pet, more than makes up for the loss.

Adele, 28, had seen a post on social media about incubation, and after helping her mum with the weekly shop in Morrisons, she decided to pick up a box of free-range Clarence Court duck eggs.

She kept the eggs warm all the way home, then put them in an airing cupboard for a few days before the incubator she ordered online arrived.

The processor and on-call firefighter from Port Talbot, Wales, was stunned when, one month later, one of the eggs hatched a perfectly healthy baby duckling.

Adele initially planned to give the bird away, but her ‘heart melted’ the moment he arrived.

She decided to keep the duckling as a pet, named Braddock Morris after his Braddock White breed and the supermarket where his egg was bought. She calls him Little Morris for short. 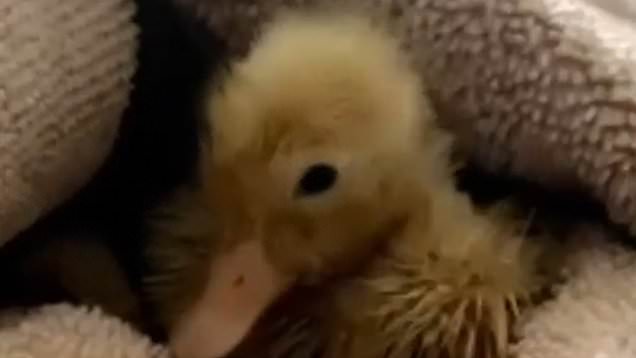 ‘I saw someone doing a challenge on TikTok and thought I would give it a go,’ said the duckling parent.

‘When we bought the egg my mum was just like “are you sure?”.

‘I knew I had to keep them warm on the way home although as they had already been on a shelf for a few days I didn’t think it was going to work.

“They then went into the airing cupboard but as I had never done anything like this before I was so shocked when I discovered one was fertile.”

‘During the whole process everyone was looking at me, thinking “are you insane?”

‘I was just giving it a go as a little experiment, but they all thought I would just end up with a boiled egg.

‘Well I definitely proved them wrong and everyone was very shocked.

‘I am amazed and it really hit me when I saw come out of its shell.

‘I thought “what have I done?” It is just mad. My pet could easily have been on someone’s toast.’

The eggs were bought on March 28 and the duckling emerged into the world on April 29.

Adele had discovered one egg was fertile by shining a torch on it to see veins inside.

Then, she carefully kept that egg in the incubator for 30 days, turning it three to four times a day to ensure it was kept at the right temperature.

She said: ‘I knew a couple of days before it was going to hatch but you are told to leave it alone.

‘I was worried and looked through the hole but didn’t touch it. I was worried it would die or come out deformed but he was 100% healthy.

‘I did it all from just looking online to see what to do.

‘It is now one week old and is in a box with a heat lamp. They need a lot of heat when they are babies.

‘It has swim time in the evening when I put it in water and I give it food like strawberries and spinach.

‘You are also told to feed them scrambled eggs which I found a bit weird.

‘I was going to give them to a farm but I decided I wanted to keep him. I feel for him pretty quick.

‘I am a bit sceptical now about eating any eggs. I will be thinking of mine every time I make scrambled eggs thinking that could have been my one.’

Adele said would resist the urge to try to hatch more in the future and planned to buy a garden pond with a little enclosure to house Braddock Morris in.

He won’t be alone, as Adele has since bought another duckling from a pet shop, called Beryl.

‘I did not really plan this – but now I have two and I wouldn’t swap them for the world, certainly not for any fried egg on toast,’ Adele added.

‘I now can’t walk past the egg aisle in any shop without wanting to get more.’