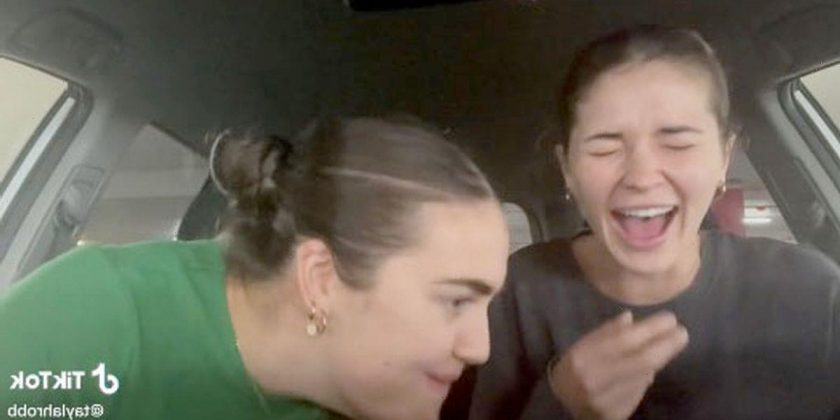 A woman has gone viral online for giving a monstrous burp when she and her friend took up a "Sprite challenge".

Taylah Robb and pal Kacy Meehan jumped on the TikTok trend, which challengers had to finish an entire bottle of Sprite quickly without burping.

Posting the now-viral video, which was seen more than 32million views since it was posted nine days ago on April 24, Taylah struggles to down the carbonated drink and tells Kacy with a frowned look, saying: "I can't do it."

"My tummy hurts," Kacy replies while trying to finish her drink with one last gulp.

Taylah, looking visibly uncomfortable, lets out a light sigh while tilting her head to one side and the next second, she lets out a magnificent burp by surprise.

The deep, rumbling belch has left her friend nearly choking on the soft drink as she giggles.

"Oh my God!" Taylah couldn't believe herself and the pair break into fits of laughter in the car.

The video has sent shockwaves on social media as viewers called it "a burp from hell".

"That was definitely paranormal," one wrote and a second said: "The Sprite challenge may lead to side effects of summoning the hounds of hell."

Others were left in stitches, with one saying: "I can't stop laughing at this, it's been looping for five minutes now and I'm laughing so hard every time I hear the burp."

"I have had a full-on stomach workout laughing at this," another commented.

Since the video went viral, Taylah and Kacy wrote in their TikTok biography with a hashtag #Sprite, asking people to sponsor them.