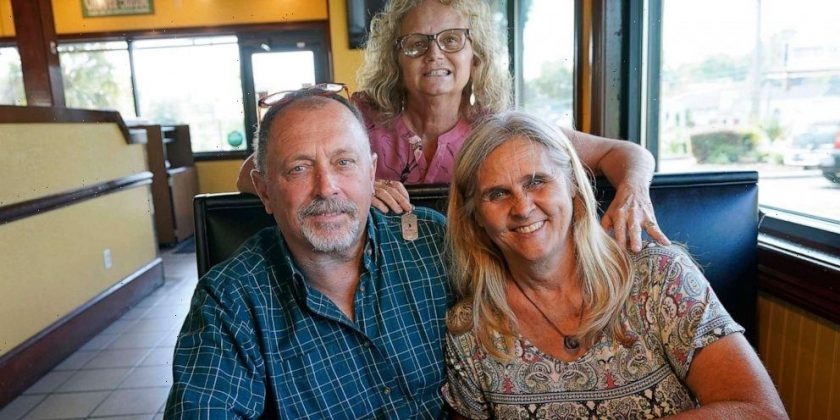 Just days after her wedding, one woman donated her kidney to her husband’s ex-wife.

“She’s a person and she needed a kidney and I had one. I was healthy enough to give it to her,” Neal-Strickland told “Good Morning America.” “She’s also the mother of my guy’s kids and they were having their first two grandchildren.”

Neal-Strickland, a grandmother herself, felt it was important for the whole family to be together with everyone around.

“I love Jim enough that I don’t want him to experience any of that without her,” she said.

Together, Neal-Strickland and Jim Merthe are raising six children, five of which are teenagers and the sixth is a 6-year-old with autism. Two of them are her biological grandchildren and the others are their grandchildren by association.

“I love being a grandmother. It’s the most amazing thing in the world and I would never want to think back about someone who actually missed out on that,” Neal-Strickland said.

Co-workers donate their kidneys to save each other’s husbands

The Merthes have been divorced for over 10 years, but stayed close as they raised their two kids. Mylaen Merthe, 59, and Neal-Strickland were friendly with each other before, but the kidney donation brought them even closer.

“[We] usually text every single day,” Neal-Strickland said. “We talk quite a bit. We call ourselves kidney sisters.”

Mylaen Merthe had struggled with kidney disease for over 30 years, with her kidneys functioning at 8% last year. She said that the last three years were “really bad” and she was “on the verge of dialysis.”

“I just knew that was what I was supposed to do,” she said.

Having already been through the ringer while waiting on her brother’s results, Mylaen Merthe was initially skeptical if they’d match.

“I didn’t get my hopes up really high,” Mylaen Merthe said. “I was afraid about if she didn’t pass.”

When the blood and tissue testing came back positive, Neal-Strickland moved on to further testing like collecting urine samples in a jug for 24 hours. One by one, all of the tests were positive.

“She called me every single day of the testing. She was like ‘I passed this one. We match. This is going to happen,'” Mylaen Merthe recalled, adding that she was in shock and it all felt “unreal.”

Added Neal-Strickland: “The doctors couldn’t even believe what a close match we were. They thought we were such a close match that it was unbelievable. So I just feel like that was God’s intention — that it was my destiny.”

Neal-Strickland knew early on that she wanted to be an organ donor, but just didn’t know when or what it would be. Her brother died 26 years ago of cystic fibrosis while waiting on a double lung transplant. She had wanted to donate one of her lungs, but they weren’t a match.

“I would have given him one but that wasn’t going to be enough,” she said. “So I just figured at some point in my life I was going to give an organ.”

“Debby saved my life, honestly,” Mylaen Merthe said. “All I ever wanted was to be a grandma and to have grandchildren and to be there for them. Now I’ve got two and it’s because of her.”