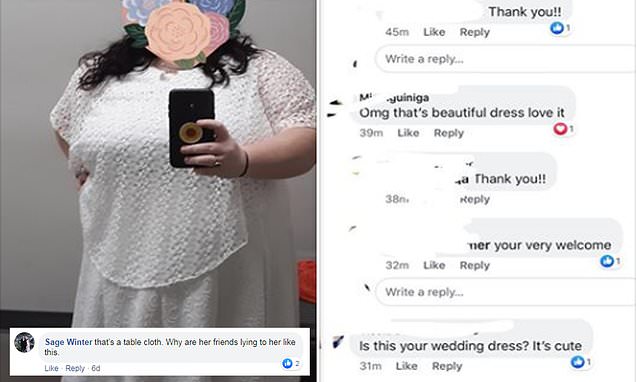 A woman has sparked a lengthy debate over whose responsibility it is to tell a bride if her dress is unflattering.

The woman, from Norway, took to Facebook to question a low budget bride’s choice of dress – and the friends who told her it looked beautiful ahead of her wedding day.

The woman compared the style of outfit to a nightgown, and explained why she believes the bride should’ve chosen not to wear it.

However the Facebook user received a divided response on the thread which has since attracted over 900 comments.

Many agreed the dress wasn’t their style, but argued that wasn’t always easy shopping as a plus size woman. 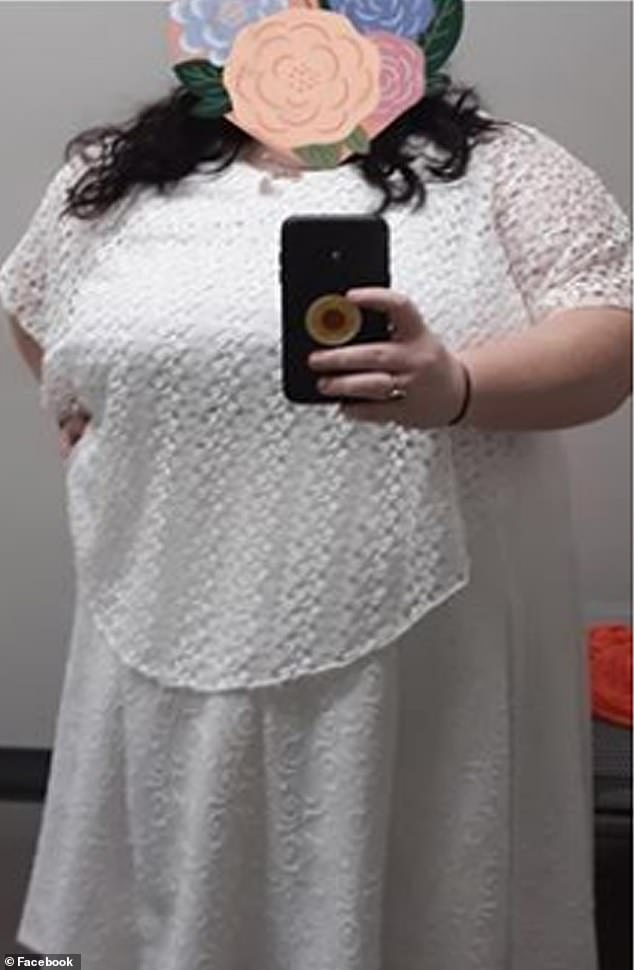 A stream of responses to the thread agreed with the woman who posted the image, arguing that the bride-to-be’s friends should’ve urged her not to buy the dress.

One person said: ‘How were none of her friends willing to help her find something that doesn’t look like it’s made from curtains?’

Another wrote: ‘There are options to be wowed and be flattering, this dress is NOT it. Where are her friends, my friends vetoed some bad choices.’

A third added: ‘That’s a table cloth. Why are her friends lying to her like this.’

A stream of responses to the thread blasted the style of the dress, comparing it to a paper towel or table cloth

Responses to the thread became divided after a contributor highlighted that perhaps the bride had struggled to find a wedding dress due to her size.

She said: ‘Maybe she feels like it’s the only thing she’d be comfortable in… a lot of plus size women in my size and hers tend to get discouraged. This isn’t shame worthy.’

Another added: ‘We should probably talk about how hard it is to find an affordable wedding dress for plus size women that doesn’t look like a smock before we laugh and pretend that this was her dream dress.’

Others argued that regardless of the size of the bride, the dress would still be unflattering for a wedding.

One person said:’Why is it so hard for people to accept the fact that this post is dress shaming not fat shaming. There’s plus size budget wedding dresses that are gorgeous.

‘This is a table cloth that would look awful on anyone, she would look absolutely amazing in an empire waist dress.’

Another wrote: ‘This outfit would be shame worthy even if it was on someone that’s a size 2. I could careless about her size, the outfit is ugly.

‘Now if the material matched and she maybe added a belt, then it might look better.’

A third added: ‘I’m in a plus size wedding group and those girls are always [fire].

‘It’s not about being plus or skinny, it’s about an ugly tablecloth trying to pass for a dress.’

A number of commenters declared that the dress wouldn’t look flattering on anyone, regardless of their body size