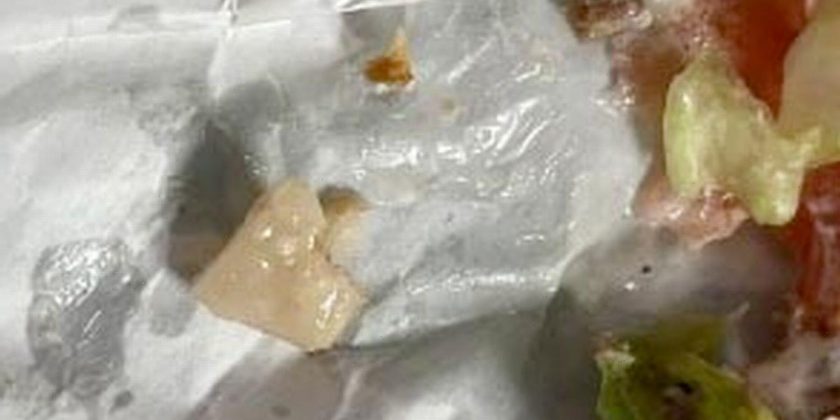 A woman was horrified when she found a "whole tooth" inside her half-eaten Subway sandwich.

Shaniqua Cobb, from US, bought the 6-inch steak and cheese sub from a branch inside Lauderhill Mall in Florida on February 3.

"I feel sick, I cannot eat or drink any," she said in her now-viral video.

"I found a tooth, a whole tooth, embedded in my bread! I really think it came from wherever the bread was made because it was deep in the bread."

The odd ingredient appears to be white in colour with chipped ends and viewers were shocked to believe that could be a tooth.

She then posted another video, zooming in on the mysterious find, and said: "It was a f***ing tooth in my Subway sub. Help, I'm sick."

Shaniqua later went back to the shop and complained to the staff, saying: "Excuse me, I found a tooth in my sub.

"I literally threw up all my food. That is a whole tooth in my sub."

A worker then went up to check her food and asked Shaniqua: "Do you want a refund? Do you have a receipt?"

Shaniqua left the food to the staff and asked for a corporate number to file a formal complaint.

Viewers were divided as some believed the substance looked more of the fatty part of the steak.

One said: "It's not a tooth! I literally used to work at Subway, that's all in the steak. They should be taking it out before selling."

Another wrote: "That ain't no tooth! That's probably a hard piece of bread."

For more stories from the Daily Star, sign up to one of our newsletters here.

"That doesn't look like a tooth to me, could be a bone from the meat," a third chimed in.

Others joked Shaniqua should keep the "tooth" under her pillow and wish for a lawsuit.

She replied that she had taken it to a hospital and said it was confirmed that it wasn't a bone in the meat.