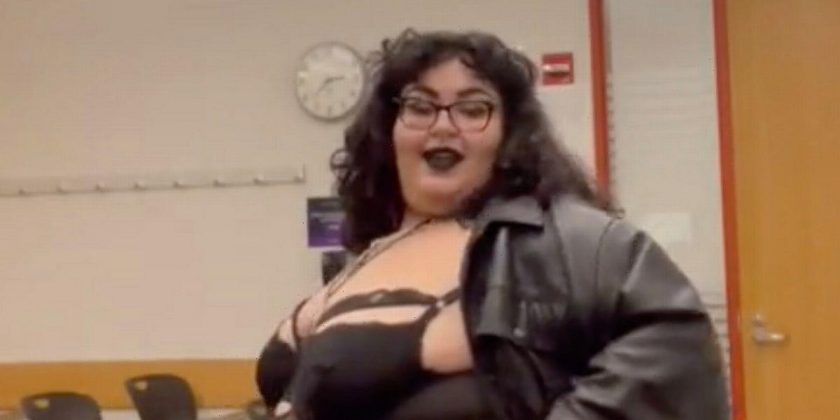 A plus size woman defied trolls who fat-shamed her by wearing lingerie out on street because she wants to "feel good about herself".

Victoria, who goes by @fatfabfeminist on TikTok, isn't shy about shunning fat-phobic comments as she often promotes body positivity on her social media.

She went viral in one of her latest videos and left her fans stunned when she exuded confidence in her kick-ass outfit on her way to a concert.

The TikToker holds the camera up and films herself walking on the pavement.

She said: "If you want to feel good about yourself, go out in New York City in lingerie, black lipstick, in 60 degree weather…"

She looks so fabulous that a woman walking past just interrupts her filming to say: "You look amazing!"

"Aw, thank you so much!" Victoria responds, beaming with joy and turning back to the camera.

She added: "What was I saying?"

Victoria's clip reached a whopping 11 million views and many people appreciated her for promoting body positivity.

One said: "This is the energy the whole world needs."

Meanwhile a third added: "Yes we love seeing people comfortable and being themselves, embracing all of their beauty."

Despite the positivity, Victoria was also hit by a wave of mean comments.

Some accused her of paying people to give nice comments in the video.

Others attacked her appearance and called her "Ms Thomas" and "Jabba the Hutt".

Victoria told Daily Star that the woman's compliment "made her day" and she was happy to catch the positive reaction on camera.

"It’s such a wholesome moment and obviously I have a fair share of s***ty comments but the most annoying ones are ‘Oh it’s a lie’, ‘You paid her to say that’," she said.

To overcome the trolls, she said her best solution is to block them.

If you like this story, make sure you sign up to one of our totally-free newsletter's here.

She continued: "Sometimes I will give it a little snarky response.

"Other times I will respond to them in questions because most of the time fat-phobic comments are really stupid – when you say it out loud, there is literally no logic behind this comment.

"I think it’s really important because when I share hate comments, it’s not because I want sympathy, it’s because I want people to understand what it’s like to exist as a fat person on the internet."