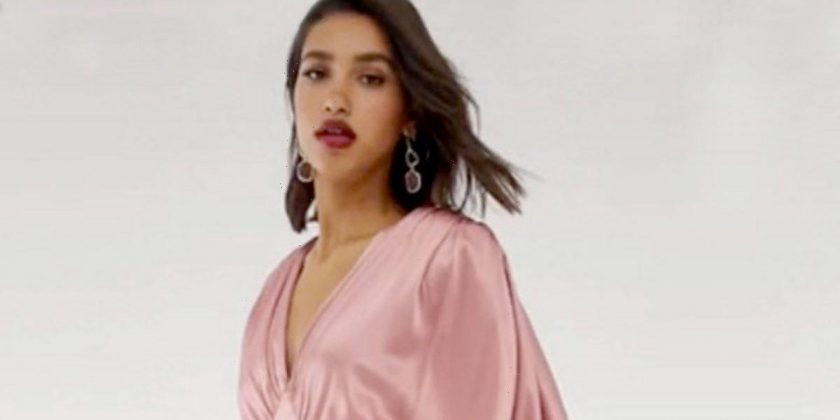 A woman attending a wedding thought she had solved the dilemma of what to wear with a £95 ASOS dress – only to instantly change her mind when she tried it on.

In a video uploaded by Hannah Millington @hannahmillington on TikTok, she shows the pink dress she set her heart on.

The ASOS EDITION ruched batwing midi dress, now sold out, was priced at £95 and Hannah hoped to wear it for the wedding in America.

When she tries it on, the dress is very creased and looks like it might be hanging differently than in the picture, which shows the model walking in profile.

"Two days before I was flying to America for a wedding," Hannah explained in the caption of the clip that was watched more than 18,000 times and racked up many comments.

One user commented: "ASOS brand clothes have such nice designs, but the quality is always very very bad."

"No but how perfect is the dress in the photo for a wedding?" said a second viewer.

A third wrote: "I gasped. This is hilarious."

"Sorry but 95 quid for a dress? Check out the charity shops, beautiful bargains in there," said someone else.

Another user said: "If you iron it, literally looks exactly like the one on the website. She’s doing a weird pose in that picture."

This comes after a bridesmaid was accused of upstaging the bride after changing her 'ugly' dress before the wedding.

She said she was unhappy with the fit of the long, emerald-green dress the bride had chosen – so she took it apart and sewed it back together in a different style.

The result was a shorter dress with a plunging neckline that provoked the ire of some viewers.