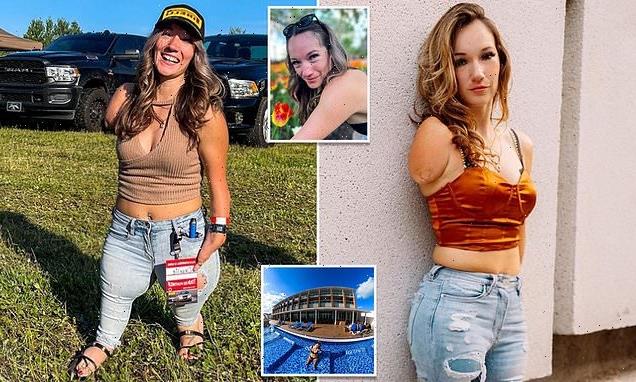 Woman, 25, who was born with one arm and half her legs after her mother’s attempted abortion failed says she doesn’t want to ‘waste time’ and travels the world to ‘live life to the fullest’

A woman who was born with one arm and half her legs has revealed how her mother told her the disabilities were due to an attempted abortion when the parent was a teenager.

Charlie Rousseau, 25, from Rouyn-Noranda, in Quebec, Canada, said she grew up feeling like a ‘normal child’ and ‘didn’t realise she was disabled’ until she was a teenager.

However when she was in her teens, her mother told her that the reason she was born with her disabilities is because the parent had tried to have an abortion and claimed it went wrong.

The radio host told FEMAIL: ‘The doctor allegedly told my parents to keep the baby even though the abortion process wasn’t finished. They could’ve taken it further, they could’ve taken the hospital to court but we were living in a small town and my parents didn’t want to make a big deal.’

However she has said she doesn’t allow her disabilities to get her down, and instead has spent the last few years travelling the world. 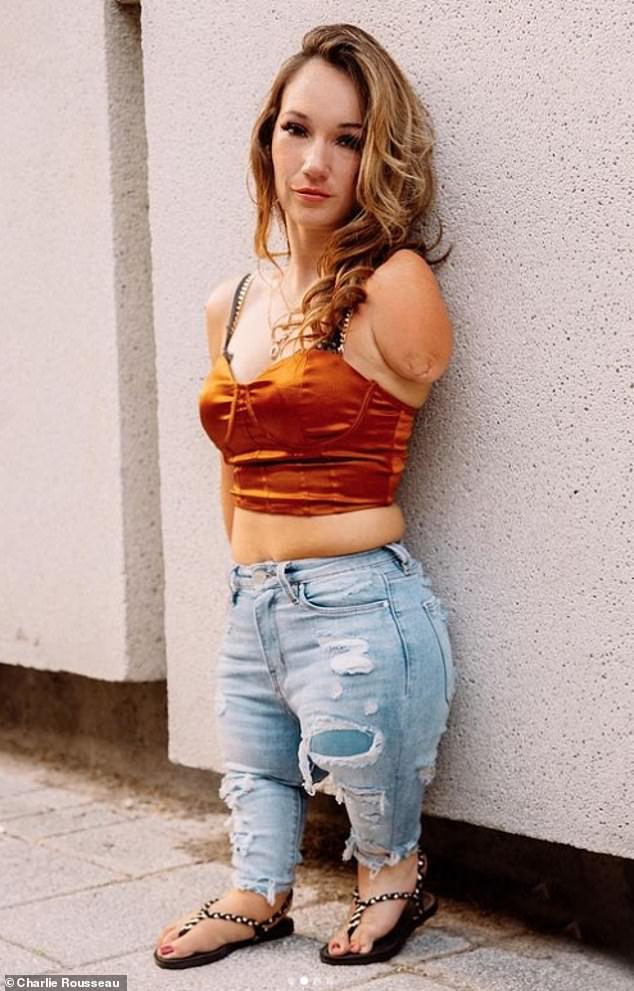 Charlie Rousseau, 25, from Canada, told FEMAIL how her mother told her her disabilities were due to an attempted abortion when the parent was a teenager 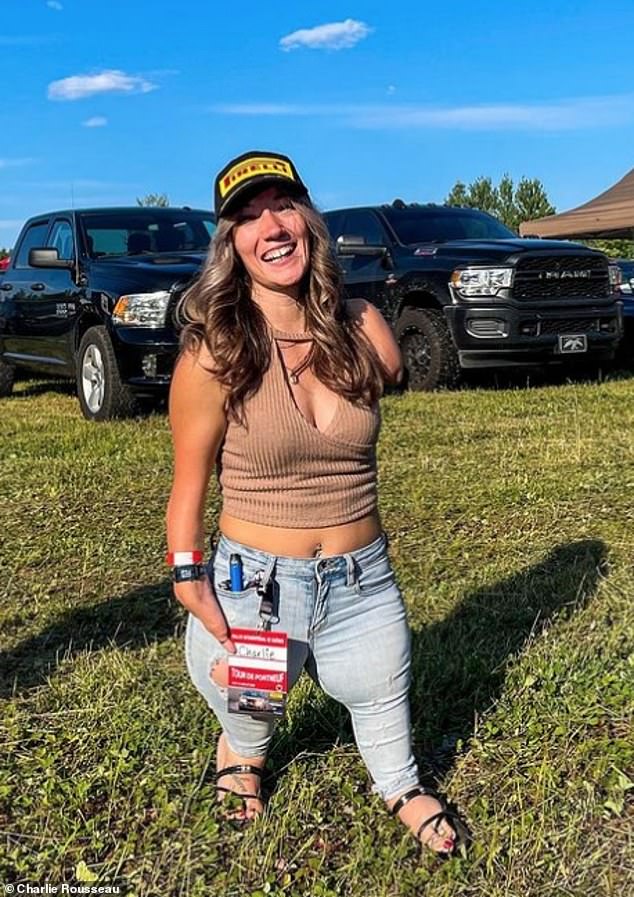 The 25-year-old, who works as a radio host, was born with half her legs, one arm and one thumb (pictured) 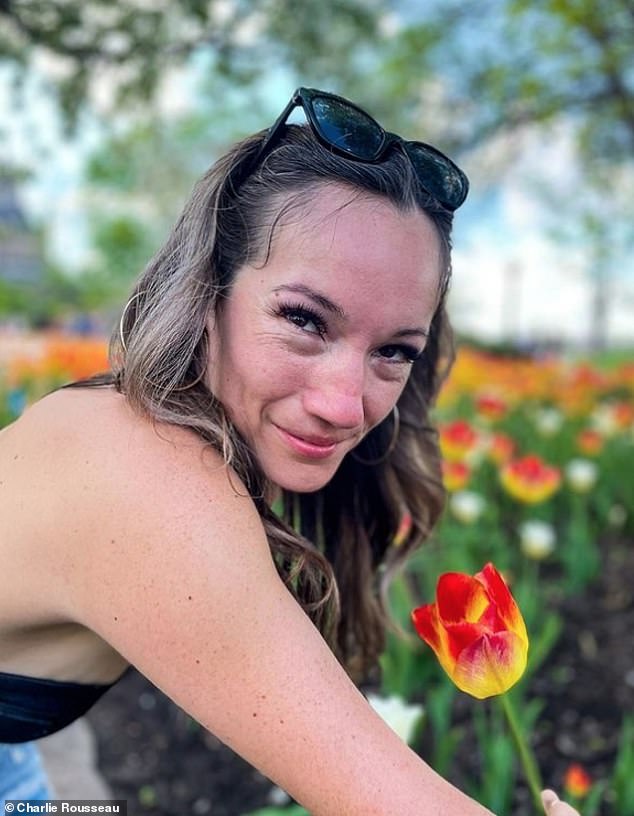 When Charlie reached college age, she decided she wanted to build her confidence, and began working as a radio host 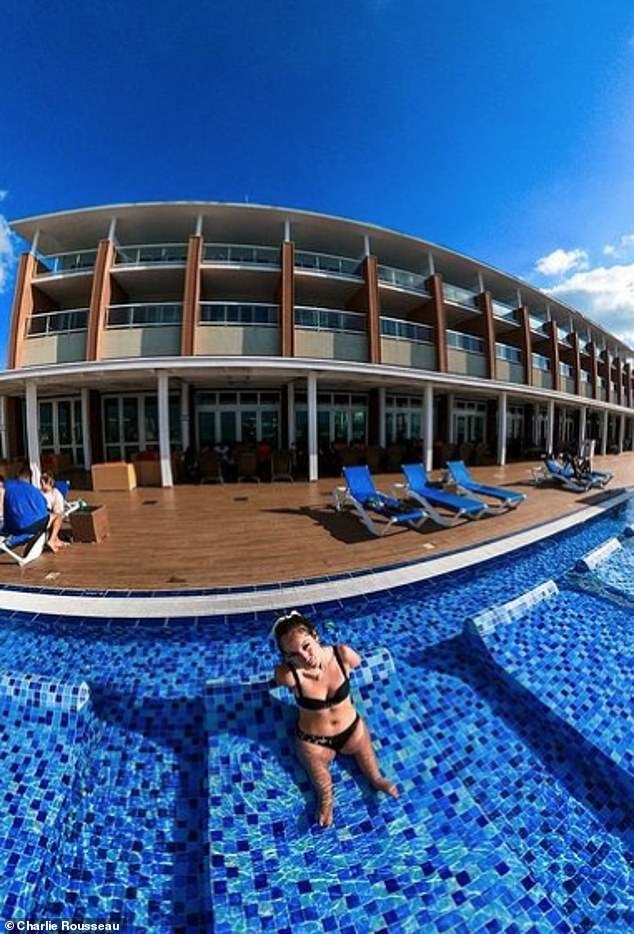 Meanwhile she has spent the last few years travelling around the world, visiting Britain, Mexico, Ibiza, Portugal and Australia

Charlie grew up feeling like a normal child. She said her parents were determined to raise her like every other one of her school friends.

The 25-year-old said: ‘I never realised I had a disability until I was 16. My parents sent me to a normal school and I had normal friends. I had a big character so I fitted in fine.

‘It was only when I became interested in dating and fancying boys did I really accept my disability and that I was so different.’

Charlie said as she began growing up, and became interested in boys, she ‘noticed she was disabled.’

She said: ‘When boys tried to kiss me they had to bend down, I genuinely used to think will I ever have a boyfriend?’

However when she was a teenager, her mother took her to one side and claimed her disabilities were as a result of a failed abortion attempt. 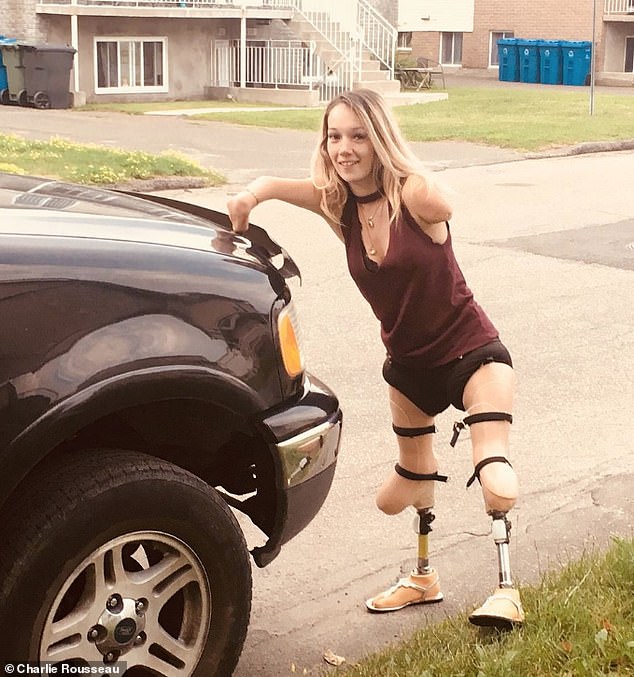 She has been given prosthetic legs but Charlie rarely uses them, preferring to depend on her own legs

She said: ‘My mother decided to have an abortion but unfortunately it went wrong. My parents believed making a big deal of it would ruin my life because the story would be everywhere as I was growing up.’

When Charlie made it to college, she decided to build her confidence, explaining: ‘I decided I will have a boyfriend, I will live and people will love me.’

She got her first job at 19-years-old as a junior radio host, explaining: ‘I never had a job as a teenager because no one would give me one.

‘All my friends had part-time jobs but I didn’t. So when I got this job at a radio station I was overjoyed. And I love it. I think it helped build my confidence too.’

In September 2019 she decided to travel to Britain, to teach French in schools in Shrewsbury, including The Priory School and Meole Brace School. 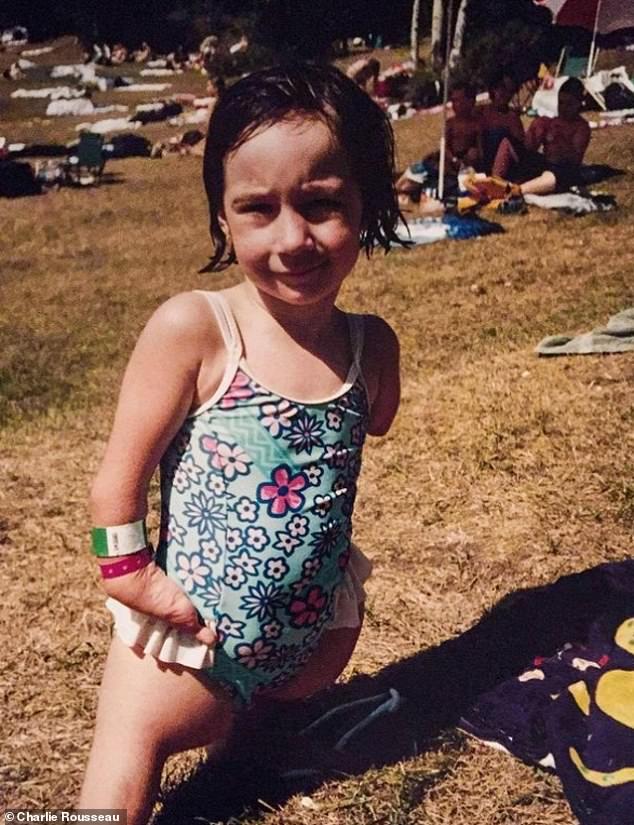 From then, she decided to travel the world, and experience other opportunities – and despite confessing she finds it difficult to carry her bags, and does struggle in airports – she he has since visited  Mexico, Ibiza, Portugal and Australia.

It was around this time that Charlie started a TikTok and Instagram page.

‘Initially, it was to share my photos with family and friends, so they all could see my journey,’ she added. ‘I never started them to become an influencer. But soon, I was getting comments and so many people started following me.’

One video Charlie shared which showed her driving her adapted car has been viewed 3.9 million times on the social media platform. 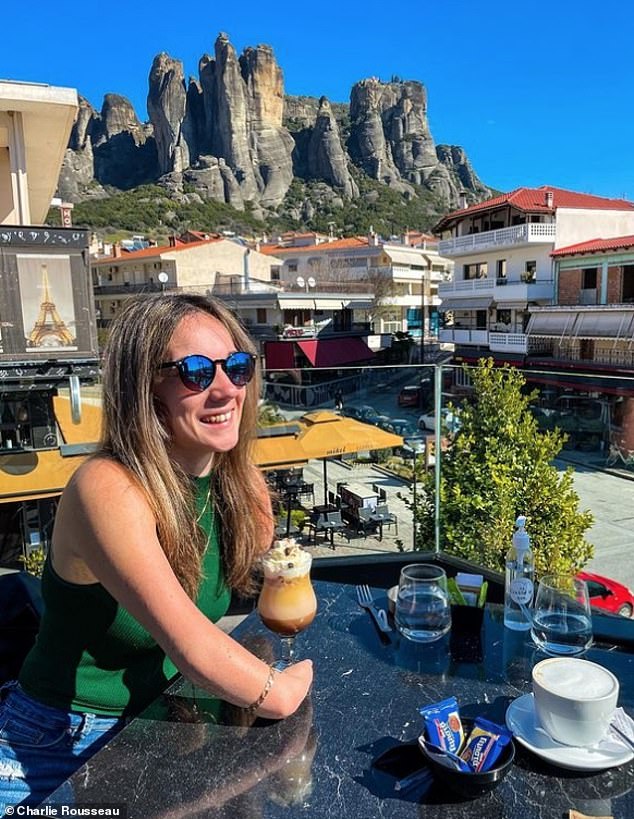 The radio host, who confessed she struggles with carrying her bag and travelling through airports, loves exploring different parts of the world 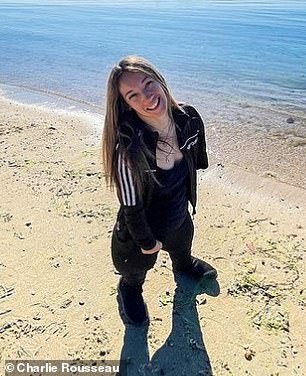 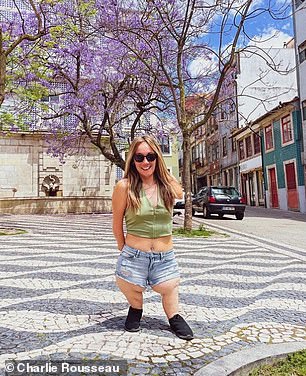 She spent several years travelling to different parts of the world, before she returned to Canada during the pandemic

But due to the pandemic she had to abandon her travels, and return to Canada.

She said: ‘I was inside in lockdown for weeks, I was just on my own, my family was very worried about me.  So I flew back to Canada, I was very sad my trip came to an end.’

By winter 2021, Charlie was desperate to get back on a plane and she eventually made it to Mexico. And in January this year, she finally made it back to Britain.

Many of Charlie’s followers love her upbeat positive character, despite her daily difficulties.

She posts videos of her struggling to complete basic tasks, such as straightening her hair. She finds it impossible to tie her hair back in a band. 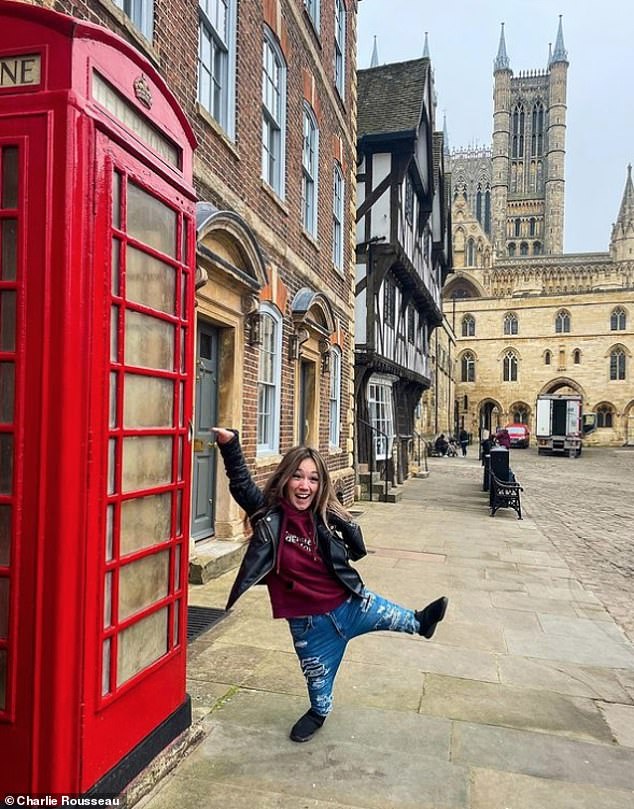 Charlie first travelled to Britain in September 2019 but had to leave due to the pandemic, and she finally returned in January this year to finish her trip

Charlie has never looked into surgery, however she has been given prosthetic legs but she sometimes prefers just to use her own two legs.

Charlie has said, that now she’s older, and now she understands what happened, according to her mother, she may one day decide to look into it – but for now, she wants to continue with her dream to work and live remotely, and see the world.

‘No one knows how long they’ve got here, don’t waste that time,’ she added. ‘Make friends, go out, go to that restaurant, take that flight. Say yes!’