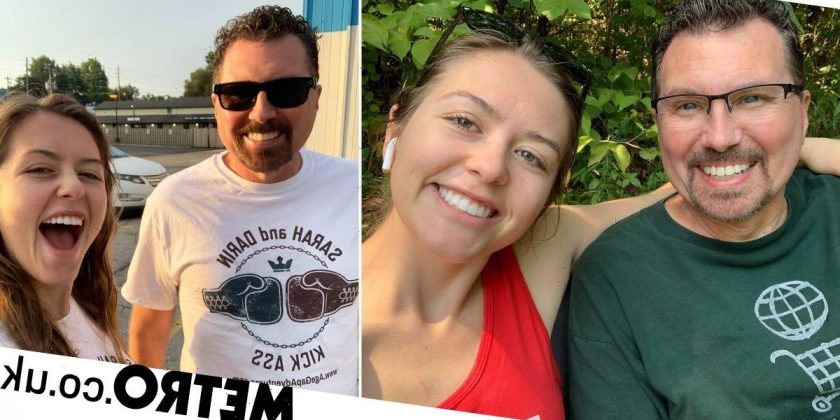 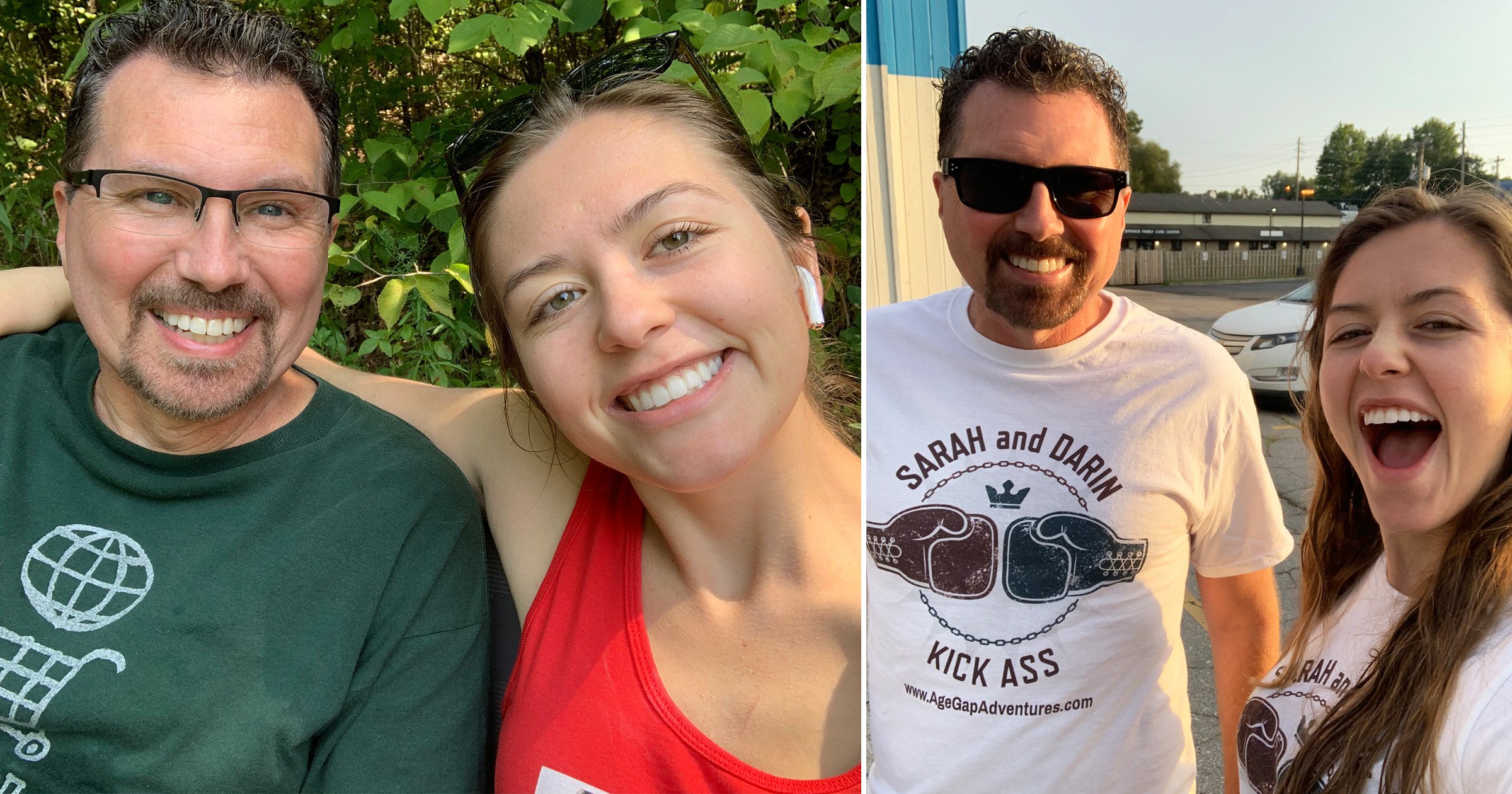 A married couple with a significant age-gap in their relationship have revealed that they get abuse and criticism from people who don’t approve.

Youtubers Sarah Henderson, 27, and Darin Henderson, 55, eloped in January this year, only three months after their first face to face meeting.

The couple from Kansas City, Missouri, USA began talking in the comment sections of one another’s YouTube channels when they decided to finally meet in person.

Now, eight months after tying the knot, the pair say they are often forced to defend themselves against bullies who claim Sarah is a ‘gold-digger’ and Darin is a ‘pervert’

‘I dislike it when people call Darin a pervert but it’s also easy to brush off,’ says Sarah. ‘I know he’s not and that word is so far from describing him that it just seems absurd.

‘I’ve been called a gold-digger once or twice. But this is so untrue as Darin does not bring in a huge amount of money that I would want to be with him for that reason.

‘I adore him for his humour, his love, his kindness. Not his money.’

In their first face-to-face meeting, Darin drove 12 hours from Missouri to visit Sarah, who lived in Michigan at the time.

‘I drove away from our first meeting absolutely in love because she was everything that I thought she would be plus more, I was sky high driving away that night and giddy,’ says Darin.

‘I watched all of her videos and I knew that I like her a lot. We then started emailing back and forth until we spoke on the phone.

‘We connected very quickly, I ended up enjoying it a lot.’

Sarah’s dad was initially reluctant to accept the 55-year-old in his daughter’s life, however after an uneventful meeting with him only a few weeks ago, Sarah and Darin are confident he is warming up

‘My dad was scared for me, my dad thought I was a young vulnerable girl,’ says Sarah.

‘He said that I recently got out of a relationship and that I’m impressionable. He was not very happy about things at first, my mum wasn’t as well but mum and Darin get along really well.

‘I knew Darin was really special; I didn’t know I was as going to marry him so quickly but there was a strong connection, and I didn’t want to deny that was true.

‘There was a spark, he was really romantic and sent me lullabies and songs and I loved who he was.’

After starting their own YouTube channel – AgeGapAdventures – the couple say the feedback has been mostly positive, however the trolls do get to them sometimes.

‘An assumption is that I’m a pervert, I worry about that. People think that I only like her because she’s young,’ says Darin.

‘It’s surprising because she’s 27 and she’s an adult, it’s not like I fell in love with a twelve-year-old.

‘I kind of feel that at times, people think that we don’t have anything to talk about, which is crazy because we talk all the time, we are together 24-hours a day and we never run out things to say.

‘But luckily, most people just love us as a couple.’