It’s been a minute since we checked in on Steve Karamitsis, the Greek-Australian everyman played by Nick Giannopoulos in the Wogboy films. A onetime king of the nightclub scene, Steve briefly became a full-blown celebrity when he was vilified on TV as a dole bludger then managed to turn the tables. 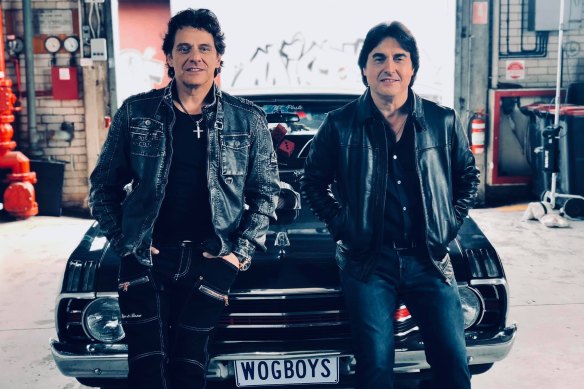 So what’s been happening with him lately? Not much, it would seem. The Steve of Wog Boys Forever is a dejected, socially awkward taxi driver living quietly in a small unit in what looks to be Melbourne’s inner north, well into middle age and still mourning his break-up with the Greek woman he wooed and won in The Wog Boy 2: Kings of Mykonos.

As the film’s sole writer, Giannopoulos is evidently keen to pre-empt accusations of irrelevance, allowing different characters to describe Steve as a “has-been” and as ready for the pension.

The trouble is, just because you say it out loud doesn’t make it not true. Giannopoulos may be a generation younger than the 80-something Paul Hogan, but his subdued yet hammy presence recalls the Hogan of the recent, little-seen The Excellent Mr Dundee, another listless comeback vehicle for a comic who often looks as if he would rather be anywhere else.

Both films feel almost as out of touch as their respective heroes, too removed from present-day reality for effective satire. In the world of Wog Boys Forever, not only does Steve’s old nemesis Derryn Hinch still host a nightly TV show, but almost every character spontaneously tunes in to witness Steve being publicly shamed once more.

Still, the director Frank Lotito has an eye for Melbourne locations if not for much otherwise, and while there are far more characters than the plot strictly requires, this at least acknowledges that the word “multicultural” today covers more ground than it tended to in the 1980s and ’90s when Giannopoulos and his mates set out to make the most of the “wog” brand.

The strongest moments of both drama and comedy come from one of the stayers, Vince Colosimo as Steve’s old mate Frank, who’s now married and wealthy but hasn’t lost his cocky style, Versace tracksuit and all.

As ever with this series, the attitudes towards women are a nightmare. Even a far more skilled director than Lotito might struggle to make sparks fly between Giannopoulos and his much younger new love interest Sarah Roberts. 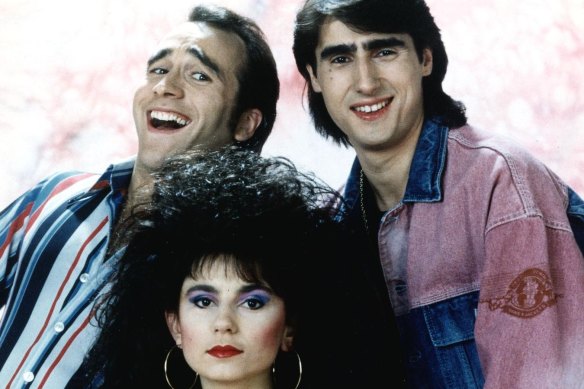 Possibly the incisive social commentary went over my head, but there were points when I felt I might be learning more about the filmmakers than I wanted to know.