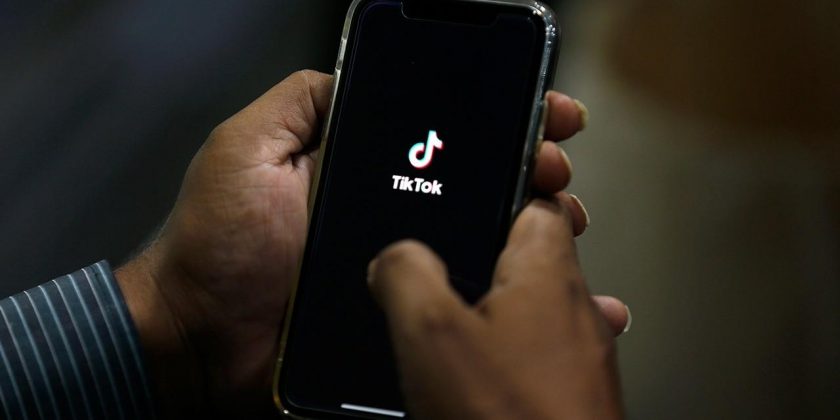 TikTok officials in the dark about future of company as deadline looms: Gasparino

FOX Business’ Charlie Gasparino gives an update on the possible sale of TikTok and bids for the New York Mets.

The newly minted Oracle-TikTok deal faces a review by the Trump administration, which could still follow through on its threat to ban the app. And if it does, it will mean the loss of a major source of news for a generation of young people.

I know I may sound a bit dramatic calling the wildly popular short video app, owned by Chinese company ByteDance, a major source of news. It’s best known for its entertainment content where millennials and Generation Z (those born after 1996) can spend hours scrolling through dance videos and comedy skits, and at least according to the White House, for providing the communist Chinese government a target-rich environment for espionage (It’s unclear if the trusted partnership reached by Oracle and TikTok on Sunday night will meet the White House’s standards for them to approve the app remaining in the U.S.)

But hear me out on this one: There is a growing body of evidence that TikTok, for all its silly content and alleged use by the Chinese government as a surveillance tool, is a serious place for young people to find out what's going on in the world.

BYTEDANCE CHOOSES ORACLE OVER MICROSOFT FOR TIKTOK'S US OPERATIONS

Let's start with the very real fact that young people – say people below the age of 35 – consume news differently than Gen Xers or boomers. They get their news, studies show, via their smartphones and through social media apps.

And here's where TikTok comes in. The app's popularity has grown immensely, particularly with millennials and Gen Z. It boasts more than 100 million monthly active users in the U.S., largely from this demographic.

More telling, TikTok hashtags (a way to group similar content) show videos pertaining to news have become a user favorite. The “news” hashtag or #news has been watched 5.8 billion times in roughly the last year while other news hashtags such as videos with #tiktoknews have been viewed 2.6 billion times, and videos with #technews have 132 million views, in roughly the last year according to publicly available information on TikTok.

To be sure, a lot of TikTok's news content isn't exactly what you will find in the Wall Street Journal, New York Times or FOX Business.

Yes, some of it includes straightforward clips from major networks, political speeches, interviews and other political events. But much of it involves commentary by young liberals and conservatives opining on their respective viewpoints on the news of the day – strident viewpoints on a subject that allows them to explore issues more deeply, several TikTik users told me in preparation for this column.

“In 15 or 30 seconds, a TikTok video can call attention to something, and give me an alternative viewpoint,” Patrick, a 28-year-old management consultant, told FOX Business.

Logan, a 17-year-old high school senior who is a frequent user of the app's news content, adds that TikTok often sparks interest in a topic he doesn’t know much about. “Seeing videos about social justice makes me more interested in the topic; but you don’t always know the truth of what you’re seeing, so you have to fact check.”

TIKTOK SUES TRUMP OVER THREATENED US BAN, CALLING IT AN ELECTION PLOY

Wall Street analysts covering the company say TikTok's news value is an underappreciated part of the product, but it's also why companies like Microsoft and Oracle are eager to buy its U.S. operations while the company battles with the White House.

These big tech players believe they can leverage TikTok's business model in ways that can generate big advertising profits.

“What started out as an app for dance videos has expanded widely—it’s used for news and cooking and travel,” LightShed Partners’ Rich Greenfield told FOX Business. “It’s a highly addictive format, used by consumers every single day, many times a day.”

People have been getting news from social media for years now and the medium has faced criticism for being the Wild West of news. Facebook came under fire for allowing misinformation on its platform that may have swayed voters in the 2016 election.

Likewise, Twitter has been under the microscope for allowing inaccurate facts to stay posted online; more recently they’ve moved to flag possible errors. Questions have swirled whether these companies should better monitor “fake news” as they are pressured to embrace the responsibility their platforms entail.

TikTok has its share of fake news, misinformation and political manipulation, which may be another reason why Trump supporters are looking to ban it (the hashtag #fakenews has 343 million views over the last year.)

Some political insiders believe TikTok may have been put in the White House's crosshairs following an effort from some leftist influencers to sabotage Trump’s rally in Tulsa, Okla., in June at the BOK Center. These influencers told their followers to register for free tickets and stay home — preventing many actual attendees from going to the event and causing the president to look silly, boasting about a sold-out stadium when actually a much smaller crowd showed up to the event.

Another downside to TikTok's news platform: News is often pushed on users by algorithms that tend to track users’ preferences. So instead of being a market place of ideas, TikTok can simply reinforce beliefs that the algos pick up.

“People are using it to spread information and news,” Greenfield added. “The user cases are diverse which is a core part of the strategy.”

And many users know how to navigate around whatever the algos are pushing.

“There are engaged people creating content — they tend to be further from center but they’re attuned to what is happening," added Patrick. "It’s nice to hear the stories that get missed on Apple News.”