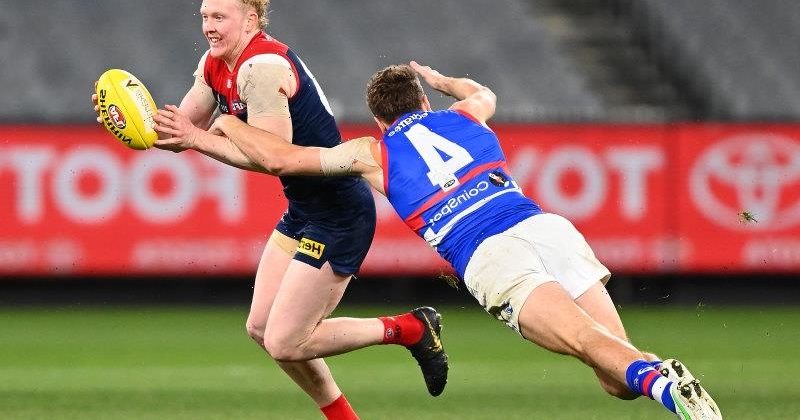 This week on the Real Footy podcast, Michael Gleeson, Jake Niall and Caroline Wilson look ahead to the grand final, from injury worries to Norm Smith Medal predictions and more. Are Melbourne disadvantaged by the pre-grand final bye? What changes will the Bulldogs make to their team? Which players are the difference-makers?

We also take you inside Brownlow night, where Ben Cousins was in high demand for selfies, and discuss whether it will be held on the Sunday or Monday night before the grand final going forward. Plus, does the media and coverage of the big names in football have any impact on Brownlow votes, especially given this year’s high tallies for several players? And how does Ollie Wines’ 2021 season compare to Dustin Martin’s 2017 season, given both players now hold the record for most Brownlow votes in one year under the 3-2-1 system?

We also discuss some off-field news, including the new carve-up at the AFL in the wake of Brad Scott’s appointment to the football department at league HQ, and why community footy should be a strong focus, along with the match review system and umpiring. As Brian Cook takes the reins as Carlton CEO, how will his arrival affect the Blues’ search for a coach? At what point should the club stop chasing Alastair Clarkson as coach? And what changes might be coming at board level?

Most Viewed in Sport