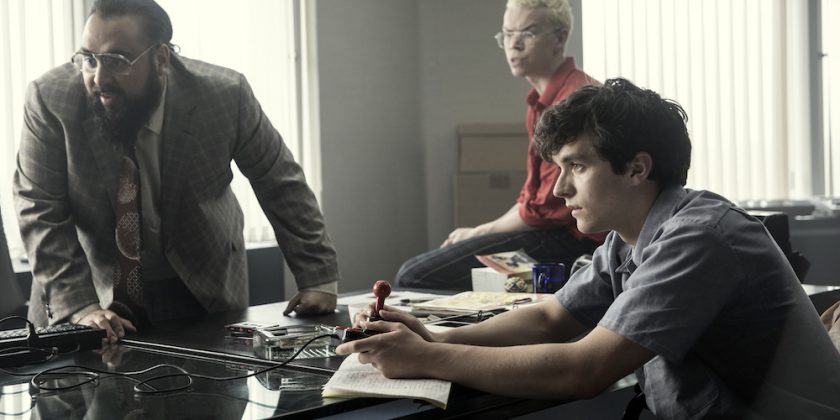 Actor Will Poulter has announced that he is taking a “step back” from Twitter and reassessing his “relationship with social media” following abuse from online trolls over his looks in new “Black Mirror” episode “Bandersnatch.” Poulter tweeted Wednesday night that the move was “in the interest of my mental health.”

The British actor, who turns 26 later this month, said he made the decision “in light of my recent experiences.” “I’d like to say a heartfelt thank you to everybody who has watched ‘Bandersnatch’ and for their responses (whatever they may be) to the material we created,” said Poulter, pointedly highlighting the word “material.”

“As we all know there is a balance to be struck in our engagements with social media. There are positives to enjoy and inevitable negatives that are best avoided,” continued Poulter. “It’s a balance I have struggled with for a while now and in the interest of my mental health I feel the time has come to change my relationship with social media.”

“Bandersnatch” debuted on Netflix last Friday. The special interactive episode, directed by David Slade and set in 1984, allows the audience to select the fate of actor Fionn Whitehead’s character, an aspiring video game designer, as he adapts a “Choose Your Own Adventure” novel. Poulter plays the more experienced programmer Colin Ritman and sports a head of spiky bleach-blond hair instead of his usual sandy brown locks, leading some trolls to call him “ugly.”

Poulter’s “Detroit” co-star John Boyega expressed his support for Poulter’s decision to take a break from social media. “Best thing you can do mate, well done,” tweeted Boyega, who was previously vocal in calling out trolls for abusing and harassing “Star Wars: The Last Jedi” co-star Kelly Marie Tran, who quit Instagram last June. Poulter’s message was also met with an outpouring of support from fans.

Poulter said he would continue to post occasionally for and with the Blueprint Theatre Company and a number of charitable causes, including an anti-bullying campaign. He said he hoped “this shift to reduce my personal expression and increase the focus on issues that matter will result in a better outcome for everyone.”

The actor signed off: “This is not the end. Consider it an alternative path.”

Poulter, who as a teenager gained attention in Garth Jennings’ 2007 British comedy “Son of Rambow,” found wider fame in U.S. movies including “We’re the Millers,” “The Maze Runner” franchise, “The Voyage of the Dawn Treader” and Oscar-winner “The Revenant.”