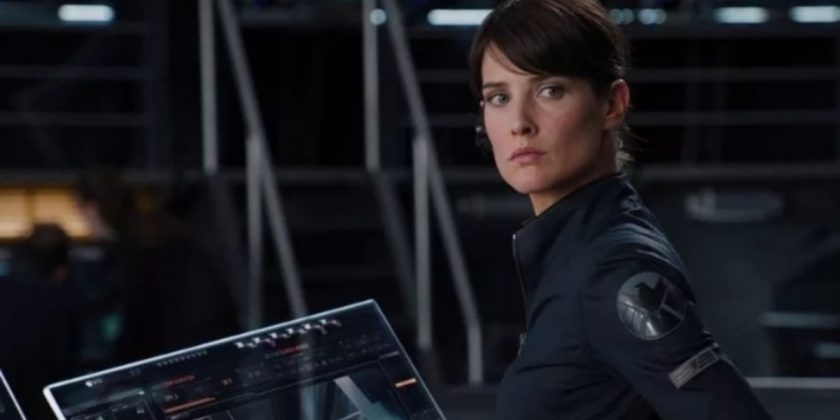 Marvel fans worldwide are still trying to recover from the first Avengers: Endgame trailer, but coping with those glum-looking superheroes is admittedly a little difficult. With half of the Avengers gang vanishing into thin air as a result of Thanos’ snap in Infinity War, the Endgame mood is bleak with no sign of disintegrated characters’ returns in sight. After that chaotic Avengers 3 post-credits scene, will Maria Hill be in Avengers 4? Cobie Smulders can’t reveal much about her agent character’s fate, but she shares with Elite Daily everything she can before Marvel blessed us with the new trailer.

Like her Marvel colleagues, Smulders is determinedly tight-lipped about what Endgame has in store, and while she can’t say much about the possibility of Commander Maria Hill or superheroes being revived from dust, Avengers 4 set photos have seemingly confirmed the appearances of both Maria and the vanished Nick Fury (Samuel L. Jackson) in the film. Fans well-versed in their Marvel movie schedules may also know that Maria will have some kind of role in Spider-Man: Far From Home, due in theaters in July 2019.

"I got to work with Sam and we got to see a little bit more of them and their world in the Spider-Man movie," Smulders hints about the summer sequel, which will be the first Marvel film to follow Endgame. "On the big Avengers movies, there’s always too much going on [and] you don’t get to see it, so it’s fun to jump into these other movies and see a little backstory."

Endgame‘s premiere in April 2019 signifies a significant transition in the Marvel Cinematic Universe. Following the movie’s debut, the company will kick off what it’s calling "Phase Four," which likely includes films focusing on the newer batch of heroes introduced in the last few years. As original Avengers actor Chris Evans has been vocal about his Marvel contract ending, speculation about other longtime stars’ franchise departures is still strong, suggesting that the MCU will look very different by next year. 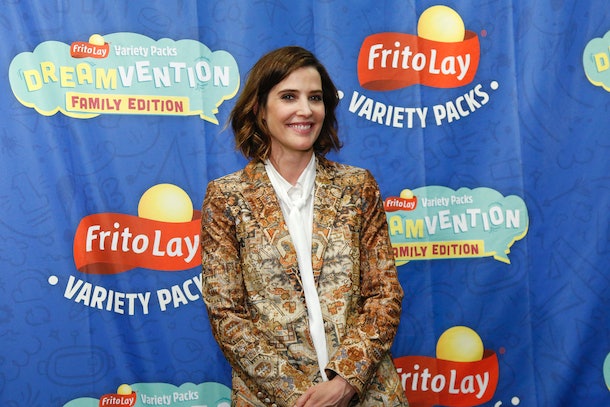 While Maria’s post-Endgame role is uncertain, Smulders appreciates her time spent within the growing Marvel legacy. "We did a whole Vanity Fair thing where it was like 10 years of Marvel, and it was really intense looking around the room, looking around this warehouse at all the people involved," she says. "Not only just the actors that you love and are inspired by, but also the writers, also all the directors…You feel like you’re a part of history, which is very exciting."

Maria might have disintegrated alongside Fury in Infinity War‘s post-credits footage, but the Friends from College and How I Met Your Mother actress is alive and well IRL. Recently partnering with Frito-Lay Variety Pack’s Dreamvention program, Smulders supports families who work together creating inventions that solve everyday parenting problems. With five finalists now left in the competition, the public can vote on the remaining prototypes until Jan. 6, after which the winning family will be awarded $250,000.

"I have two daughters and we sort of play in a project-based structure where whenever’s there an activity, I find that that’s when we can all focus and spend our time together," says Smulders. "I wanted to help promote the idea of families spending more time together…I think every family also has an everyday problem that they want to solve." 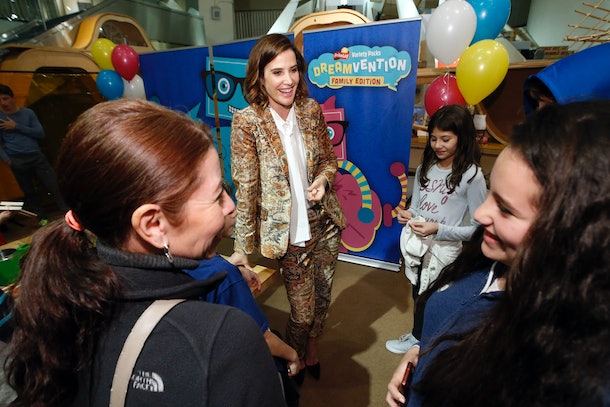 In addition to empowering families with a spark of creativity, Smulders has high hopes for the future of women in the Marvel film franchise. "I really like Black Widow [and] I’m really excited to see what her movie is going to be like." she says. "Back in the day, it would be, ‘OK, you’re Batman, you’re Spider-Man, and you’re Wonder Woman, and there can only be one Wonder Woman, so you can’t play with us.’ And now it’s so much more inclusive, not only in terms of diversity [and] just seeing faces that look like the world today, but also having different characters to play within that type of diversity."

We may have to wait for more trailer clues to guess how Maria Hill makes her mark on Avengers 4, but if there’s anything Smulders has taught us, it’s that the Marvel world is in good hands with its ever-growing band of characters.