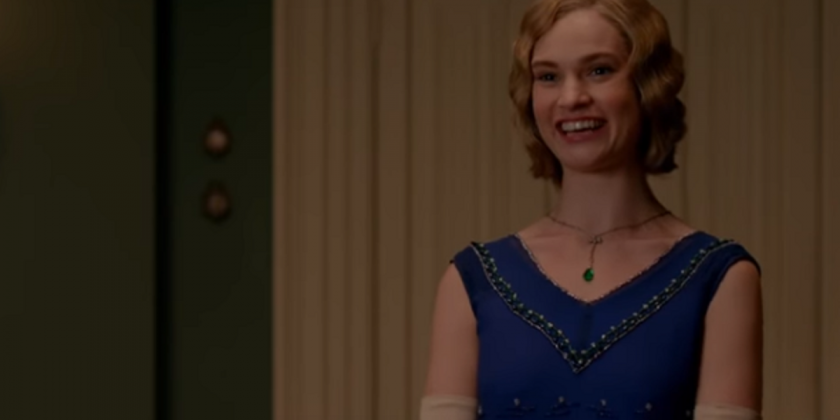 Before she was the dancing queen of Mamma Mia! Here We Go Again, Lily James was the Crawleys’ mischievous cousin Lady Rose MacClare on the PBS period drama Downton Abbey. Joining the series halfway through its run, James’ character eventually married and moved to America, but it looks like she’s not making the overseas trek for the upcoming movie adaptation. Will Lily James be in the Downton Abbey movie? The actress has already said she wouldn’t appear in the film, and now the series creators have explained why.

The official news of a Downton Abbey movie broke this summer, promising the return of the majority of the series cast. However, James, who appeared more sporadically in the show’s sixth and final season, was quick to debunk speculation about whether she’d step through the doors of Downton again. Speaking to People in July, she said:

Anyone craving juicy drama about the choice will have to wait until the movie’s release for scandal, because the Downton Abbey creators have basically echoed James’ clean explanation. Speaking to Entertainment Weekly more recently, executive producer Gareth Neame and creator Julian Fellowes confirmed that leaving Rose out of the story was a matter of logistics. Fellowes told the magazine:

Neame also pointed out that Rose’s marriage to Atticus Aldridge was essentially the character’s finale moment. The couple appeared briefly in Season 6, but their ties to Downton aren’t as prominent as other characters’ connections are. Neame told EW:

Taking place 18 months after the series finale’s closing moments on Jan. 1, 1926, Downton Abbey will include an event that, according to director Michael Engler, "brings everybody together." The film’s teaser trailer also included a lengthy roster of its main characters, featuring the immediate Crawley family and their band of longtime servants. While we can probably count on a quick mention of Rose to ensure that America’s treating her well, the idea of focusing on the characters we’ve known since Downton Abbey’s very beginning feels sweetly fitting.