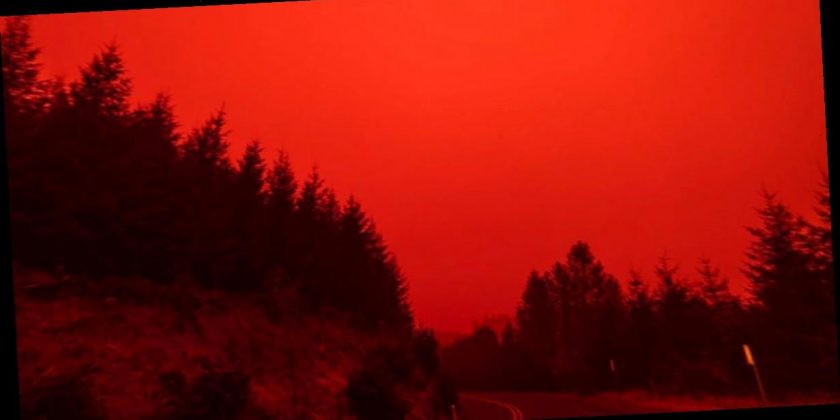 Record-breaking wildfires in the western U.S. have turned skies shocking shades of bright red and orange this week, thanks to a relentless and unprecedented fire season across multiple states. Social media users are sharing “apocalyptic” photos of the hazy sky, comparing it to the planet Mars, the film “Blade Runner 2049” and the shows “Stranger Things” and “Avatar: The Last Airbender.”

Parts of Washington, Oregon, California, Idaho, Nevada, Arizona and Utah are currently under critical and elevated risk of fire weather, according to the National Weather Service. Air quality in some regions has reached hazardous levels, and tens of thousands of firefighters are battling day and night to contain the thousands of fires. 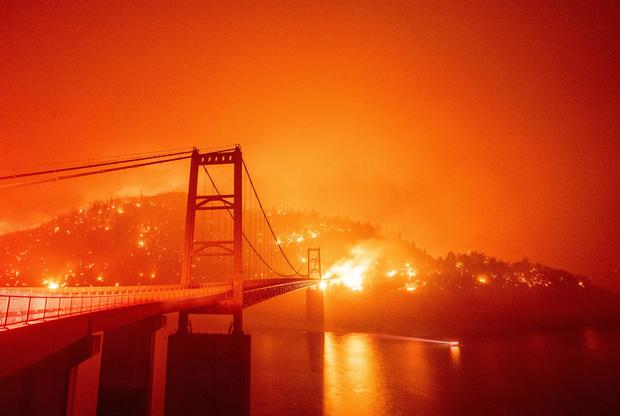 Oregon Governor Kate Brown declared a wildfire emergency on Tuesday and ordered evacuations throughout the state. Most Californians remain under Red Flag Warning as the state surpassed its wildfire record. Washington Governor Jay Inslee said this week that more acres burned on Labor Day “than in 12 of the last entire fire seasons in the state of Washington.”

According to NASA, the color-changing skies are a result of smoke particles, which block certain wavelength colors from the sun. 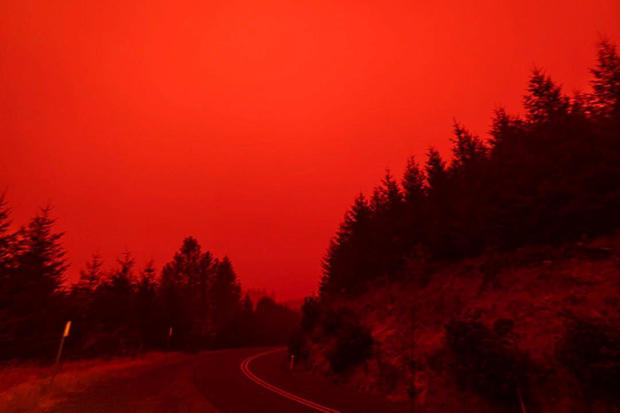 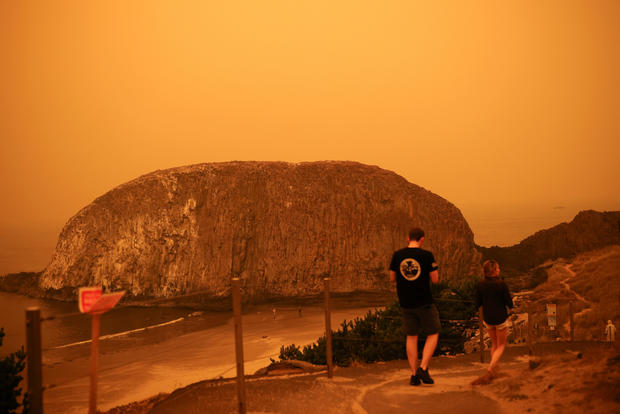 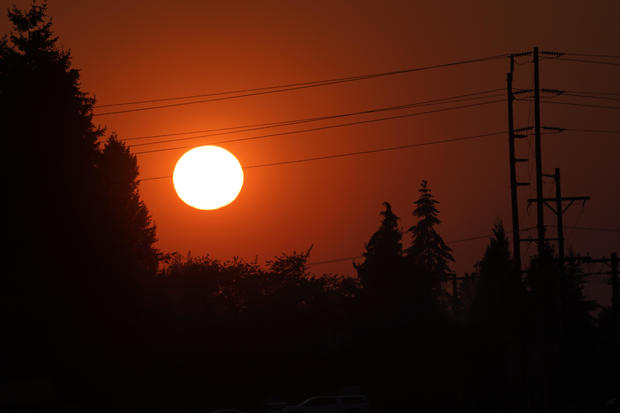