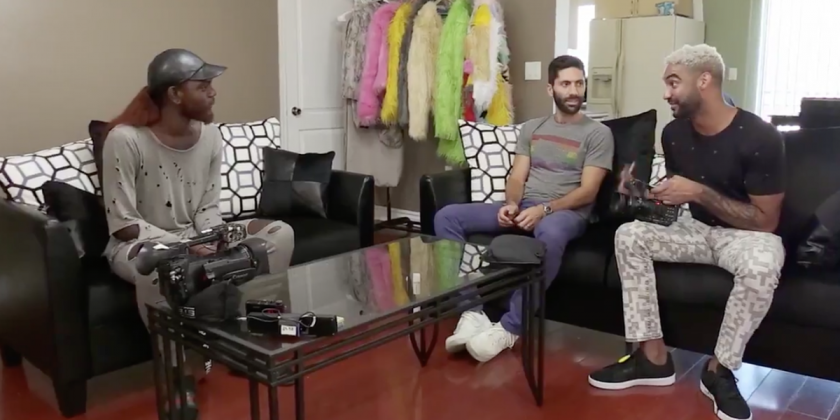 As most people have learned by now, the internet can be your best friend one minute, and in the next, your worst enemy. For one, it tends to give people the courage to say things from behind a keyboard that they wouldn’t in real life, which is a lesson some have to learn the hard way, including Catfish‘s latest features, Truth and Ray’Quan. They met in an Instagram group chat created by a mutual internet friend (keyword: internet) and decided to chat privately. From there, so much got lost in interpretation, and Nev was tasked with helping them find it. Where are Truth & Ray’Quan from Catfish now? Well, it’s unlikely they’re still internet friends, to say the least.

Truth is a fashion blogger and model based in L.A., and when he found himself in a group chat with Ray’Quan and his friend Kevon, he couldn’t help but notice a flirty undertone in Ray’Quan’s messages. That’s when he decided to message Ray’Quan separately, and they continued to chat and flirt for six months.

Routine for most Catfish episodes, Truth said he began to notice the typical red flags that tend to reveal falsehoods — an inability to FaceTime, which is always the first sign that something is up. Meanwhile, he began dating another person, a girl named Cierra, who knew nothing about his online relationship with Ray’Quan. That’s why he reached out to Nev, and his sidekick of this episode, Zeke Thomas, to help him set the record straight with them both.

In bringing Nev and Zeke up to speed about his friendship with Ray’Quan, Truth mentioned Ray’Quan’s occasional disinterested tone during certain conversations. Truth would say, "I love you," and Ray’Quan would brush it off as if he was hiding something.

After doing some research, Nev and Zeke were unable to determine whether or not Ray’Quan’s account was real, so they resolved to calling him and attempting to arrange a meeting. After ignoring them multiple times, Ray’Quan begrudgingly agreed to meet.

To everyone’s surprise, when Nev carried out his infamous role of door-knocker, the real Ray’Quan answered. But he wasn’t happy. He didn’t understand why Catfish was contacted at all because he was never hiding anything. He claimed he didn’t FaceTime Truth because he never felt like it, and although he flirted a little bit, he said he was never romantically interested, and that Truth completely misinterpreted his messages.

That realization definitely rocked Truth, who also found himself in a bad place with Cierra after finally getting her up to speed. Ultimately, the situation got emotional for everyone involved, and they all had a hard time keeping their cool and talking it out, so they decided parting ways was the best idea. No happily ever after.

In the two month post-filming follow-up, Truth told the guys that he was focusing on himself and himself only. Ray’Quan admitted he wished the situation would’ve been handled with less animosity, and said that he really wants the best for Truth.

Now, they’re both living their best lives, separately. And Truth must not be holding a grudge, because he posted an Instagram video recently encouraging his followers to let go of hateful feelings.

Good for him. And hopefully, he takes Zeke’s advice to be more careful when it comes to making friends on the internet and letting people in. But that can be hard to do, right?