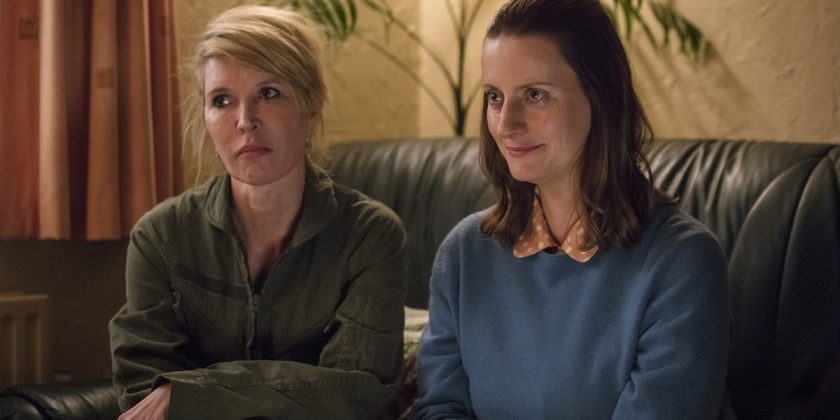 With a name like Sally4Ever, it may come as no surprise that the show is as original as its name. The series — whose Season 1 finale airs Sunday, Dec. 23 on HBO — follows Sally (Catherine Shepherd) as she begins dating a woman named Emma (Julia Davis) after dumping her dead-beat fiancé. However, Emma’s a bit of an oddball, too — maybe even a sociopath. So although the plot is fresh and exciting, it’s too soon to tell whether Sally4Ever will return for Season 2.

As a bit of background, the series was a joint production between the British network Sky and HBO, according to Deadline. "They say never work with your heroines, balls to that Julia’s as much fun to work with as her shows are to watch," Jon Mountague, head of Sky Comedy, told the outlet. Sally4Ever was announced in May 2018, per the same report, premiered in October back in the UK, and arrived on HBO in mid-November.

The show has followed Emma and Sally’s weird, tumultuous love story that is equal parts horrifying and hilarious. "[Emma’s] a slightly vacuous, opportunistic woman, who wants to be an actress and a musician and lots of different things," Davis told the Independent. "She sort of infiltrates Sally’s life." It’s obvious to viewers that Emma’s completely depraved, doing things like redecorating Sally’s apartment with horrifying knick-knacks, then claiming it’s shabby-chic. "It’s fun to play horrible people," Davis said in the same interview, "and to sort of channel my annoyance at people who are like that." 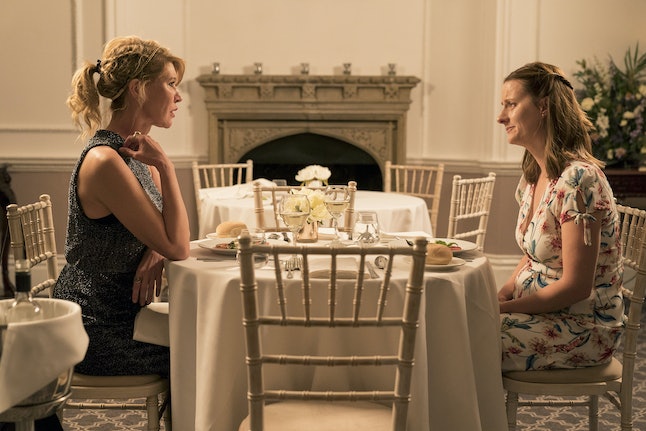 And although Sally and Emma are in a lesbian relationship, Sally4Ever doesn’t call attention to the fact. "It’s just humans seeking connection, really," Davis told HBO in an interview. "I don’t know how much the lesbian aspect of it is actually that important, although it was interesting to explore two women together."

Davis, who both created and starred in the show, is well-known in the U.K. for her irreverent comedy series like Nighty Night and Hunderby. But if Americans don’t know those titles, they’ll certainly recognize her show Camping, which Lena Dunham recently adapted for HBO. Davis’s brand of off-kilter, cringe-inducing humor is certainly a fixture of Sally4Ever.

However, the creator told Vogue that often, she doesn’t realize how weird a scene is until after they film it. "I think there are different kinds of humor throughout the show," she said. "I can imagine it’s going to be an acquired taste. It could be that not everyone is going to love it. But at the core, there is a dramatic story running through, regardless of all the comedy and uncomfortableness." Indeed, although their relationship is nothing short of flawed, Sally and Emma care for each other — although they have a weird way of showing it.

So with all that said, will Sally4Ever be gone forever? Although there’s been no announcement regarding Season 2, audiences can reasonably assume it will return. The show has received stellar reviews, and that it was a crossover success should inspire confidence. But even if it doesn’t come back, Davis has certainly made her mark on American TV — literally, in the case of that unfortunate wedding dress scene.