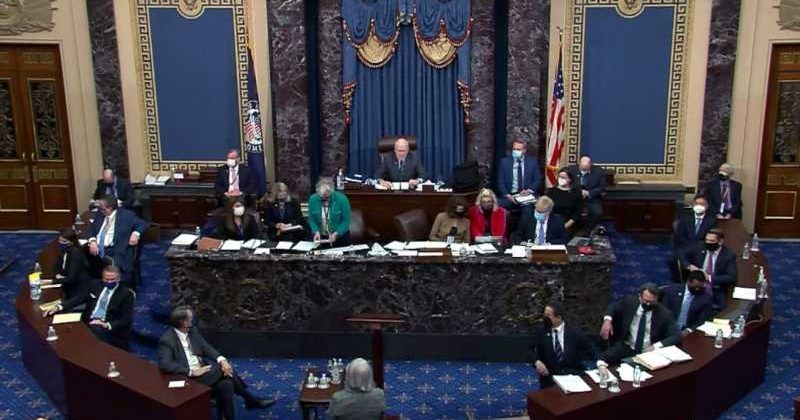 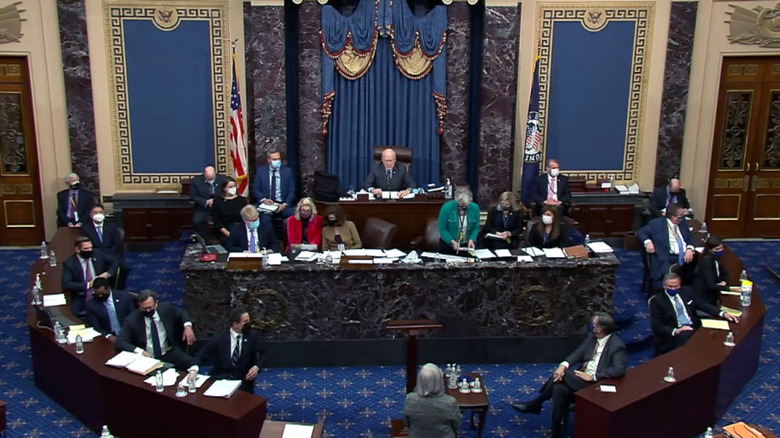 It might have had informal support from both sides of the political aisle, but when it came down to an actual vote, GOP senators opted to shoot down a proposal from the House of Representatives that would have formed an independent commission aimed at looking into the uprising that engulfed the U.S. Capitol on January 6. The matter needed 60 “Yes” votes, but in the end broke 54 to 35, and the motion failed.

Six GOP senators, including Alaska’s Lisa Murkowski, Utah’s Mitt Romney, Nebraska’s Ben Sasse, and Maine’s Susan Collins broke ranks; 11 other senators, including Arizona Democrat Kyrsten Sinema, were absent from the floor (via The Washington Post). The six Republican senators even got a social media shoutout from Wisconsin Rep. Liz Cheney, who tweeted: “Thank you to Senators Cassidy, Collins, Murkowski, Portman, Sasse, and Romney for voting for truth and defense of our constitution. History will remember those who put country ahead of politics.”

The numbers might look baffling to all but the most diehard legislative experts and enthusiasts, but it all came down to a legislative procedure known as the filibuster, which is required to move forward on just about any bill today (via The Daily Beast).

The filibuster dates back centuries 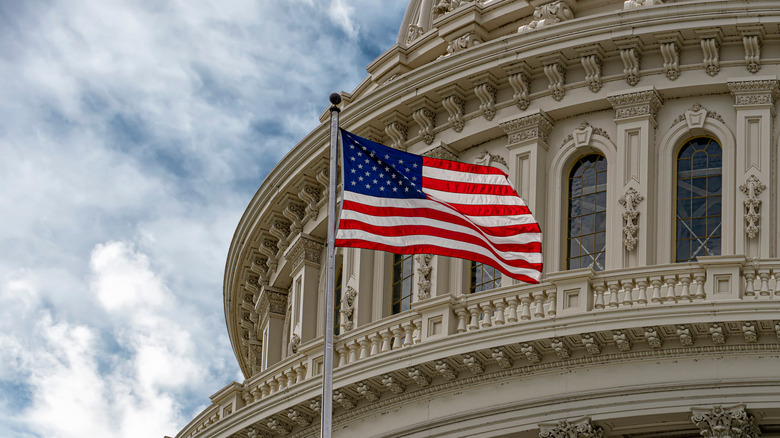 Former Secretary of Labor Robert Reich describes the origins of the word on Twitter, saying “Filibuster” comes from the Dutch word “vribuyter” — which meant “robber,” “pirate,” or “plunderer.” In its original form, the word came to refer to the strategy of using long speeches to delay a vote on pending legislation, or as the U.S. Senate put it, it was a way of “talking a bill to death.”

Unlike many processes that govern the workings of the state, the filibuster doesn’t get a mention in the Constitution, but the U.S. Senate says the act of delivering a long speech to delay action on a new law was actually recorded as far back as 1789, when a Pennsylvania senator referred to Virginians in his diary “talk[ed] away the time, so that we could not get the bill passed.” It took more than a hundred years until the Senate could do something about these long-winded speeches, and it wasn’t until 1917 that the Senate could end a filibuster with a two-thirds majority vote.

The longest filibuster was undertaken by Sen. Strom Thurmond 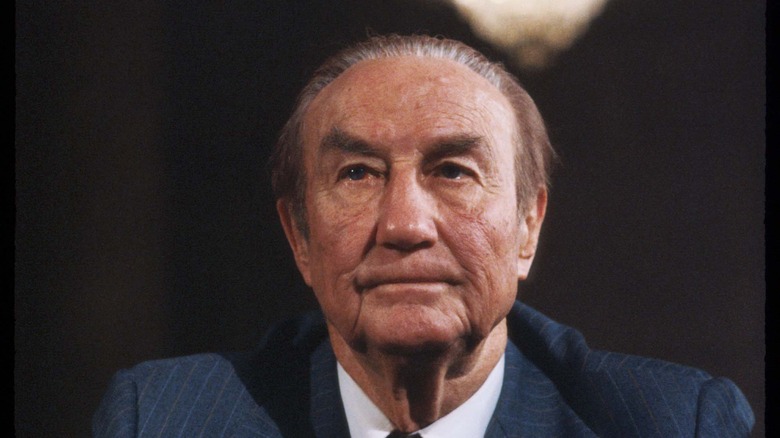 The filibuster isn’t known for stopping the work of legislation in its tracks, but for when it was wielded by those in the Senate. As historian Kevin M. Kruse writes for MSNBC, supporters of the filibuster historically also defended white nationalism, such as South Carolina Sen. John C. Calhoun, who defended the idea of slavery. He also espoused the idea of nullification, or the idea that states could choose not to adopt national developments they didn’t like. Politicians from the South who also supported segregation used the filibuster to keep anti-lynching laws from being enacted, and South Carolina Sen. Strom Thurmond (pictured) famously filibustered from more than 24 hours to keep the Civil Rights Act of 1957 from getting passed (via U.S. Senate).

This is not to say that there have been zero attempts to fix the filibuster. The original two-thirds majority vote needed to kill the filibuster was lowered to three-fifths majority or 60 votes in 1975 — where it is today. The filibuster does not apply to discussions on presidential appointees, or Supreme court picks (via The Associated Press).

Calls to end the filibuster are bipartisan 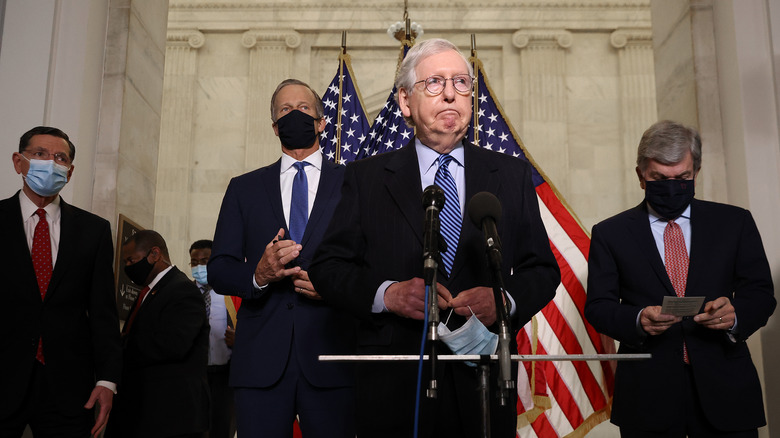 Amending the filibuster rule is, in theory at least, a relatively easy proposition because it only requires a simple majority of 50 plus 1, which the Democrats technically have. Unfortunately, as The Associated Press points out, more centrist, conservative Democrat senators like West Virginia’s Joe Manchin and Arizona’s Krysten Sinema are not keen to support a change to the filibuster rule, while the GOP is in favor of keeping the filibuster, so technically at least, any hopes of being able to change the rule are slim to none.

But that hasn’t kept many angry voices from taking to social media to call for change — especially now that the January 6 commission was effectively killed by the filibuster rule. Tony Fratto, former White House deputy press secretary under George W. Bush, said on Twitter: “I used to defend, but I’ve flipped: the filibuster has to go. It’s hard to come up with a good reason for it these days. Failure of 1/6 Commission should be etched on the filibuster’s gravestone. 36 states don’t have a filibuster and they do fine. Get rid of it.” Ben Rhodes, who worked in Barack Obama’s administration, tweeted: “Our democracy and society is much worse off because these common-sense majoritarian policies were rejected by an extremist party intent on consolidating minority rule. The filibuster is a profoundly undemocratic and corrosive instrument.”