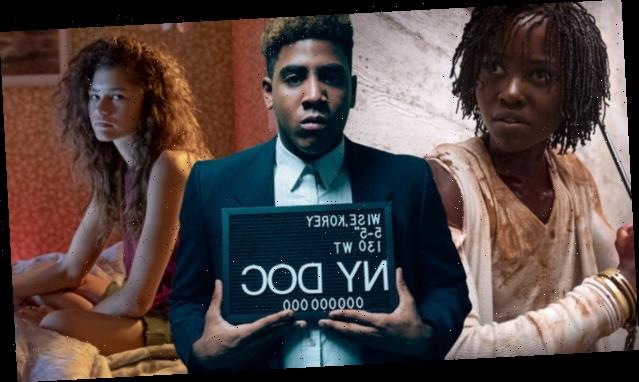 Social media had a lot to say once the 77th Golden Globe nominations were announced Monday morning. And for good reason. Once again, the nominees are so white.

No Lupita Nyong’o for playing two tough characters in Jordan Peele’s Us, despite receiving the New York Film Critics Circle award for Best Actress for that role?

No Jharrel Jerome for When They See Us? He won an Emmy in September for his outstanding performance in the Netflix limited series about the Central Park Five, a group of Black and Latino teens in 1980s New York City who were wrongly convicted of rape and sentenced to prison before eventually being exonerated.

No Zendaya for her role in HBO’s Euphoria, where she plays a teen battling drug addiction and depression, who is painfully embedded into several of her classmates’ scary-because-it-happens coming of age storylines? Nor Barbie Ferreira or Hunter Schafer for stunning performances in the same work — Latina and trans visibility also historically lacking on these stages.

No Regina King for kicking ass as Sister Night in HBO’s Watchmen, a series that is loosely based on Alan Moore’s graphic novel and is set in an alternate history with masked vigilantes, ironically, fighting to overcome white supremacy and racism?

Harriet’s Cynthia Erivo was the only Black woman nominated for an acting award (Jennifer Lopez also received a nod for her work in Hustlers, as did Cuban-Spanish actress Ana de Armas for Knives Out, and Awkwafina, The Farewell). The other 16 in those categories were white women. Out of the 40 acting nominations total, only three went to nonwhite actors: Billy Porter (FX’s Pose), Rami Malek (USA’s The Robot) and Ramy Youssef (Hulu’s Ramy).

The recurring theme of these Globe snubs can simply be summed up as #GlobesSoWhite, which is interesting being that it will be five years come January 2020 since #OscarsSoWhite went viral and supposedly opened everyone’s eyes to the industry turning a blind eye to minorities.

That was the same year Academy Awards voters could have made history by nominating the first African-American woman in the Best Director category with Ava Duvernay and Selma, a chronicle of Dr. Martin Luther King, Jr.’s campaign to secure equal rights through the historical march from Selma to Montgomery, Alabama in 1965. Instead, they went with Birdman, a film that was all-male and predominantly white casted, and looking back through hindsight not all that memorable.

Yet, at the industry’s biggest nights, people of color remain largely left out. And it’s not because they aren’t making great art.

Take for instance some of today’s favorite films and television shows that spark thought-provoking conversation by exploring minority layered identities and obstacles like Queen and Slim, Insecure, Mixed-ish, Black-ish, Queen Sugar, Fresh Off the Boat, Vida, Snowfall, How To Get Away with Murder, Power, On My Block, The Farewell. Should we continue?

No Sterling K. Brown for his continuing tear-jerking performances as Randall Pearson, a devoted husband, father and son who struggles with identity and perfectionism in NBC’s This Is Us? He received a Globe for this role last year along with a SAG and an Emmy.

And there wasn’t any love for Orange is the New Black either, which yes has lost some of its hype from recent years, but in its seventh and final season, writers included haunting-but-necessary immigration and detainment storylines that earned critical praise.

The Globes also left out women behind the camera, which sadly was taken as no surprise by some of the female directors who've been texting each other supportively. Honey Boy director Alma Har’el tweeted, “These are not our people and they do not represent us. Do not look for justice in the awards system. We are building a new world.”

Thank you to my @FREETHEWORK global fam, and to @ava @lenawaithe @jillsoloway and everyone that is fighting to build a new world. Love to all the filmmakers out there that are doing this for the people and the stories we need to tell. Let’s go ✊

Ava Duvernay, who co-wrote and directed When They See Us, took to Twitter in response to the series not being nominated, by tweeting, “These things are a cherry on top. The sundae is yummy with or without it. And this one has been particularly delicious.” She continued with another tweet, “WHEN THEY SEE US is trending nationally. A good thing. More light on the Exonerated 5 and the system of mass criminalization this nation has constructed.”

If we want answers to enlighten the “why” here, we need only look to the governing body of the Golden Globes. Unlike the Academy Awards, which are chosen by more than 8,000 professionals within the movie-making industry, including actors and directors, the Golden Globes are selected by approximately 90 international journalists residing in southern California.

The HFPA does not publicly share their exclusive membership roster, but in 2015, Vulture compiled a comprehensive list of active HFPA members, which revealed members from all over the world including Egypt, Hong Kong, Mexico and Dubai. Earlier this year, an HFPA insider told the TheWrap that roughly 40% of current members are over 65 years old, at least five are in their 90s, and the organization “has become an elite where they don’t want any new members” and have only admitted one member last year and another in 2017.

Homeostasis on the inside clearly has effects outside — and perceptions of the number of people of color working in Hollywood, and their impact, continue to be minimized. Duvernay tweeted last week that several non-Black people in Hollywood congratulated her for the films Harriet and Queen and Slim, which she had nothing to do with. Other Black women directors Kasi Lemmons and Melina Matsoukas, respectively, directed those incredible films.

Yes, Duvernay became the first Black female director to lead a $100 million film for Disney’s A Wrinkle in Time, but she is far from the only one. That Black women need to raise a hand and say “that wasn’t me — there’s more than one of us” is painful, insidious, and sheds a little more light on the conditions that left us with yet another lilywhite awards show.

Regardless of how much work people of color are doing in front of and behind the scenes, the message yet again is we cannot expect to be acknowledged. We can not expect the votes to change if the people doing the voting remain the same.