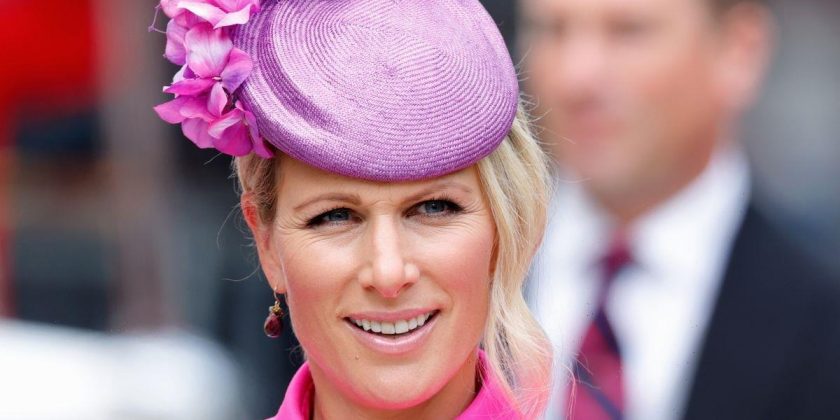 The Queen’s granddaughterZara Tindalldoesn’t hold a royal title, unlike her cousins Princes William and Harry and Princesses Beatrice and Eugenie.

Zara, 41, and her brother Peter Philips are Queen Elizabeth II’s eldest grandchildren, however they don’t hold a HRH status, nor do they participate in royal duties.

However the reason for them not holding royal titles is one that’s been around for centuries.

For all of the latest updates, sign up for OK!'s Royal newsletter

According toExpress, when a member of the Royal Family welcomes a child, tradition dictates that only the father may pass on his title, and the only princes and princesses in the family have fathers in the direct line of succession.

The pair’s father, Mark Phillips, is not in the royal family, so have no title to inherit. Although, reports suggest that it was Princess Anne’s choice not to give her children royal titles.

Former Buckingham Palace press secretary Dickie Arbiter said: “It was a masterstroke of the Princess Royal when she decided not to give her children titles.

“Growing up as a commoner allowed Zara to thrive as her own woman, and there has never been pressure on her to conform. She has benefited from it in all sorts of ways.”

Commenting in 2015, Zara revealed she was “thankful” for her lack of title, stating it opened up further opportunities for her.

She said: “I’m very lucky that both my parents decided to not use the title and we grew up and did all the things that gave us the opportunity to do.”

It’s thought that Zara’s brother Peter was the first legitimate grandchild of a monarch in more than 500 years to be born without a title or courtesy title.

Zara built a successful life as an equestrian, winning a silver medal at the London 2012 Olympic games.

With her husband, Mike Tindall, she now has three children, after recently welcoming baby Lucas Philip, alongside Mia Grace and Lena Elizabeth.

It was recently revealed thatHer Majesty ‘danced around’ upon hearing that Zara had won a medalat the Olympics.

Former royal protection officer Richard Griffin recalled his time with Queen Elizabeth II and said that Her Majesty had been too anxious to watch Zara's competing run at the 2012 Olympic Games.

According to Griffin, the Queen decided to venture out on a picnic to distract herself but inevitably asked him to check how her granddaughter had done.

Speaking to Sky, Griffin said: "I remember once when I was up at Balmoral with her [the Queen] and Zara was competing in the Olympic Games and looked like she was going to win a medal”.

"So I radioed them, found out she's won the silver medal and I remember the Queen just grabbed me and we were dancing around in circles on this hill in Scotland," Griffin said, giggling.