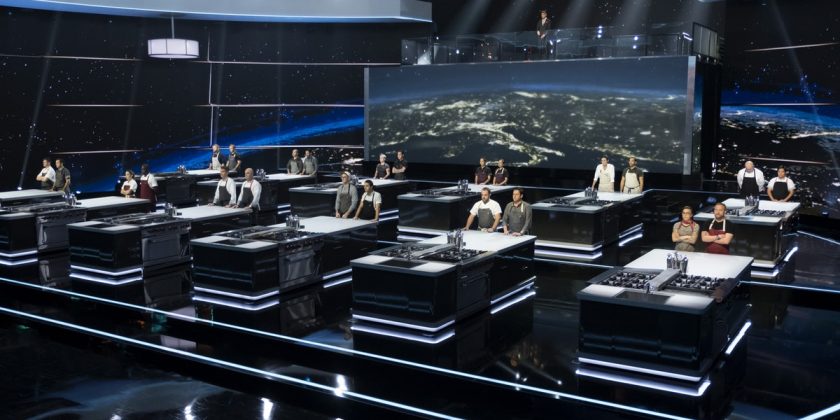 These days, you can’t swing a bag of sunchokes without hitting a dozen cooking shows of varying degrees of intensity. From the relatively friendly competition of Guy’s Grocery Games, to the contained pressure of Chopped, to the over-the-top drama of Iron Chef, chefs are, at any given moment, on any given channel, competing to win a prize based on their food. The shows, though different, are mostly the same. Same format, same screaming, same reality-television games. That’s what makes Netflix’s The Final Table, streaming now in its entirety on Netflix, so special — it highlights diversity and inclusion, along with sheer craft, without gimmicks.

Per a press release, The Final Table features “the greatest chefs from around the globe” as they compete for a spot at the “final table” — the one inhabited by the series’ judges, who vary depending on the episode. Twelve teams of two chefs each cook the national dish of the country of the episode — that’s Mexico, Spain, England, and more — and if the judges don’t like their dish, they cook again. The last-place team of this second group gets eliminated. The judges are culinary icons in their own right, including Mexico’s Enrique Olvera, the UK’s Clare Smyth, and the United States’ own Grant Achatz.

The cast members aren’t too shabby, either, thanks to an exhaustive search from Executive Producer Yasmin Shackleton and her team. “The challenge was to make sure that every single person deserved to be on the show and was of the same caliber,” Shackleton tells Bustle. “That was a blessing in disguise — we started out with really high hopes, and we ended up with a cast we never thought we would get.” 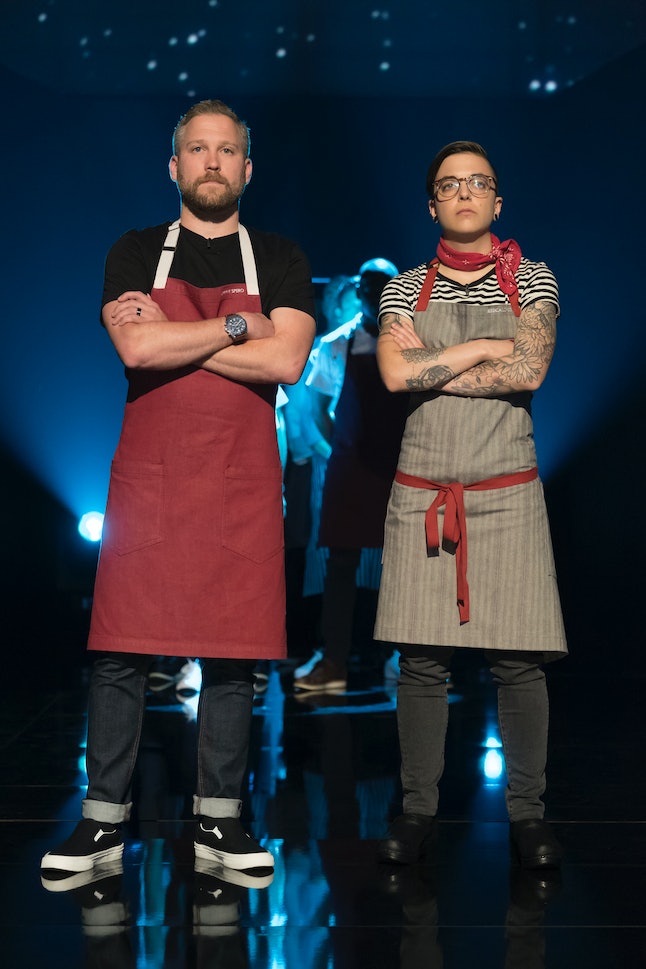 Today’s food programming falls into two categories: competition or craft. The Final Table brings both, notably eschewing the interpersonal drama of most reality television. Chef contestant Johnny Spero, who owns and operates Reverie in Washington, D.C., tells Bustle that’s what drew him to the show in the first place. “I had always sort of veered away from the cooking [shows] where your personal life is showcased and also, turmoil between the cooks,” he tells Bustle. “I wanted to make sure it was going to be more reflective of how I cook and how [his Final Table partner Jessica Lorigio] cooks and who we are as people.”

But if there is no drama between people, it must come from somewhere, right? Host Andrew Knowlton, who also serves as Bon Appetit‘s editor at large, says being in a kitchen makes things tense enough. “It doesn’t have to be this fantastical set up,” he tells Bustle. “The intenseness is in the chefs cutting themselves or burning themselves, which are natural things that occur in a kitchen, and to me, they’re enough of a narrative, and I hope they are for the viewer, as well.”

One of the powerful things about The Final Table is that it doesn’t assume that viewers are automatically food savvy. “We’re certainly not dumbing it down for the viewer, but we speak a language of here’s what this is, and if you don’t know, we’re going to explain it,” Knowlton adds. “That’s why the intrigue is them cooking with these unknown ingredients instead of… dressing up as a firefighter.” High-end food, the show seems to argue, need not be inaccessible or lead to hand-wringing. This is emblematic in the way it approaches international cuisine. 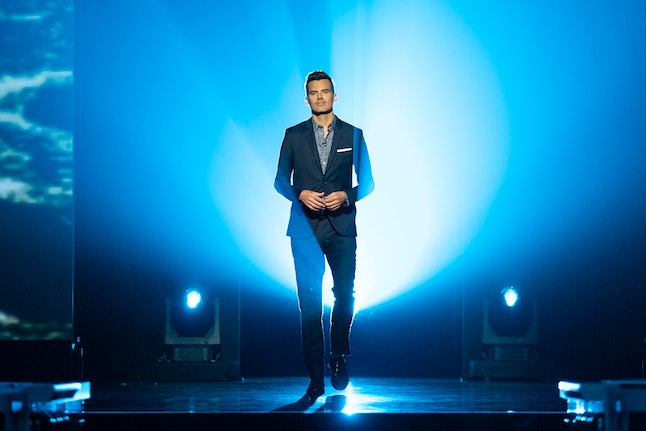 Fine dining and technique exist in every global cuisine, but through a Western lens, formal French cuisine is traditionally thought of as the top tier, as if other cultures and food programs couldn’t produce the same delicious cuisine with the same attention to detail. Because The Final Table focuses on a different country in every episode, all of the chefs are working outside their comfort zones for a majority of the season. Many chefs had never cooked Brazilian food; one chef had never eaten a real taco. They all must adapt.

“Just because the French were the forerunners of haute cuisine or modern cuisine doesn’t mean that other countries don’t have their own versions of it,” Ronald Hsu, chef contestant and owner of Lazy Betty in Atlanta, Georgia, tells Bustle. “I think [the show] definitely will shed a lot of light on cuisines, and it will help educate the diners… Just because it’s not French doesn’t mean it can’t be fine dining or elevated cuisine. I think this TV show is really going to make a great platform for that.”

And even though some of the chefs on the program were unfamiliar with certain ingredients, most were able to tie them back to something they have at home. “It’s kind of cool to see that even all over the world, there’s a product that’s relatable to something you’re familiar with, and you treat it that way,” Spero adds. 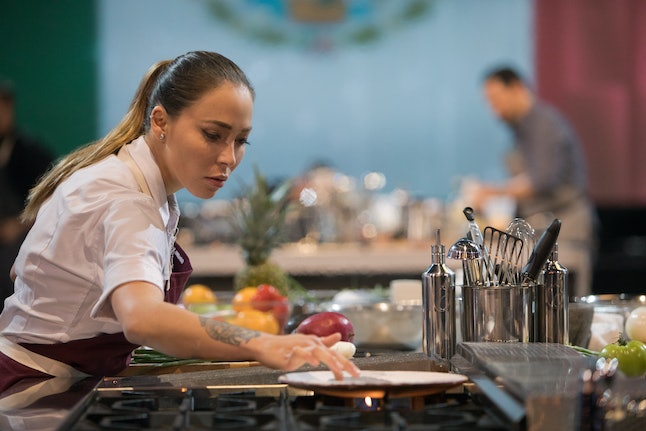 The Final Table shows that it’s imperative that both female and global chefs be included in the larger narrative of food culture. “It’s not just men that run a kitchen. That’s such a skewed view… the point is that kitchens are so diverse and attract such a wide view of people,” Spero says. “It’s not just a group of dudes from America cooking together.”

Hsu echoes his cast member. “It would be copping out if Netflix was saying this was a global television show and they didn’t have anyone from Asia, for example. The greatest thing was to see all of these chefs perform at such a high level and do their thing,” he says. “Even though I’m classically trained in French [cuisine] and [partner Shin Takagi] is classically trained in Japanese [cuisine], these differences were what brought us together.” 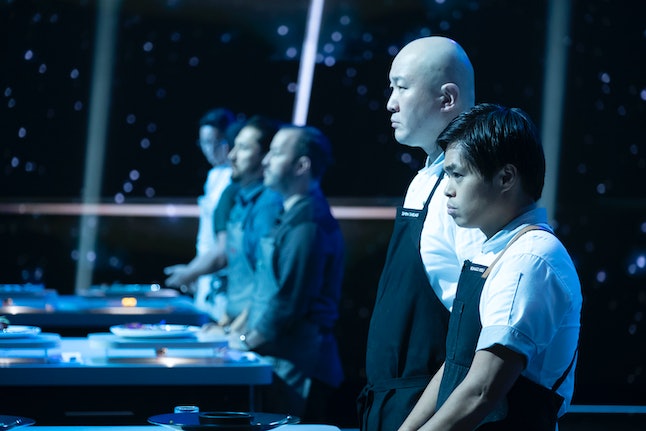 Food is not just the stuff that we put on the table. Food is inherently political — where it comes from, who makes it, and who eats it. And in a world where divisions and calls for borders are at an all-time high, The Final Table aims to bring viewers closer together by helping them recognize that there’s something unifying about sharing a meal.

“The whole goal of food is to make the people around you happy and bring them to the table,” Knowlton says. “That’s one thing this show is very timely about — you can have your political wars and you can have your boundaries fought over, but at the end of the day, wouldn’t we all rather sit around and have some hummus and sushi?”

So while The Final Table does ultimately choose a winner who gets to sit at the literal and metaphorical final table, the show’s impact is about more than the success of one chef. It’s about finally reflecting a global perspective of food culture.