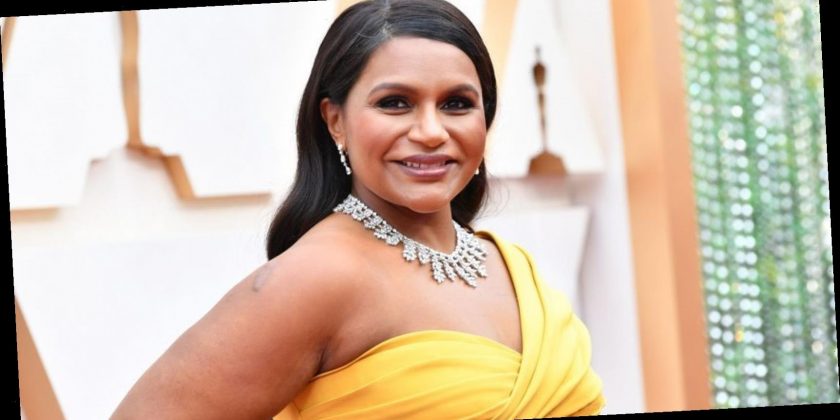 Mindy Kaling just shared the news that she recently gave birth to a baby son in the most on-brand way.

Her genius work on The Office, The Mindy Kaling Project and Late Night are just some of the reasons why we watch everything she’s involved in.

But it’s also because of the whipsmart, on-point things she has to say about inclusivity, sexism, ageism and beauty standards in her industry.

Oh, and she is, of course, just really, really funny.

Another thing fans know and respect about Kaling is that she’s incredibly private about some aspects of her personal life.

Take her first pregnancy, for instance. Kaling didn’t confirm anything until five months into the pregnancy, after Oprah Winfrey accidentally revealed the news to a magazine. “If anyone is going to announce big news about your private life, Oprah Winfrey is the person,” Maling responded. “You can’t complain that much about it.”

Since giving birth to Katherine in 2017, Kaling has never disclosed the father’s identity and she rarely shares photos of her daughter. When asked about Katherine’s father in an interview, the star responded: “My feeling is that until I speak to my daughter about that, I’m not going to talk to anyone else about it.”

Kaling has every right to put a protective ring around her family and choose what she wants to publicly share. That’s why last night’s “surprise” baby announcement wasn’t actually surprising at all – we wouldn’t expect anything different from the star.

Ahead of her appearance on The Late Show With Stephen Colbert on Thursday (8 October), Kaling shared an Instagram post saying she would be talking about her new essay collection and sharing some “big news”.

Speaking to Colbert in the interview, Kaling said: “I’m telling it for the first time now, it feels so strange. But I gave birth to a baby boy on 3 September.”

“No one even knew you were pregnant!” Colbert responded.

She added: “Yes he has a name. His name is Spencer. I forgot the most important part of it.”

It was a masterclass in Kaling sharing pregnancy news exactly when and how she wanted to – which is how it should be for all women.

Let’s just hope the tabloids don’t continue to think any further details are their business.