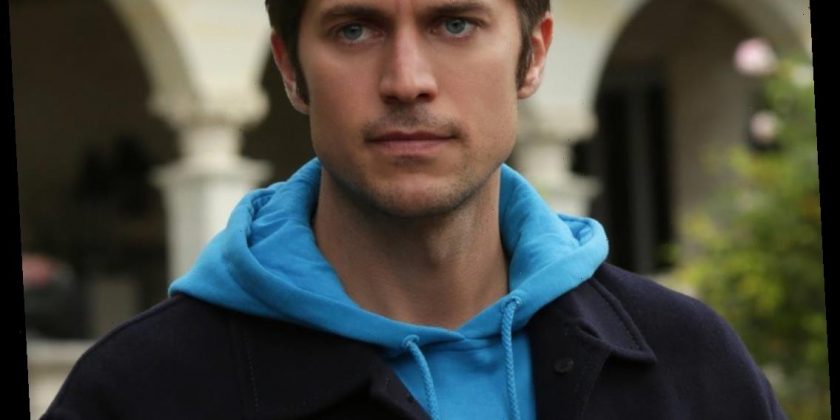 Emily in Paris treats viewers with eye candy in the form of Lucas Bravo, who plays chef Gabriel. In an exclusive interview, he opened up about his real-life cooking skills.

On paper, Emily Cooper (Lily Collins) is one of the luckiest gals on TV. She has an impeccable wardrobe. A job that sent her from Chicago to the City of Light (in her early 20s!). And, not long after splitting with her boyfriend, a new love interest in the form of Gabriel, played by the can't-stop-staring-at-him French actor Lucas Bravo.

While Emily in Paris fans have fallen for the Netflix hit's fantastical sets and remarkably unrealistic story lines (it's made for TV after all), viewers are also obsessed with Bravo because, well, just look at him.

Yes, Bravo is an impressive actor who's bound to score another massive gig in Hollywood, but he and his character share one trait in common: they're certified omelette makers.

As Emily in Paris fans might recall, Gabriel, a Parisian chef, makes Emily a perfect omelette he's especially proud of, one that the actor was just as excited about. Speaking with E! News exclusively, Bravo opened up about his own experience as a chef—and whether he whipped up the food seen on the show.

"Most of the plates were prepared in the restaurants by the set decorators, and they did an amazing job. But, for example, I was the one cooking the omelette in the apartment, which isn't hard, it's an omelette, but still, the entire set was functional so the kitchen had all the utensils," he said. "I did the omelette and I took a lot of pride in that. And I wish I had to do more because yes, I know how to cook and I've been a sous chef."

As a Parisian himself, Bravo also enjoyed getting to shoot in a city he got to rediscover all over again.

"It was such a special experience because when you've been in this city for that long—I've been here for 15 years now—you think you know everything and everywhere and you feel like, ‘This is my city now. There's no secrets.' And then you have a team, Darren and his vision, showing you how little you know of your own city and how little you know of things you already know," he said. "I continued surfing that ecstatic wave of, ‘Wow, this is where I live! Take a step back and enjoy it.' I continued surfing that wave even once everybody left and went back to the States."

When it comes to which characters inspired his take on Gabriel, Bravo also revealed that he turned to Sex and the City's Aidan to prepare for the role.

"I was also a fan of the show and growing up I really loved Aidan," Bravo said. "His portrayal, this kind of caveman making furniture with his stuff. Since Gabriel is also crafty and is kind of down to earth, to a certain extent, I got inspired by Aidan."

Will Gabriel and Emily continue to fall for each other? Fingers crossed for a season two renewal.