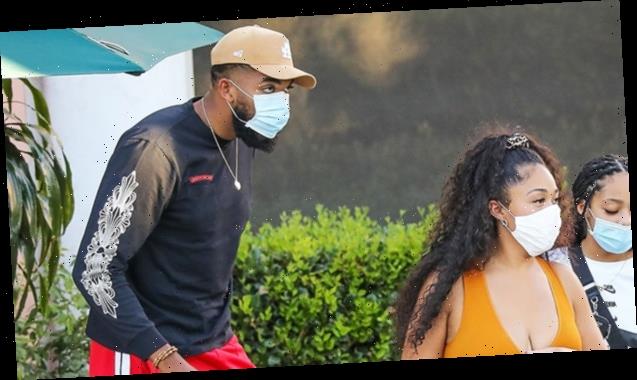 Jordyn Woods and Karl-Anthony Towns’ relationship is getting serious — so much that friends are convinced they’ll tie the knot one day! HollywoodLife has learned that even their families are all for the romance.

Jordyn Woods and Karl-Anthony Towns have been inseparable ever since they confirmed their romance on Instagram in late September. The model, 23, and NBA player, 24, most recently shared their love with with fans in her new birthday vlog from a lavish getaway to Mexico. After spending the summer together, Jordyn and KAT couldn’t be happier together.

“Karl and Jordyn’s relationship is certainly in what people call the ‘honeymoon phase,’ but it really feels like they have found their person in each other,” one source close to the Minnesota Timberwolves star told HollywoodLife, exclusively. And, while some fans believe they’re getting too serious too soon, Jordyn and Karl were close friends long before their relationship turned romantic.

“Karl and Jordyn were friends for a long time before they started dating, so they have a very strong foundation. He feels like she’s been there for him through his toughest times,” second source close to Karl said, referencing the untimely death of his mother to COVID-19 in March. “He’s not only close to her, but he’s close to her entire family too. His family loves her too,” the insider revealed, adding, “He’s very serious about her and actually a lot of his friends are betting that he will eventually propose.”

A third source went on to explain when Karl and Jordyn knew it was time for them to confirm their romance. “Her birthday getaway was kind of a turning point for them because even though he already knew he was crazy about her, he was able to put the whole thing together and show her and her family how he can step up and be the man she needs,” the source explained, noting that the trip really sealed the deal on their relationship.

“Jordyn is always making him smile and she’s exactly what he needs in his life. Karl absolutely adores her and falls more and more for her every day. He definitely sees a real future with Jordyn and he feels so much joy just being around her,” the source said.