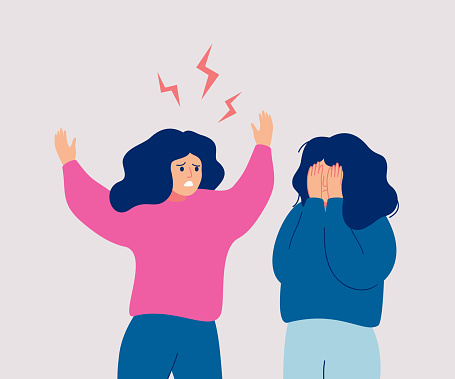 I am a feminist and proud. There are so many connotations to that word but, for me, it’s about supporting women’s choices, hands down.

I may have differing opinions, values and beliefs to others, but the core of my feminism is about empowering women to be the people they want to be and make the choices they want for themselves.

Naively, I thought this would have been a basic tenet of the movement for other women too, but – having worked with an array of different women claiming to be feminists – I’ve found that even those hailed as ‘sheros’ can have tarnished cloaks.

Recently, I was well and truly done over by a woman – in fact a couple of women.

One, a female activist, called me an ‘aggressive angry woman’ during a phone call – while I was calling her out for railroading a project I was working on, which had been delegated to me – despite knowing the connotations that this term has for women of colour.

Another, a woman in business who, after we amicably decided to part ways working together, thought it would be appropriate to withhold payment for work I had done. I was eventually paid, but only when I pointed out the morality and legality of what she was doing.

A woman’s time is often disregarded, whether it’s women taking on the lion’s share of domestic care, putting in extra hours at work, or inequality in pay. As women, we are all aware of these vulnerabilities, which is why it’s more sour when so-called feminists exploit other women.

These women have been both hailed as ‘trailblazers’ in their industries and society. Women who are rightly demonstrating they can influence change, they can lead in a ‘man’s’ world, and apparently, support other women along the way.

However, as I discovered for myself, the final phrase is so far from the truth.

As I’ve learned the hard way, women can exploit other women, even if they are flying the flag of feminism. Misogyny is based on the unequal distribution of power and this remains among women too.

It’s self-evident that a middle-class white woman will have more opportunities and open doors, compared to say, women of colour, women of differing class and education status, or even a woman with beaten confidence due to workplace oppression.

I am conscious of having benefited as I’m white-passing, but over time I’ve encountered discriminatory attitudes in respect to my ethnicity and name, such as a former boss repeatedly expressing surprise that I was able to speak English as a first language.

Social media and the power of influence by having a strong online presence with lots of followers further adds to this inequality, as the person can shut down criticism in the belief that the cause they are campaigning for surpasses the need to care for others.

Having volunteered and worked with women for years, I’ve seen some casually say to others that they should ‘put their career first’ (i.e. abandon their intentions of motherhood in order to get ahead).

I’ve seen women exploit other women’s voluntary efforts, and female bosses expecting overtime from those working for them, despite apparently flying the flag for flexible fair working.

Recently, something that upsets me more, is hearing women state that they are intersectional feminists – but the reality being that they merely posted a black square on Instagram, without providing tangible opportunities for other voices to be heard.

I know of a number of media-celebrated feminists with the ability to platform others but who do so in a tokenistic way for a pat on the back. I’ll never forget an influencer telling me: ‘We need a black face in this picture for Instagram’ while wanting to create content after an event we were both speaking at.

It was clear that it wasn’t an authentic action, but an opportunity for her to virtue-signal her appreciation of diversity and inclusion.

Why am I writing this? Bitterness? No. More a desire to empower others

At that point I walked off. I had hoped it was an isolated incident but I have been told of many other examples. Performative feminism will be the death to progress.

They say a picture says a thousand words, which explains the temptation to do this in such an ‘image’ led society but it does nothing to address root causes and progress forward.

Why am I writing this? Bitterness? No. More a desire to empower others in realising that sadly even the greatest women – even more than that – greatest thinkers, can be flawed. I want people to know that entitlement can ruminate in so-called ‘good’ people once they’ve accomplished the notoriety they desired.

So here are some lessons I’ve learnt.

Call unacceptable behaviours out. It’s easy to feel like David in a fight with Goliath. So-called ‘sheros’ can feel untouchable, greater than or more applauded than you. But regardless of who they are, they must be held accountable for their behaviour.

I recently pulled someone up on their hypocrisy and for misuse of volunteer resources in a WhatsApp group. I felt nervous in doing so but one voice sparked a parade of others who felt the same.

I found solidarity in many who felt exploited, alone and gaslighted. It was easy to understand why they had felt this way, because it’s hard to call out ‘feminists’ as perpetrators, yet it is the right thing to do.

The fight for equality still continues if you flag behaviour out in these settings. The fight is always greater than the person. If the person becomes greater than what you’re trying to solve, that is a warning sign! And actually this applies to all areas of our lives.

This article, drawing attention to women who screw other women, is not me disregarding the fight for equality, just the behaviours of a few that are poisoning progression.

I would also advise being clear with what you want. Articulating this is always hard, I know. But if you need to get something out of any professional relationship, consider what your expectations are and revisit them often.

Individual aspiration is nothing to be ashamed of, and if you want to be recognised for what you have done, say it. And if you aren’t getting what’s fair, perhaps it’s time to leave it. You’re not letting anyone down, because the fight still continues.

I am a woman who is always keen to support other women, and will continue to do this despite being burnt a couple of times by women I thought would uplift me.

If women can’t support other women, how are we to make our world more equal?