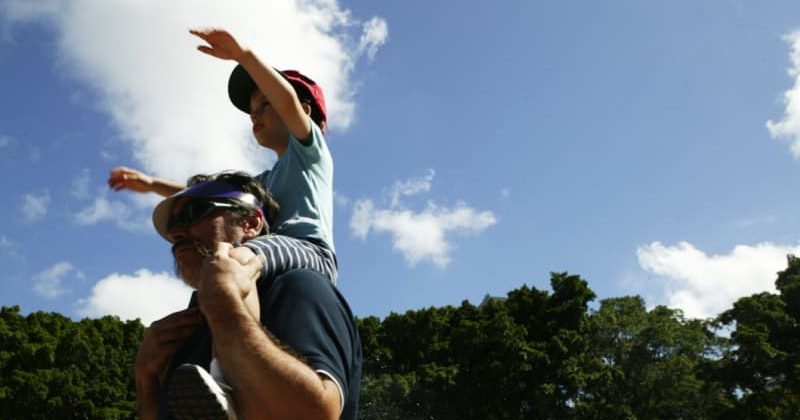 The first time it happened was soon after my son commenced school. I leaned in to read the email from a "class mum" collecting money for a class kitty and noticed my husband’s email wasn’t included despite it being on the school’s official contact database.

When I replied to her asking why she sent the email only to mothers, I didn’t get a response. So I asked again a few days later only to receive a short reply: “I can add his name to the email list if that’s what you really want.” 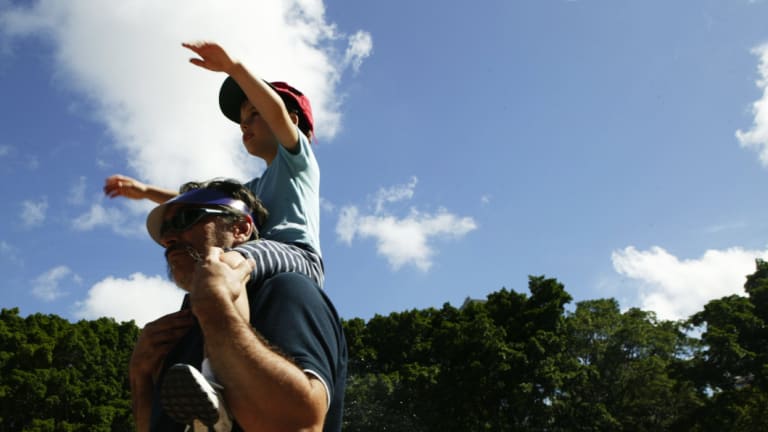 Memo schools, fathers are just as much a part of the ‘parent community’ as mothers.Credit:Canberra Times

“We both work and share the load … plus wouldn’t dads like to be included so they can also do their bit?” was the gist of my next email to her. But I never received a response. A few weeks later when another email arrived from the class mum, there was only one dad included: my husband.

At first I put this frustrating experience down to one person’s narrow view of the world. But as my son, and then daughter, moved through their primary school grades a theme emerged.

Sure some dads get involved, but they are the highly praised exception to the rule.

While official communications from schools are addressed to a more generic “parents and caregivers”, language is sometimes used that reinforces an outdated view of what a mother’s job should be.

You see messages such as: “Volunteering at tuckshop is a great way for mothers to get to know each other", or "the soccer camp will be a long day so mothers should pack extra snacks.”

For some dads there is no choice, they simply have to be included. When researching views for this article a divorced father sharing custody of his children expressed his frustration at never receiving notifications or reminders about excursions or school photos – things that he is required to prepare the children for when they stay with him.

Fortunately his relationship with his ex is amicable; but the onus is always on her to ensure he’s not kept in the dark.

Why is it, despite these so-called modern times, the emotional and administrative burden of family life is still primarily directed to and taken on by women?

Is it still too hard for some to accept that families come in different shapes and sizes? Are the double working parent-families, same-sex parents, single dads and single mums simply being overlooked or subconsciously denied a right to participate?

And what of the working mums striving-slash-struggling to meet the expectation that family and school life is their domain and not their husbands? I’ve heard tales of a lawyer mum dashing from a court case to the tuckshop, driven by a maternal guilt to "do her bit".

Meanwhile fathers seem free to side-step such duties because it’s important they are left to get on with their jobs. If working mothers can somehow find the time to make it all happen, why can’t they?

For some people these things seem trivial, but for me they are symbolic of a greater struggle women and men face in the workplace and at home, based on outdated stereotypes. And unless we nip biases like these in the bud we risk creating a rod for our own backs.

It's a rod for the backs of the increasing number of women juggling a professional career with the requirements of being a highly organised and "good mum." As the business world revs its workplace equality accelerator I fear we are creating an army of overstretched and stressed-out women.

And it's a rod for the backs of dads who actually want to be involved in their kids’ lives; to don an apron and hand out the slice they baked (or bought – let’s not make this too hard) for the school fundraiser.

And it's a rod for our kids’ backs, not just because they could turn up to school in their uniform on mufti day because mum missed the email, but also because we need to provide them the right role-models if we are to nurture the inclusive attitudes required for a progressive and equal society.

That initial email from that class mum sparked a personal crusade; my first step was to ask my children’s school to change the label "class mum" to a more inclusive "class parent", and I’m pleased to say soon after a father stepped into the role.

I then corralled parents to lobby the school to move its Mother’s Day celebration from mid-morning to earlier in the day so working mothers could more easily participate, mirroring the long-held approach for Father’s Day. This stuff won't change until we make it.