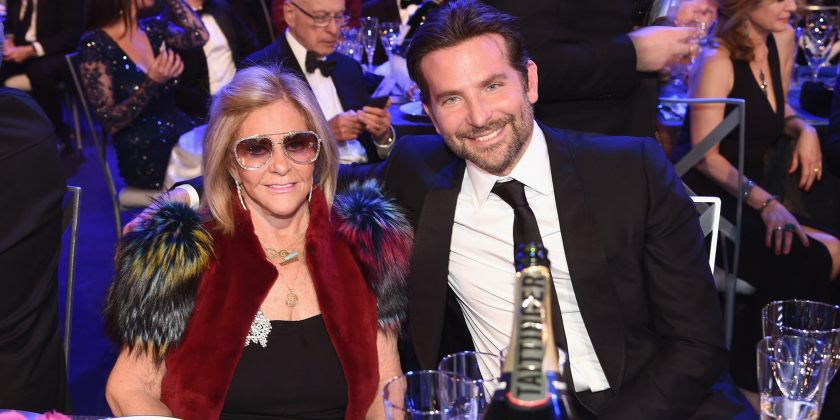 Look who he found! Irina Shayk could not be by her boyfriend Bradley Cooper’s side at the 2019 SAG Awards, but he had another leading lady in her place: his mother, Gloria Campano.

The A Star Is Born actor, 44, and Campano arrived holding hands at the Shrine Auditorium in Los Angeles on Sunday, January 27. He looked dapper in a classic black suit, while his mom wore a black dress and sunglasses.

Shayk, whom Cooper has been dating since 2015, was unable to attend the awards show due to her own busy work schedule. After a series of Paris Couture Week appearances, the Russian supermodel, 33, traveled to Moscow, Russia, where she attended a Marc Jacobs event on Saturday, January 26.

Though Shayk did not attend the SAG Awards, she supported Cooper at the Golden Globes earlier this month. The couple, who share 22-month-old daughter Lea, walked the red carpet together at the January 6 show before taking their seats inside the The Beverly Hilton in Beverly Hills alongside Cooper’s A Star Is Born costar Lady Gaga and her fiancé, Christian Carino.

The night before the awards show, Gaga, 32, brought the Hangover star on stage to perform their duet “Shallow” at her Enigma residency in Las Vegas. Concertgoers erupted in applause over the surprise appearance, and videos of the emotional performance later went viral on social media.