Whether it was the reimagined tutu or Fendi baguette (it’s not a bag, people), there’s nothing Sex and the City style watchers love more than spotting an item from the original show pop up in the revival series, And Just Like That.

But with six seasons and two movies, there were more iconic outfits and accessories than we can count. So, how did costume designers Danny Santiago and Molly Rodgers decide which pieces were going to make the cut for the reboot? In short, they chose “very carefully.” 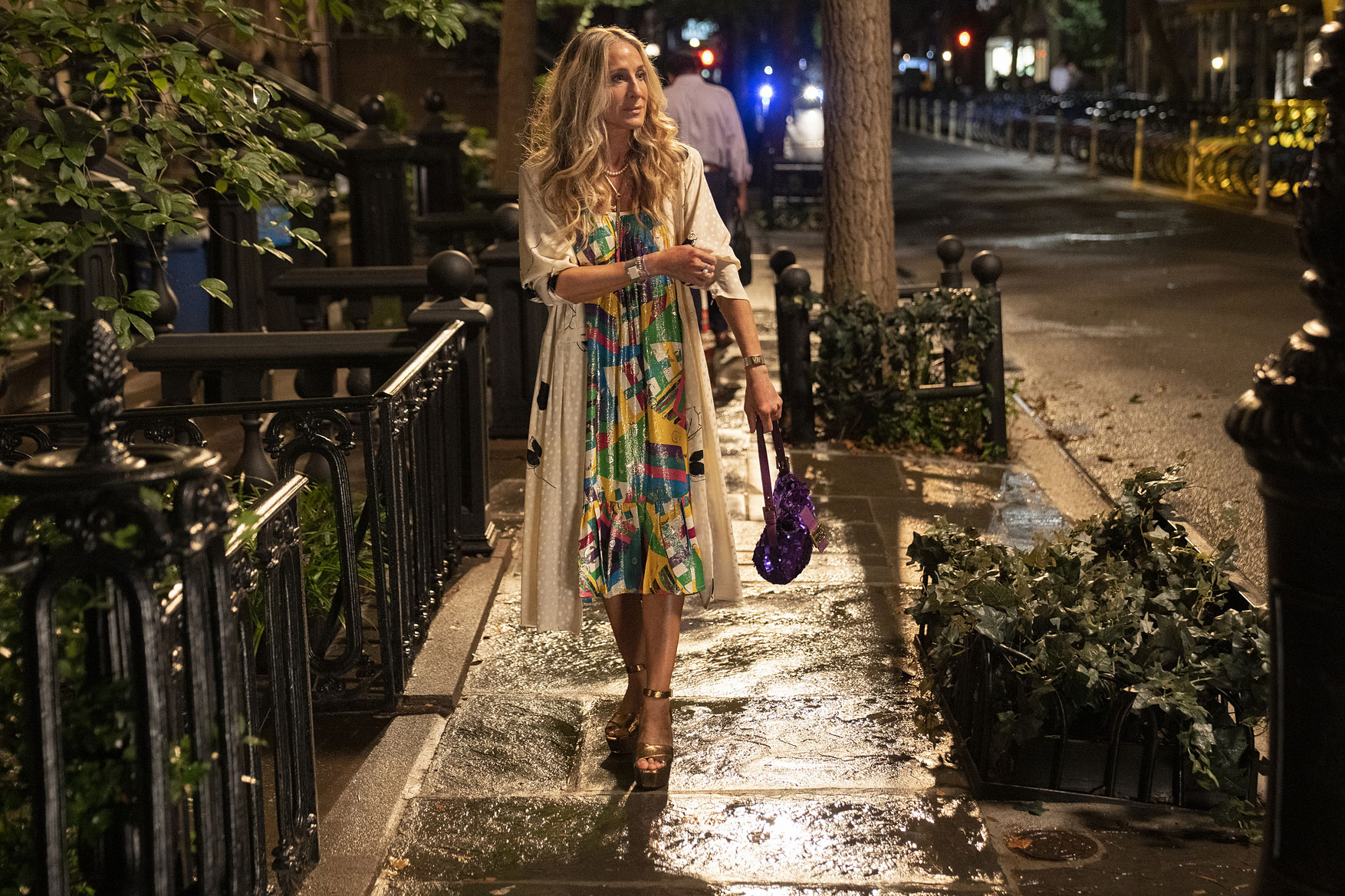 “We let the Rodger belt have its moment — not use it five times,” Rodgers says of the studded belt Carrie Bradshaw (Sarah Jessica Parker) first wore in the 2008 Sex and the City movie. “We wanted to spotlight these treasures because fans really love them. They want to see them again.”

‘And Just Like That’: Everything We Know About the ‘Sex and the City’ Revival

Plus, they couldn’t let Parker’s archive, which houses every outfit from the original series, go to waste. “I think this is probably the only show where you have somebody who actually saved all of these amazing pieces that are so beloved by the fans,” Santiago told Stylish. “To be able to pull from her archive was amazing for us”

He added that the archive, which is “everything a fan would expect it to be,” is filled with “so many beautiful things,” but he and Rodgers made a point not to “overdo it.” “We really found perfect moments to be able to feature these pieces,” he explained.

Even though some of the most loved items made a comeback (read: the python heels and blue Manolo Blahnik pumps), And Just Like That also serves up a fair share of fabulous new fashion.

From Carrie’s Dries van Noten jacket in the first scene to the viral baby blue Norma Kamali dress that has yet-to-be-seen, there’s no doubt that the HBO mini series will have a handful of looks to be labeled as iconic down the line.

“In the fitting room you’re not thinking, ‘Oh, this pretty little necklace will be the new Carrie necklace.’ You don’t plan things like that. You don’t premeditate,” Rodgers said. “You’ve got to be in the moment, pulling what you love. It’s got to be feeling great.”

Even though Rodgers and Santiago prepped extensively for the show, a lot of looks came together in real time. “It’s extremely collaborative [in the dressing room],” Rodgers said. “It was jus a cool vibe and everyone wanted to be creative and positive and happy in there.”