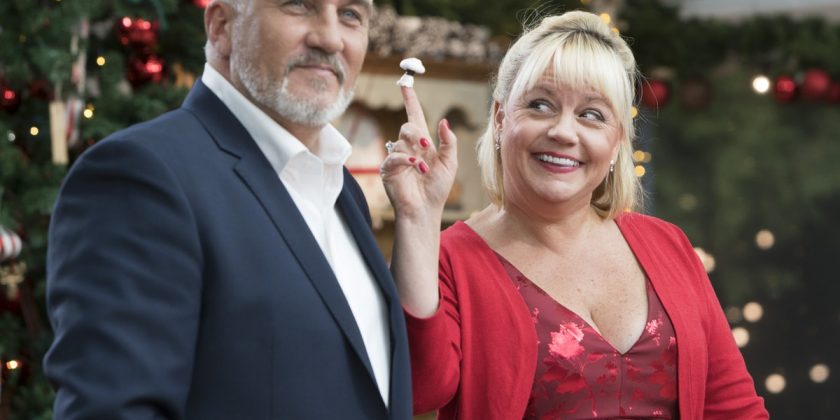 Baking shows are all the rage, especially during the holiday season when everyone wants to see (and taste) delicious pies, cakes, and other sweet treats. The Great American Baking Show: Holiday Edition has thrilled fans with cheerful challenges by skilled amateur bakers. Now, Season 4 is coming to an end on Dec. 20, which means it’s time to start asking if The Great American Baking Show will return for Season 5.

New episodes have yet to be confirmed, but the lack of renewal news shouldn’t be too concerning for fans, as ABC hasn’t always made a formal announcement about an upcoming season. Fans were surprised when promos debuted weeks before Season 2 because, according to Hidden Remote, the network had been silent about the show’s status until that point. And the show’s fate was temporarily up in the air when Season 3 was suddenly pulled from ABC’s lineup after judge Johnny Iuzzini was accused of harassment and abuse by several former employees of Jean-Georges restaurant, where he served as executive pastry chef from 2002 to 2011. (Bustle reached out for comment about the allegations, but did not receive a response by the time of publication.)

In a 2017 statement to CNN, Iuzzini apologized for what he called "some unprofessional behavior" but denied the sexual harassment allegations against him, claiming they were “sensationalized and simply not true." In response to Season 3’s sudden cancellation, he told the outlet:

ABC unceremoniously announced the Season 3 winner online, and it seemed as though Great American Baking Show was done for good… until Vulture confirmed in October that Season 4 was happening with award-winning pastry chef Sherry Yard joining returning judge Paul Hollywood. Yard is no stranger to the reality baking world and fit right into the show’s dynamic with lots of smiles and solid expertise. 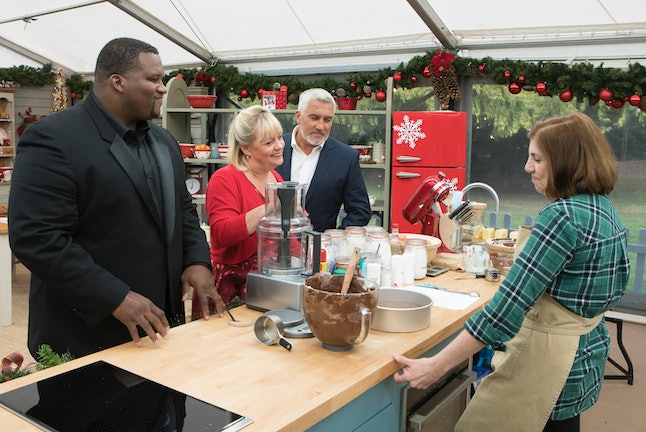 Anthony "Spice" Adams and Spice Girl Emma Bunton, who replaced Ayesha Curry, have both rocked it as the show’s hosts. The Great American Baking Show certainly isn’t the first to hit a few snags, but it managed to handle the dust-up with grace. And if the season finale promo is any indication, the final showdown between these talented contestants will be filled with fun and gingerbread houses.

If the show does return, it seems like it will continue this revived trend of being centered on the holidays. It’s a great way to compete with the Netflix rush of baking shows like Nailed It! and The Great British Baking Show, both of which released special holiday-themed seasons to keep fans coming back for more. And hopefully Bunton will be able to keep her hosting spot despite embarking on a Spice Girls tour next year.

But, for now, viewers can look forward to seeing who takes the top spot as one of the best amateur bakers in America. Tune in on Thursday at 9 p.m. ET to see the final competition.