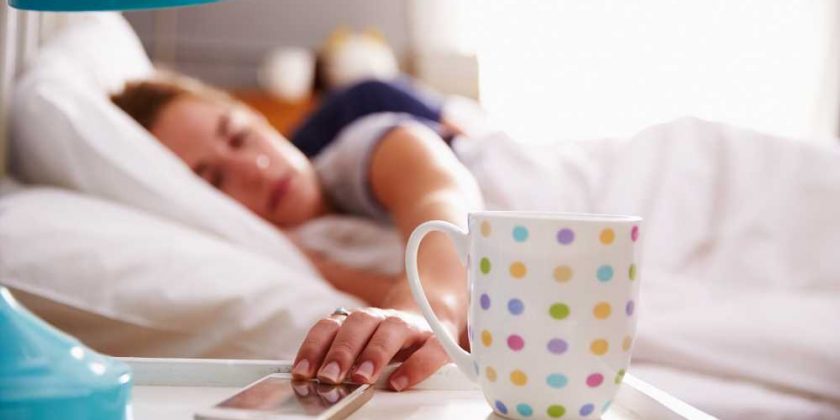 Do you get enough sleep? If not, that could be a potentially fatal problem.

Decades of research has shown that chronic short sleep is associated with increased risk of clogged arteries, heart disease and early mortality. A new study in the monthly peer-reviewed journal Experimental Physiology has a theory on why lack of sleep increases susceptibility to heart disease.

Adults who regularly slept fewer than seven hours per night have lower levels of certain “microRNAs,” molecules that influence the function of genes. These molecules play a key role in regulating vascular health and can be biological indicators of cardiovascular health.

This relationship between a lack of sleep and these molecules could help doctors determine if someone who doesn’t get a full night’s sleep is also at a higher, long-term risk of heart disease and, ideally. He or she could help them take preventative steps and avoid developing a serious illness.

Scientists have said a lack of sleep over a prolonged period of time can lead to calcification of arteries, hypertension (higher blood pressure), the release “C-reactive protein,” which is connected with stress and inflammation, and reduce insulin, which regulates blood sugar levels.

Too much sugar in the blood can lead to Type 2 diabetes and, according to the National Sleep Foundation, “getting too little sleep can increase your appetite and reduce your level of satiety, causing you to crave carbohydrates and sugary foods.” Obesity is a major factor for Type 2 diabetes.

It can have psychological effects too.

“The relationship between sleep and mood is complex, because disrupted sleep can lead to emotional changes, clinical depression or anxiety, but these conditions can also compound or further disrupt sleep,” the National Sleep Foundation added.

So people prone to depression and anxiety can also end up oversleeping.

“If you find yourself sleeping too little or too much on a regular basis, it’s important to bring this up with your doctor so the two of you can look at your total physical and mental health picture,” the foundation says.

Researchers in the latest study tested sedentary, middle-aged adults without heart disease from metropolitan areas surrounding Denver and Boulder, Colo. The subjects were asked to complete a questionnaire to estimate their average nightly sleep and a small amount of blood was taken.

Jamie Hijmans, a cardiovascular physiologist in Denver and co-author of the study, said, “These findings suggest there may be a ‘fingerprint’ associated with a person’s sleep habits, and that fluctuations in miRNA levels may serve as a warning or guide to disease stage and progression.”

Research published last year suggests people should get between six and eight hours sleep. Epameinondas Fountas, cardiology specialty registrar at the Onassis Cardiac Surgery Centre in Athens, Greece, said that’s a “sweet spot” and the most beneficial for a healthy heart.

President Donald Trump doesn’t get much more than 40 winks. The president gets four to five hours sleep a night. The late British Prime Minister Margaret Thatcher famously claimed to get four hours per night, bolstering her image as “The Iron Lady.” Some historians have cast doubt on that.

“An individual that sleeps on average less than 6 hours per night has a 10 percent higher mortality risk than someone sleeping between 7 and 9 hours,” according to separate research by RAND Health Quarterly.

That risk falls to 4% for an individual sleeping between six to seven hours per day.

Such are the health dangers associated with a lack of sleep that the Centers for Disease Control and Prevention describes it a “public health epidemic.”

Those experiencing a prolonged lack of sleep are also more likely to suffer from hypertension, diabetes, depression, obesity and cancer.