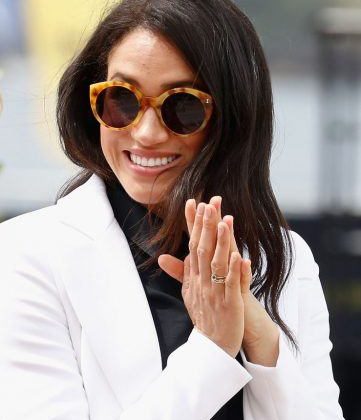 It seems like every day, there’s another breaking news story about the Duchess of Sussex. But recently, they haven’t been very positive stories. Some have called Meghan out for being a diva. Others have suggested she’s caused problems with Kate Middleton. And when she and Prince Harry announced their move, everyone quickly assumed it must have something to do with Meghan trying to tear apart the royal family. What gives?

Everyone seemed overjoyed with Meghan and Harry when they wed

When Harry began dating an American, everyone on both sides of the Atlantic was obsessing over it. Marrying an American was a progressive move for a royal — especially an American who had been through a divorce. And when the royal wedding was televised, millions tuned in. It looked like the start of something amazing for the family; everyone was obsessed with Meghan’s radiating beauty, and most were so excited that Harry had found someone special, since he’d been hesitant to settle down in past years.

But not long after, news stories began to break that put Meghan in a negative spotlight

Despite a beautiful royal wedding, it didn’t take long for negative news stories to start coming out about Meghan. One of the first criticisms of the Duchess of Sussex came in the form of her spending habits. People compared her spending to Kate’s and found that she prefers much pricier clothing. But then, things picked up. News outlets began breaking stories about problems between Meghan and Kate. When Harry and Meghan announced they’d be making the move to the Windsor Castle grounds, stories instantly broke that it was because Meghan was trying to tear the family apart. And now that sources claim Harry was banned from the Boxing Day pheasant shoot by Meghan, some news outlets have legitimately asked how long we all think this marriage will last.

The interesting part of these breaking news stories is that they’re often uncovered by sources close to the family. While there are likely sources close to the family who do give away information, not everything said by them should be taken as 100% truth, considering we can’t even be sure that some of these sources actually exist. If every single source is real, and everything being spilled in the news is accurate, then it looks like Meghan is single handedly tearing apart the royal family. However, it should all be taken with a grain of salt. With the Boxing Day scandal, the palace clapped back and denied that Meghan had actually banned her husband from the event — but not before the story reached thousands, if not millions, of readers. And this has been the case for Meghan since she married into the family; he hasn’t been able to catch a break.

Realistically, the negative coverage could be to keep the newest royal marriage relevant

While it’s possible that Meghan is truly the next Cruella De Vil, it’s also possible that some (not all) media outlets have embellished stories about the Duchess to keep the newest royal marriage relevant. Realistically, Meghan and Harry are trying to fly a bit under the radar, which is most likely why they’re moving away. But “under the radar” isn’t what some news outlets want. CNN called out one news outlet for suggesting Meghan was a vegan (hence Harry skipping the pheasant shooting), although Meghan said during their engagement interview that they were roasting a chicken when he proposed. It is stories such as this — the ones that are drummed up rather than written based on reliable sources — that have not only damaged Meghan’s reputation but have also caused harm to the media’s reputation.