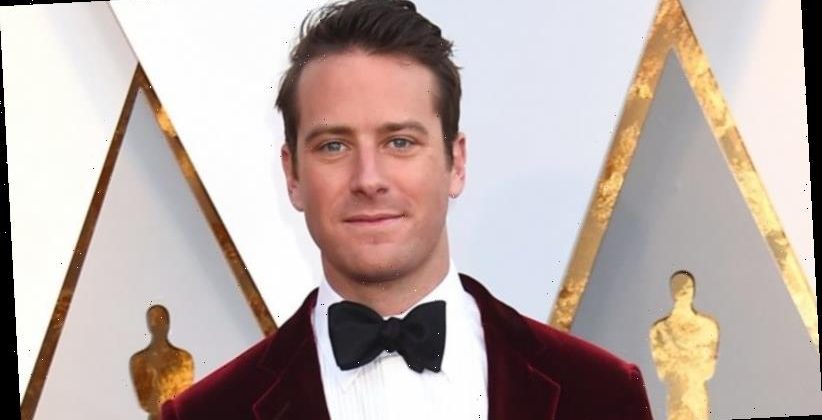 If you've been on the internet in recent days, chances are you've seen American actor Armie Hammer's name trending for, shall we say, unusual reasons. Let's unpack.

Hold up, who are we talking about? Armie Hammer, he's the other guy in Call Me By Your Name. You know, the one that's not Timothee Chalamet. (No one can be.) 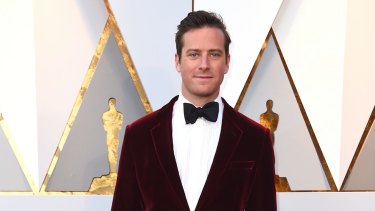 Armie Hammer, pictured here at the 2018 Oscars, is the subject of some wild claims on social media.Credit:Jordan Strauss/AP

Sorry, what. Earlier this week an Instagram account @houseofeffie began sharing screenshots of her DMs with Armie. The account owner claims to have been in a consensual relationship with the actor for four years, including while he was still married to estranged wife Elizabeth Chambers.

OK, so 'Hollywood hunk has an affair?' Big deal. But the cannibal thing? Oh yep, sorry. Basically, the messages shared by @houseofeffie were incredibly explicit; many of them detailing violent sexual fantasies. But the messages that seem to have people most concerned are where Armie allegedly admits to being a cannibal. 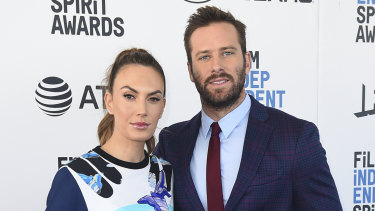 Hammer split from his wife Elizabeth Chambers in 2020, after 10 years of marriage. Credit:Jordan Strauss/AP

How bad are we talking, like where does he rank on the Lecter scale? Do you mean the Richter scale?

No, that's for earthquakes. The Lecter scale is for cannibals. Oh Hannibal, right, I get it. Well throughout the conversation he trots out some very cannibal-esque one-liners including: "I am 100% a cannibal," "I need your blood, I crave it," and writes, "If I wanted to cut off one of your toes and keep it with me in my pocket, so I always had a piece of you in my possession?" He also talks about eating the still-warm heart of a deer one time.

Wow. Really makes the peach scene in Call Me By Your Name seem… innocent? Indeed. He also goes on to call @houseofeffie the "Michael Phelps of f—ing", which is a strange analogy.

I wonder how Michael Phelps feels. We all do.

Is @houseofeffie the only one claiming Armie slid into her DMs? Absolutely not. Multiple other women have also come forward to claim involvement with the 34-year-old on Twitter. Another woman, who goes by the name Dominastya, has been sharing screen recordings of her conversations on Tumblr with Armie. They follow a similar style and tone, and use the same pet names Armie previously used, including calling Dominastya his "kitten". 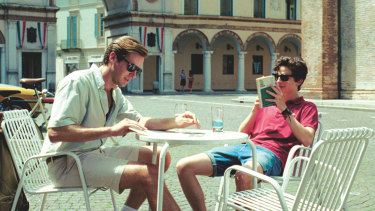 The actor (left) with co-star Timothee Chalamet in 2017 film Call Me By Your Name.

Do we know if these screenshots are the real deal? We don't know for sure, and to make things more confusing, there was a set of DMs circulating that appeared to show @houseofeffie admitting to faking Armie's messages. However, she has since rejected this and claimed that Armie Hammer fans actually manufactured these 'come clean' messages. "His crazy fans went so far as to make a fake DM by me," she wrote on Instagram. We know that Jessica Ciencin Henriquez, a writer and one of Hammer's exes, expressed on Twitter that she believes the screenshots are legit. Also, @houseofeffie has shared photos she received from the Hammer account, including one that shows a telltale tattoo on Hammer's ring finger.

Speaking of rings, have we heard from Armie's ex-wife? Surely she can set the cannibal record straight. A close friend reportedly told British tabloid the Daily Mail that Armie's estranged wife is "shocked and sickened" by the actor's alleged messages and "believes" the women coming forward.

This is undoubtedly cancellation territory, how long until he starts losing gigs? You picked it. On Thursday morning, the actor stepped down from his latest role starring opposite Jennifer Lopez in the comedy Shotgun Wedding. According to official film synopsis: Shotgun Wedding follows Darcy (Lopez) and Tom (who Hammer was set to play), who gather their lovable but very opinionated families for the ultimate destination wedding just as the couple begins to get cold feet.

Probably not a good idea to mention feet at this point. No, probably not.

Does that mean Armie has made a statement? Yes, he has. Earlier today the actor released the following statement to The Hollywood Reporter. "I'm not responding to these bullshit claims, but in light of the vicious and spurious online attacks against me, I cannot in good conscience now leave my children for four months to shoot a film in the Dominican Republic. Lionsgate is supporting me in this, and I'm grateful to them for that."

Hmm. Now what? Well, as far as celebrity scandals go, we've been painting by numbers so far. First comes accusations, then recriminations, and finally, cancellations. If this is all true and the evidence continues to mount, then you can probably expect a tearful sit-down interview between Armie and Oprah in the near future.

In the meantime, can I still watch Call Me By Your Name? Sure.