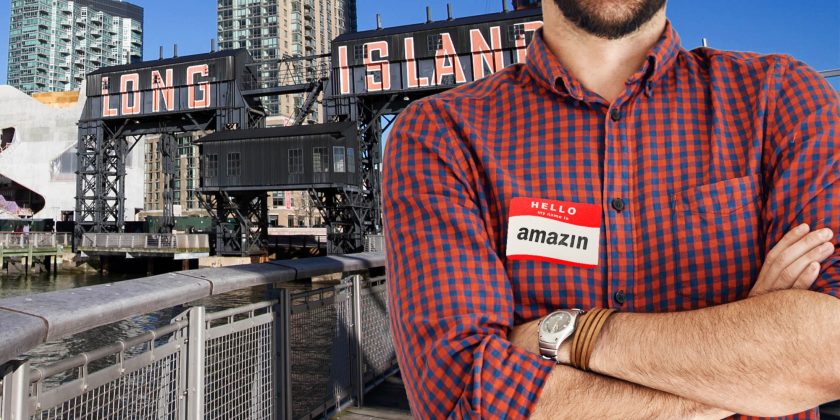 With Amazon headed to Queens, the Seattle dating scene has a message for New York singles: Don’t get too excited.

Yes, the tech company’s new Long Island City headquarters will draw thousands of new people to the city — including lots of dudes (the company is 60 percent male) with six-figure salaries.

Unfortunately, most of them should be sent back to the warehouse.

“There are two types of Amazon tech bros,” Isabelle, a 27-year-old resident of Seattle — where Amazon has its corporate headquarters — tells The Post. First, she says, there’s the awkward one: “super passive, super reserved.” Then, she says, there’s the jerk: “the guy who thinks he’s God’s gift to engineering — super conceited.”

Isabelle, who works in tech and declined to share her last name for professional reasons, says she’s seen more of the latter.

Plus, CEO Jeff Bezos’ boys have embarrassing school spirit, says Seattleite Christopher Daly, 29. He says that tons of Amazon workers plaster their company name all over their dating profiles — and even their clothes.

“On Tinder, [people are always writing,] ‘Does anyone on here NOT work for Amazon?’ ” he says.

“Most of my friends avoid dating Amazon employees,” says the Seattle native and dog walker. She personally thinks Amazon bros are pretty boring — their interests seem limited to their jobs, rather than books or culture.

Matchmaker Monique Le says she hears gripes like these a lot in Seattle, which was recently named the worst city for dating in America in a survey of 92,000 singles.

“The general perspective is that [Amazon employees] are relationship unsavvy,” says Le, who works for the dating service Seattle Love Broker. They’re seen as “geeky” and “socially inept,” and, on top of that, pretty job-obsessed, “working at least 10 to 12 hours a day,” she says.

While that may not sound so crazy to desk-bound New Yorkers, Isabelle says that the Amazon-mania is on its own level.

“[On a date,] you have to be within 15 minutes of Wi-Fi at all times,” she says. “I think their on-call [pressures are] much worse than anywhere else I’ve seen” — including Google and Facebook.

The Amazon dating stigma has gotten so bad that tech guys who don’t even work for the company say they’ve been burned.

“I hear horror stories all the time about man-children unable to have conversations about anything other than tech,” says Paul, a 27-year-old Seattle-based programmer who declined to share his last name. “So I don’t list my job on any of my profiles, or wear company-branded clothes in public.”

If there are more tech guys like him, the company must have at least a few dateable dudes. But how can you find that decent-guy needle in the bro-grammer haystack?

Look for the warning signs, says Isabelle, who dated an Amazon dude for two years before coming to her senses.

“A holier than thou attitude, a low-key sense of superiority — those are the red flags,” she says.