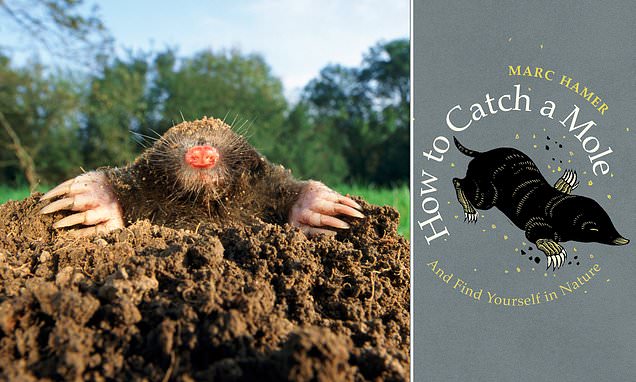 Who is that psychopathic maniac under your feet? Professional mole- catcher’s memoir reveals all you need to know about the small, velvet creatures which are the bane of gardeners’ lives

HOW TO CATCH A MOLE

Did you know that moles can dig 20 metres of tunnel each day? And that contrary to their portrayal in literature as gentle, kind creatures, they are in fact reclusive, homicidal maniacs?

The reality is a far cry from The Wind In The Willows. They will bite the heads off worms and store them in an underground larder, knotted together and still writhing around— until a worm’s head grows back, it can’t dig its way out and escape.

How To Catch A Mole belongs to the current vogue for ‘restorative power of nature’ memoirs. Part autobiography, part manual, part meditation on the countryside, the book is written by a professional mole-catcher from South Wales. It tells you all you need know about the small, velvet creatures which are the bane of gardeners’ lives. 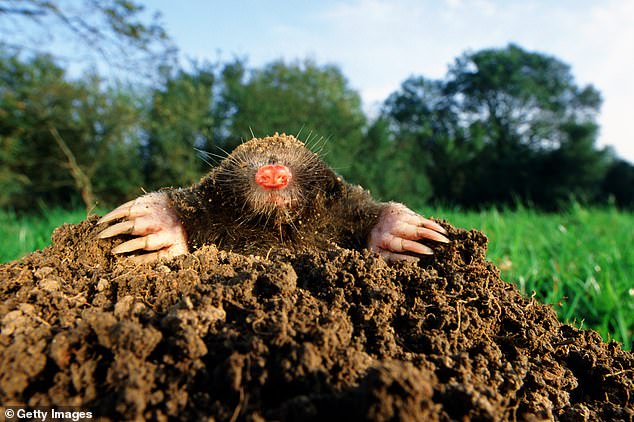 Raised in ‘the coal-blackened North’, Marc Hamer escaped a subterranean existence as a miner as, at 6ft 2in, he was too tall. ‘The mine boss said I would crack my skull and break my back,’ he writes.

His mother died when he was 16, and soon after his father told him to leave home because he was ‘surplus to requirements’.

He walked for 18 months, living with animals and birds, sleeping under hedges, in woodlands and on riverbanks. It gave him a formative love of the countryside. After an apprenticeship as a steel worker, he worked on the railways for seven years before finding his true vocation as a gardener.

In his prologue Hamer says he is tired of mole-catching. But he is anxious to preserve its craft for posterity, hence this book. (There are only 300 registered mole-catchers in Britain.)

‘The moles, like us, are deeply mysterious creatures and we will only ever catch a glimpse of their truth,’ he writes.

So what is their truth? They may loom large in the imagination, but they can be as small as 4in long.

Their average life span is four years; they mostly live completely alone and only ever leave their habitat to mate.

They call to each other by twittering to make sure they do not have to meet; they bleed to death from the slightest injury as their blood is poor at clotting; they don’t hibernate and, no, they don’t live in molehills. Those are just heaps of their household waste.

As the story unfolds, the author offers us intimate glimpses of his own life. He is happily married with children, but he has been through dark times. 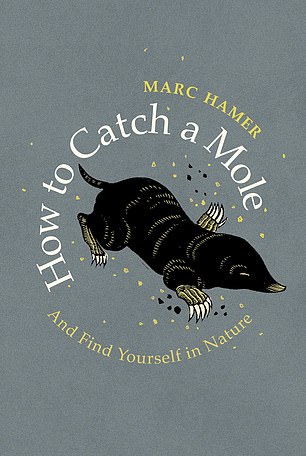 Like the scraps of pottery he finds in molehills, his narrative is littered with revelatory shards.

‘I have in my time deliberately tried to die, but I am still here,’ he says. Walking, he finds, is the best therapy, allowing him to immerse himself in nature: ‘Walking through the season from daffodils to bluebells, then massed dandelions turning from bright yellow heads into white clouds of seed drifting across the path so thickly it was hard to breathe.’

So how do you catch a mole? Don’t use vibration makers: the mole soon learns they are benign and returns. Don’t use poison, as it has a negative impact on the environment. Compacted soil is a good deterrent — this involves rolling the lawn. Otherwise traps are best. The more expensive, the more humane.

The book is illustrated with lovely line drawings by Joe McLaren and interspersed with Hamer’s own poetry, but his prose has the more visceral impact. He talks of words forming in his imagination, ‘silently creeping in on insect legs’.

And he offers us some heart-rending images which linger in the mind long after you’ve closed the book, too: ‘Occasionally during the breeding season I will pull out a trap that’s caught two moles. They will always be face to face as if approaching to kiss but not quite making it, their noses an inch apart.’