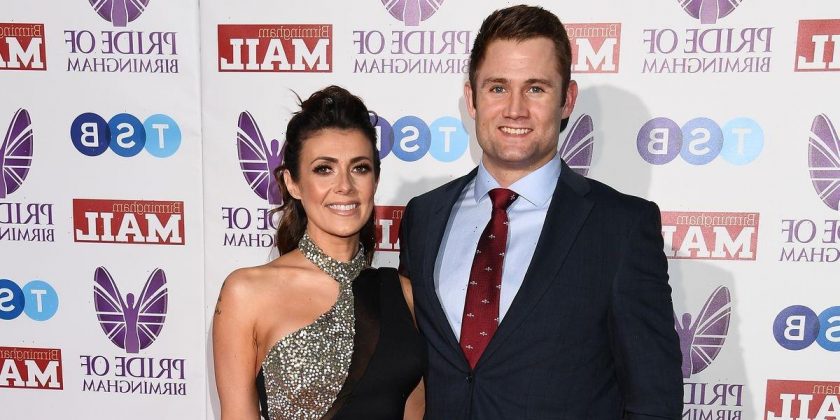 Kym Marsh and Scott Ratcliff recently tied the knot in a lavish ceremony in Sandhurst, surrounded by their close friends and families.

The loved-up pair celebrated with a military themed wedding, in a nod to the actress' new husband's career.

Kym, 45, and Scott, 33, got engaged back in July and quickly planned their special day to ensure Kym's terminally ill father Dave, 76, could walk her down the aisle.

The stunning ceremony was attended by Kym's Coronation Street co-stars, such as Anthony Cotton and Alison King, alongside various other famous faces including her Morning Live co-stars Gethin Jones and Janette Manrara.

While Kym is known for roles as an actress and presenter, we take a look into her new husband Scott's life and career…

Who is Scott Ratcliff?

Scott Ratcliff is a major in the army Parachute Regiment, and is from Scotland.

He trained at the Sandhurst Military Academy, and has been in the elite troop for nearly ten years.

Alongside his military role, Scott is also passionate about charity work.

One of his charity projects included completing the Great North Run in less than two hours while wearing his full army uniform and a backpack weighing 40kg.

Scott has one child, a six year old daughter named Renée from a previous relationship.

He met soap star Kym back in 2018 through their mutual friend Anthony Cotton. Scott became good friends with Anthony due to the actor's charity work with the armed forces.

After introducing them, they sparked up a relationship via FaceTime calls and texting as Scott was deployed in Afghanistan at the time.

After dating for nearly three years, Scott popped the question while the pair were celebrating Kym's 45th birthday in July.

Kym is mum to David, 26, and Emilie, 23, from her relationship with David Cunliffe. She also shares daughter Polly, 10, with ex-husband Jamie Lomas.