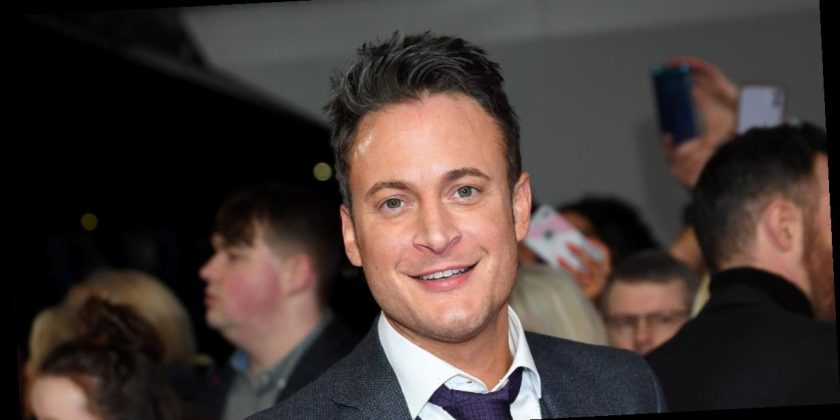 Hollyoaks star Gary Lucy plays the role of Luke Morgan in the hit show, first popping up when he was just a teenager from 1999 until 2002.

The star then left the show with his character upping sticks and moving to Canada, before returning to the soap again in 2017.

However, it wasn’t long before the Luke Morgan actor went on another hiatus and he took a break from Hollyoaks in September 2018 while joining The Full Monty Tour.

Gary has since returned and faces a terrible time as his character is diagnosed with Pick’s disease, a rare type of dementia.

But just where is the soap actor now? Let’s take a look…

Where is Gary Lucy now?

Gary, 39, was born in Chigwell in Essex to market trader parents.

Growing up the star was football obsessed but he embarked on an acting career in 1997 in Grange Hill at the age of 15 and the rest is history.

However his two passions of football and acting did at one point collide as he bagged a role in football drama Dream Team.

Next, the star while just a teenager joined Hollyoaks.

Gary has also taken part in Footballers’ Wives, which he starred in from 2002 until 2004 as striker Kyle Pascoe.

And he also jumped soaps and went to play Danny Pennant in EastEnders from 2012 until 2014.

On the reality show front, Gary tried his hand at Dancing On Ice and partnered up with Maria Filipov in 2014, however he was hit with a stroke of bad luck and seriously injured his knee.

Gary hasn’t appeared in much since but he did pop up in Casualty in 2014, The Dumping Ground n 2018 and then Hollyoaks Does Come Dine With Me in 2020.

The star is present on social media and often shares snaps with his 163,000 followers.

His bio reads: “Mostly Me and my adorable cranky kids. I'm late to instagram but I'm always late (better late than never) ps All views are my own unless I'm hacked,” followed by a wink emoji.

Gary married actress Natasha Gray who is perhaps best known for her role as Elsa Chappell in Emmerdale.

The soap actors wed in 2014 at London's Mandarin Oriental Hotel in a lavish affair which was covered by OK! magazine.

Amy Childs and Sarah Harding were in attendance as well as Christopher Biggins.

Moments before his blushing bride was due to arrive at the beautiful venue, Gary said: "I hope I'm not going to be a blubbering mess and spoil my make-up.

"She's my best friend and I couldn't think of anyone better to spend the rest of my life with."

Unfortunately for him, as soon as he clocked his future wife his eyes welled up with tears.

Hollyoaks stars: Past and present

Towards the end of 2018 Gary and Natasha called it quits after dating for ten years and being married for four.

In a statement the couple said: “It is with great sadness that we announce the end of our marriage.

“This was a very difficult decision, but was reached mutually and amicably. No other parties are involved.”

They added: “Our priority is, as always, our children. There are no secrets nor salacious events at the root of our decision, just two best friends realising it’s time to take some space and help each other live the most joyous, fulfilled lives possible. We are still a family and will always be loving, dedicated parents.”

Gary rarely posts on Instagram but he recently shared an adorable snap with one his tots while curled up in bed.

He penned: “Shhh let's have a little snooze #daddydaycare,” over the adorable snap.