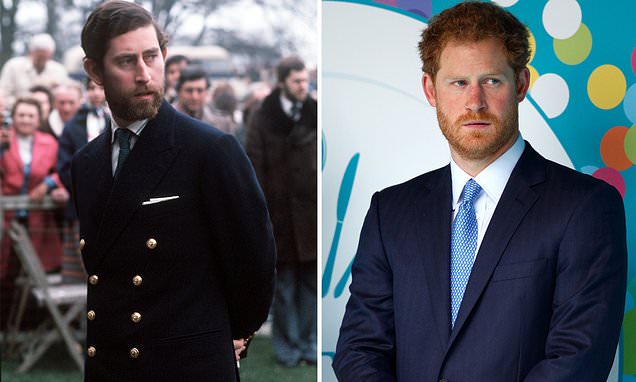 Remind you of someone? Royal fans go wild over how much a bearded young Charles looks like Prince Harry in a throwback snap shared to mark his birthday

Royal fans were struck by how much Prince Charles looks like Prince Harry in a photo shared to mark his 70th birthday this week.

The picture, shared on the Royal Family’s social media accounts, shows a then 27-year-old Charles at the Badminton Horse Trials in May 1976.

He is sporting a double-breasted navy coat and ‘smart naval beard’, one that closely resembles Prince Harry’s own. 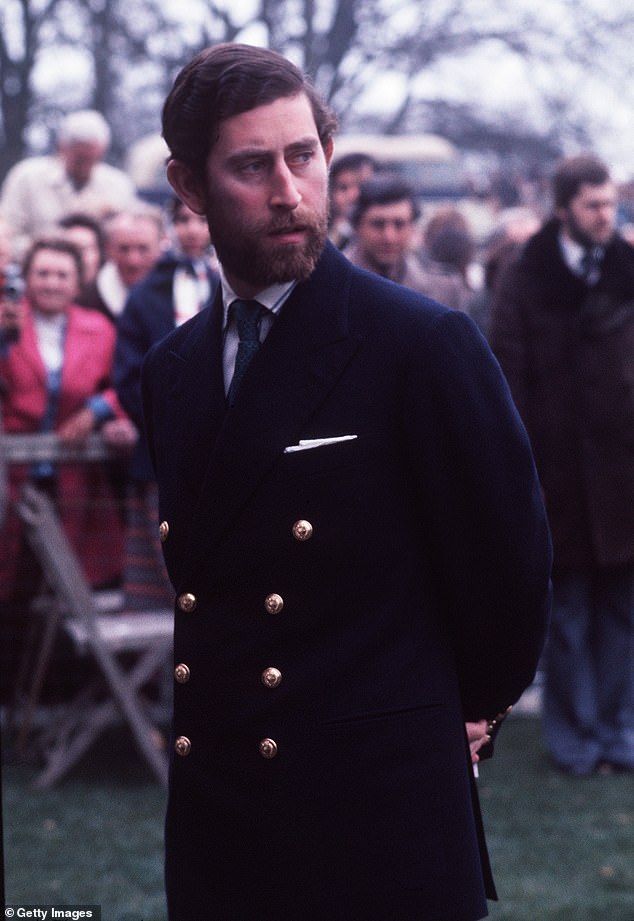 Look familiar? This photograph, shared on the Royal Family’s social media accounts to mark Charles’ 70th birthday, shows a then 27-year-old Charles at the Badminton Horse Trials in May 1976. Fans were quick to comment on how much he looks like his son Prince Harry, 34 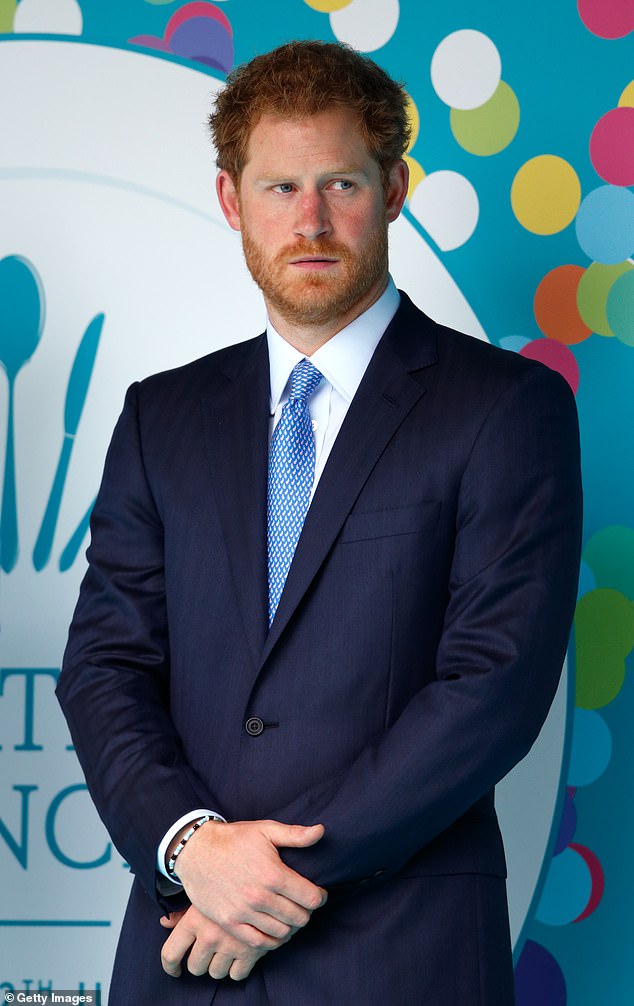 The young Charles is also wearing a quizzical, thoughtful expression that appears to have been inherited by his son.

One posted: ‘I thought the photo of Charles with the beard and looking to the side was Harry!!’

Another added: ‘That one pic still he was the spitting image of Harry.’ 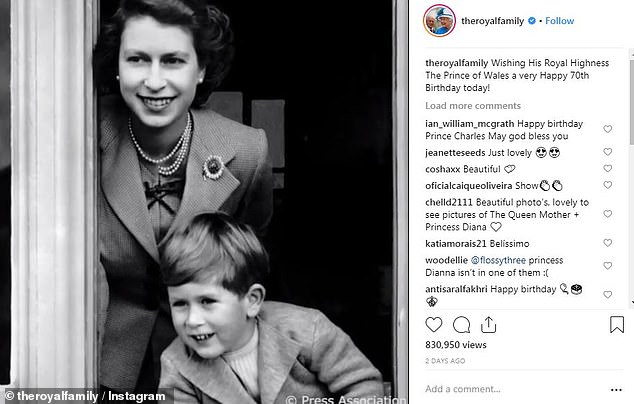 Birthday tribute: The image was shared as part of a slideshow commemorating Prince Charles’ 70th birthday on Wednesday. Pictured, one of the archive shots posted on Instagram

Striking: Royal fans commented on how much Charles looks like Harry with a beard

The photo was part of an online gallery shared by the Royal Family to mark Prince Charles’ 70th birthday on Wednesday.

It comes just weeks after Getty royal photographer Chris Jackson sent into a frenzy over the striking similarities between Prince Harry and his grandfather the Duke of Edinburgh.

Side-by-side snaps of the Duke of Sussex and a young Prince Philip attracted dozens of comments after they were shared on Instagram. 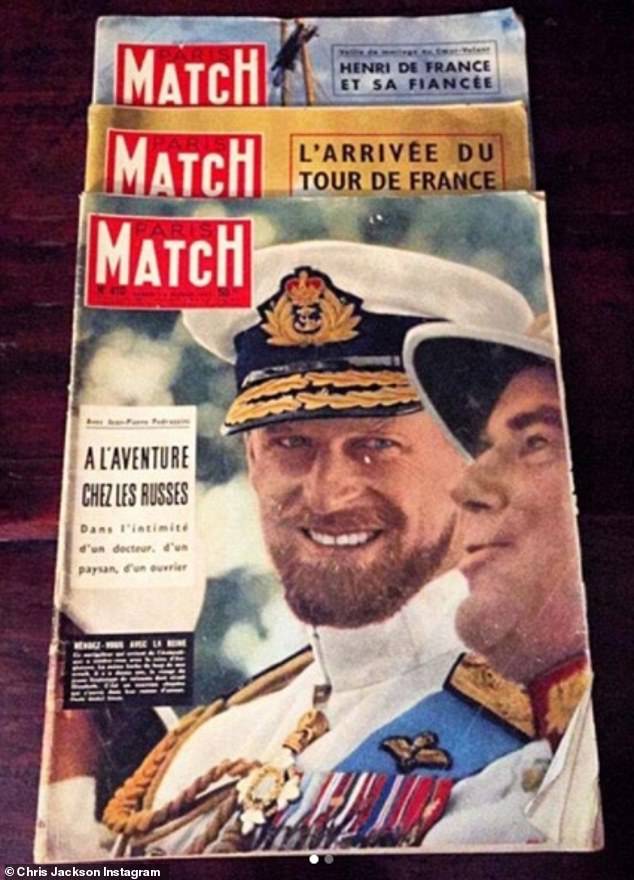 All in the family: It comes weeks after royal photographer Chris Jackson said he was struck by the similarities between a recent photo of Prince Harry, 34, and a 1957 magazine cover featuring his grandfather Prince Philip, then aged 36, pictured 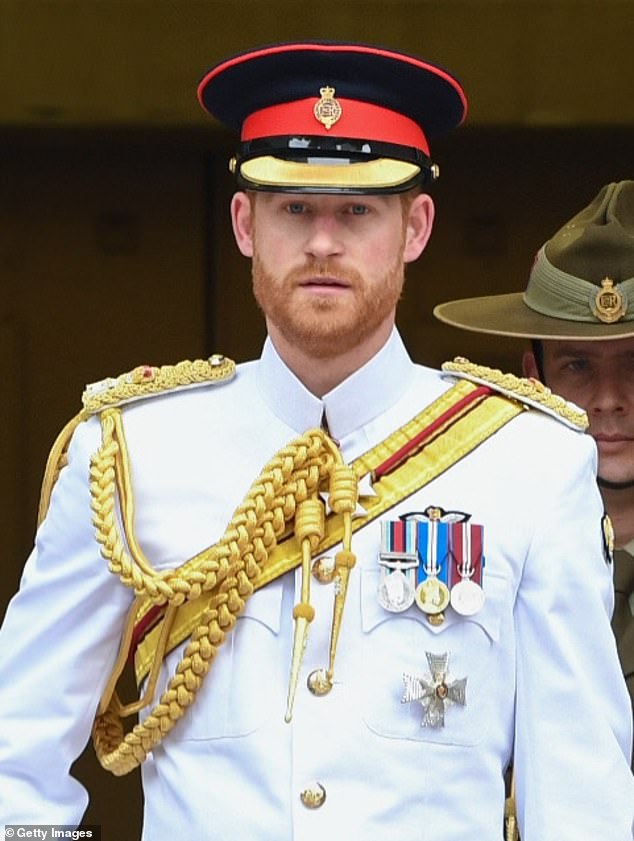 Lookalike: Prince Harry wore the same Tropical Dress of the Blues and Royals as his grandfather at an ANZAC memorial service during the royal tour last month, pictured.  Harry and Philip sport very similar facial hair and look alike around the eyes 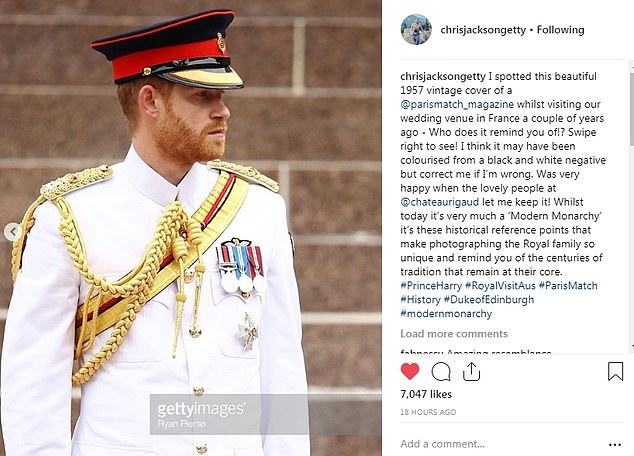 Mr Jackson shared the photo of Prince Philip alongside one taken of Harry at the engagement, pictured. He wrote: ‘I spotted this beautiful 1957 vintage cover of a Paris Match magazine whilst visiting our wedding venue in France a couple of years ago. Who does it remind you of!?’

Mr Jackson explained he was struck by the resemblance between a recent photo of Harry, 34, and a 1957 magazine cover featuring Prince Philip, then aged 36.

The Duke wears the same Tropical Dress of the Blues and Royals on the magazine cover as his grandson wore to an ANZAC memorial in Sydney during the royal tour last month.

Fans were quick to agree, with one writing: ‘Wow! Harry looks just like Prince Phillip,’ while another added: ‘I thought it was Harry for a second!’.

Agreeing, one follower wrote: ‘They are so similar and their bond is undeniable. Harry gets his handsome looks from His grandfather. And his mother of course.’