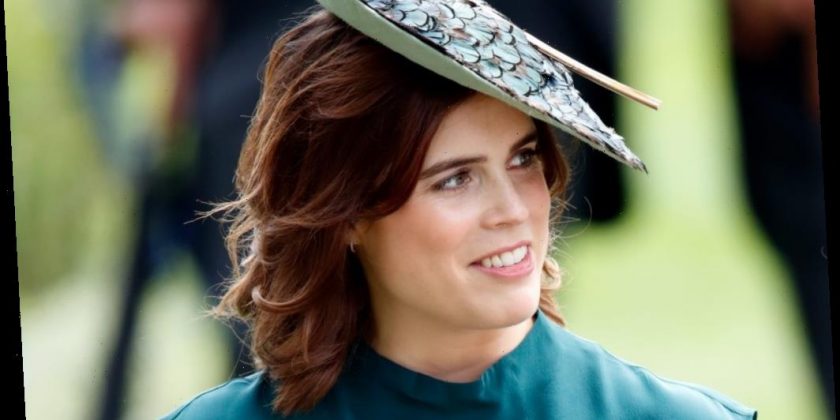 Prince Andrew and Sarah, Duchess of York‘s daughter Princess Eugenie gave birth to a baby boy on Feb. 9. Upon his arrival into the world, the child immediately gained a spot in the line of succession to the British throne and pushed a well-known senior royal down.

Here’s who got bumped down the line by Princess Eugenie and Jack Brooksbank’s baby and if the child will have his own royal title.

Buckingham Palace confirmed the child’s birth with a statement which read:

Her Royal Highness Princess Eugenie was safely delivered of a son today, 9th February 2021, at 0855hrs at The Portland Hospital. Jack Brooksbank was present. The baby weighs 8lbs 1oz. The queen, the Duke of Edinburgh, the Duke of York, Sarah, Duchess of York, and Mr. and Mrs. George Brooksbank have been informed and are delighted with the news. This is Princess Eugenie and Jack Brooksbank’s first child, The Duke of York and Sarah, Duchess of York’s first grandchild, and the ninth great-grandchild for the queen and the Duke of Edinburgh. Her Royal Highness and her child are both doing well.

Following the news, Prince Charles and Camilla, Duchess of Cornwall congratulated Eugenie and Jack via their social media account. And Hello! reported that Prince Harry and Meghan, Duchess of Sussex reached out to the new parents to offer their congrats privately.

Will their son have a royal title?

The new baby will not have a royal title like his mother, according to a royal expert. In an interview with Town & Country just before Eugenie’s wedding in 2018, royal historian and author Carolyn Harris said that “Princess Eugenie’s children will not have titles unless the queen decides to bestow an earldom on Jack Brooksbank.”

We now know that was not the case so any children they have do not get royal titles as such titles in the U.K. are passed down via the male line. Therefore, because Brooksbank doesn’t have one, neither will his children.

That said, there is a way the child could still get a title and that is if the queen offers one for the baby. At that point, it would then be up to Eugenie and Jack to accept it or turn it down. The monarch did this after her daughter Princess Anne’s children were born, but Anne decided not to go with the courtesy titles for her kids.

Title or no title the princess’s son has a place in the line of succession to the British throne. So where does he fall and who did he just bump down the line?

Prince Charles is the of course first in line to take over the throne after his mother followed by his oldest son, Prince William. The Duke of Cambridge’s eldest child, Prince George, is third. George’s sister, Princess Charlotte, is fourth and their younger brother, Prince Louis, is fifth.

After the birth of the Cambridge children, Prince Harry’s place was bumped down to sixth. The Duke of Sussex’s son, Archie Harrison, is seventh. Eugenie’s father, Prince Andrew, is eighth and she and her sister, Princess Beatrice, are ninth and 10th respectively. Princess Eugenie’s son is now 11th behind his mother. That means Prince Edward, is down to 12th. Edward’s son and daughter are 13th and 14th. And Princess Anne has been pushed down to 15th. At one time Anne was actually second behind her brother, Charles, in the line of succession to the British throne.