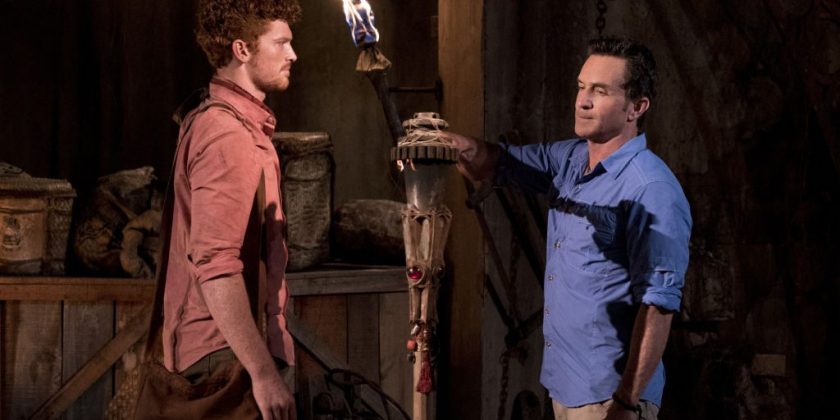 Survivor’s iconic host, Jeff Probst, has been hosting the show for 38 seasons now, and there’s no end in sight. With two seasons of Survivor running each year, it’s safe to assume Probst is spending a lot of his time living and working on the show. Does that mean Probst is living in a tent city for half of the year or more?

We know Probst is an adventure maniac, and a big fan of folks who have grit. But just because the castaways might be roughing it doesn’t mean Probst is. What do Probst’s Survivor digs really look like?

In a 2017 interview with Entertainment Weekly, Probst actually let it slip that he’d prefer for the show to stay in Fiji indefinitely. So far, Probst has remained true to his word on this count. Every season since then has been in Fiji.

But why keep the show dedicated to this one geographical location? Historically, the show has jumped to a variety of countries across the globe, keeping the locale fluid and interesting. What does Fiji have to offer that these other places might not?

“The real truth of the world is, when we started Survivor 18 years ago, there were lots of places we could go,” says the host. “It’s been two decades. It’s a different world. There are not as many places we can go for lots of reasons — the economy, population, political unrest, weather patterns,” explained Probst.

“Fiji offers us everything that we want,” says Probst. “Incredibly beautiful water that you can see down 30 feet, beaches that are amazing, a government that is working with us, local labor that loves to say ‘Bula!’ every day because they’re just happy you’re here. And our crew has never been as happy. We actually have decent accommodations to do this show out in the jungle. It’s a win-win-win,” he added.

Since committing to the new permanent location in Fiji, Probst has gained some new digs. As a matter of fact, Probst boasts an actual house in Fiji — no tent camps here. But that doesn’t mean it’s all luxury. Probst is a fiend for his work.

Challenge designer John Kirhoffer said that Probst has, “big whiteboards in his living room and he’s constantly working on things. Jeff is at every test, every rehearsal.” Kirhoffer added that, “He’s not shy to let us know, ‘You know, that’s kind of lame, wouldn’t it be better if they did this?’ Or ‘Should it be a little more physical?’ Or ‘I think it’s a little too physical.’ I’m not just trying to blow smoke up my boss’s back alley, but he owns it. He owns the show.”

For Probst, even if he’s got a new Fijian house to work in, the work is key. According to his crewmates, Probst is always on the hunt for the next big challenge or twist.

Kirhoffer explained, “David vs. Goliath will have ended, he’s just poured his blood, sweat and tears into rehearsing and everything for weeks, and it’s over and we’re popping our first beers saying, ‘Woo! What a great finale, so glad so-and-so won!’ And all the sudden there’s a text. ‘‘Hey guys, next season let’s remember to do this, this and this. Let’s get a list of this, this, and this.’ We’re like, ‘Oh my God, dude. Shut down and have a glass of wine or something and chill!’”

Where does the crew stay?

While Probst might be in what Kirhoffer jokingly calls his “castle,” brainstorming from on high, the crew have their own retreat.

The crew stays in a resort catered by Mary Anne Houston, and they have actual beds, not hammocks. “You can’t expect us to be living in a hammock between two trees [like the contestants],” explained Kirhoffer. “We’re going seven days a week, dusk to past dawn every day.”