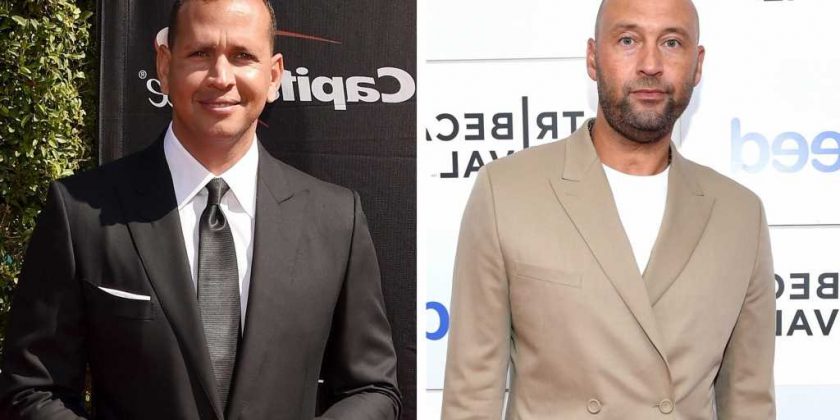 The former MLB star said he and Rodriguez have "spoken" since the premiere of Jeter's docuseries "The Captain."

Derek Jeter is sharing an update on where he stands now with Alex Rodriguez after it was revealed the two former teammates had a falling out in 2001.

While appearing on “Good Day New York” on Thursday, the former MLB star opened up about his new ESPN seven-part docuseries, “The Captain,” in which he detailed how he and A-Rod’s friendship became strained.

During the interview with the news station, Jeter, 48, was asked if there is still a “wedge” between him and Rodriguez, and whether or not A-Rod has contacted him following the show’s premiere. 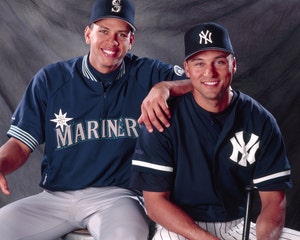 Derek Jeter Reveals Moment He Lost Trust In A-Rod: 'He's Not a True Friend, Is How I Felt'

“No, we’ve spoken, so no, there is no wedge. Everything’s good,” Derek said. “I know people, to this day when I go places, that’s one of the first things they ask me about.”

He added, “There are no issues between Alex and I, at all.”

As shown in “The Captain,” both Jeter and Rodriguez recalled the rift that came between them in the early 2000s, before the latter joined the New York Yankees.

The two were close in the ’90s and even crashed at each other’s apartments while Derek was coming up on the Yankees and A-Rod was playing for the Seattle Mariners. But that friendship started to cool after Rodriguez started making some comments in the press that rubbed Jeter the wrong way.

The former teammates each shared their sides of the story regarding the falling out, which began after Alex made certain comments about Derek in a 2001 profile with Esquire. In the piece, Rodriguez said that Jeter had been “blessed with true talent around him” and has “never had to lead.” He added, “You never say, ‘Don’t let Derek beat you.’ That’s never your concern.”

“Those comments bothered me because, like I said, I’m very, very loyal. As a friend, I’m loyal. And I just looked at it as, I wouldn’t have done it,” Jeter explained in the doc. “And then it was the media, the constant hammer to the nail, you know what I mean? They just kept hammering it in. It just became noise, which frustrated me. It was just constant noise.”

A-Rod, for his part, said that he “felt really bad about it” when the interview came out and he “saw the way it was playing out” in public.

“The way that it was written, I absolutely said exactly what I said. Again, I think it was a comment that I stand behind today,” Rodriguez said. “It was a complete tsunami — [the Yankees were] one of the greatest teams ever — and to say that you don’t have to focus about just one player I think is totally fair.”

Jeter said he “believed” A-Rod’s apology, saying he thought he was “very sincere.”

However, Derek also pointed out that the Esquire interview wasn’t a “stand-alone incident,” recalling how Alex had previously made similar comments about him in an interview with “The Dan Patrick Show” the year prior.

In 2000, Rodriguez said Jeter wouldn’t be the one to break his record for the largest contract in sports history after signing a 10-year, $252 million deal — because “he just doesn’t do the power numbers and defensively he doesn’t do all those things.” A-Rod also said, “there’s not one thing he does better than me,” per TMZ Sports. 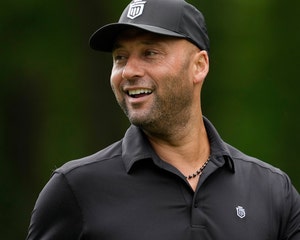 “The Dan Patrick interview, he was talking about a comparison between me and him on the field. In my mind, he got his contract, so you’re trying to diminish what I’m doing maybe to justify why you got paid?” explained Jeter in the doc. “Because I think, look, when you talk about statistics, my statistics never compared to Alex’s statistics. I’m not blind. I understand. But we won. You can say whatever you want about me as a player, that’s fine, but then it goes back to the trust and the loyalty. This is how the guy feels, he’s not a true friend, is how I felt. Because I wouldn’t do it to a friend.”

Speaking generally about their relationship and how it changed over time, Rodriguez said he believed he was in Jeter’s “circle of trust” early on. “I mean, you have to be if I’m sleeping at his apartment and he’s sleeping at mine,” he added.

“I think that changed in where I said some things that he didn’t like, and that, for him, broke the trust. And I think from that moment on it was never quite the same ever again,” he admitted. “I think it’s [me] really not understanding the way things work. In many ways, my father leaving when I was 10, not getting that schooling at home, the tough love, it resulted in insecurity, some self esteem issues and as I got older I realized, all you gotta be is be yourself.”

“To allow that opening, that gap, that space to come between Derek and I, that’s on me,” he concluded. “That’s not on the writer, the writer’s got a job to do. You give him an opening and he can drive a wedge between two young stars, then he’s gonna do that.”

Jeter said the two were “young” and acknowledged that “people make mistakes.”

“I get it. They make mistakes. Some mistakes bigger than others. What I expect of you, you should expect the same of me. I wouldn’t treat you that way,” he added. “And, once again, that’s fine. I’m still gonna be cordial. But you crossed the line, and I won’t let you in again.”

A-Rod joined Jeter on the Yankees in February 2004, with Rodriguez switching positions and agreeing to play third base since Derek was already the team’s shortstop. They won the World Series together in 2009 — and, in 2018, Rodriguez told Cigar Aficionado that the two were “friends,” but had their ups and downs over the years.

“The Captain” premiered on July 18 on ESPN and ESPN+. Episodes 1 through 4 are available to stream now on ESPN+. Episodes 5 and 6 will drop next Thursday, while the final episode will air on August 11.