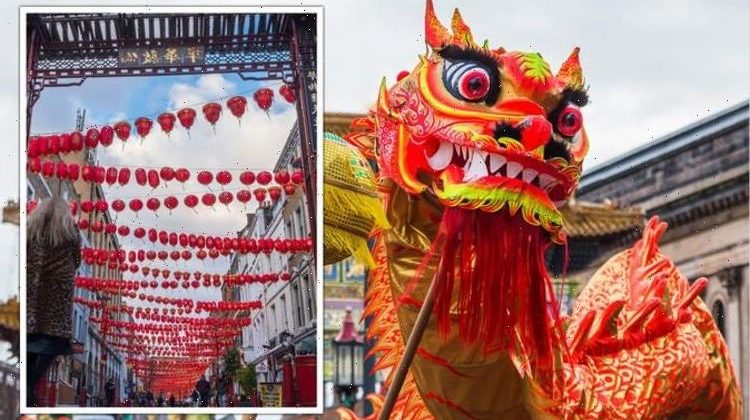 For many people, January 1 isn’t the start of the new year. Chinese New Year follows the lunar calendar and will take place in February this year. Here’s how to celebrate Chinese New Year, and the date it falls on in 2022.

New Year’s celebrations aren’t over yet: you can also celebrate Chinese New Year later in 2022.

Chinese people celebrate the Lunar New Year, which is different from the Gregorian calendar Britain follows.

According to the Chinese zodiac, 2022 will be the year of the tiger.

The Chinese zodiac ascribes animals with positive and negative attributes to each year.

The animals are based on an old Chinese folk tale known as the Great Race, in which animals raced to get to the Jade Emperor.

The order the animals reached the emperor is the order years are named, which follows a 12-year cycle.

The tiger is noted as a symbol of power, often associated with emperors and kings, tigers are also considered to be confident, competitive, brave and strong-minded.

When Chinese New Year is celebrated in February, people celebrate with fireworks, feasts of food, traditional clothing and red lanterns.

The dragon is a symbol of good fortune, so processions and dances with long colourful dragon puppets tend to take place in celebrations.

The celebrations are part of a festival lasting 15 days, the idea is to usher out the last year and invite good luck and prosperity for the next one.

It is a custom to gift young people money in colourful envelopes.

Another tradition is deep-cleaning your home to get rid of any bad luck.

In China, people are given a week off work to observe the new year celebrations.

The last event of Chinese New Year is the lantern festival, where there is a nighttime parade of glowing lanterns.

If you want to wish someone a happy Chinese New Year, there are different common greetings.

In Mandarin, the more common language in China, you can say “xin nian kuai le”, which is pronounced “shin nee-an kwai leh”.

“Gong hei fat choy” is a more formal greeting, often used in business settings, it translates as “wishing you great happiness and prosperity”.