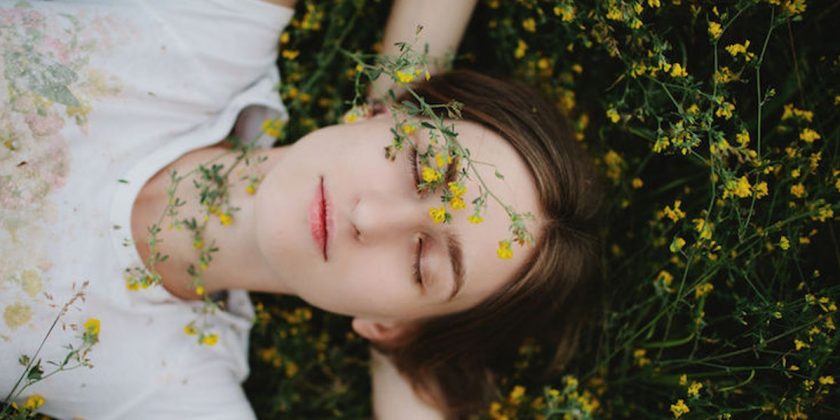 There are four stages in a 28-day menstrual cycle, but there’s only one where I can confidently say that I feel like the human equivalent of a brown bear. By that I mean that I wouldn’t be mad if I could just go into hibernation until this particular phase ended — that’s how tired it makes me. I know you feel me on this: There’s always one distinct part of the month when your period makes you feel the most tired, and yeah, it’s annoying, but at least, once you realize the pattern, you’ll be that much more prepared to deal when your eyelids start to feel heavy.

First of all, in case you don’t know, let’s clear up what the four stages of the menstrual cycle actually are: The 28-day cycle begins with menstruation (aka the first day that you bleed or "get your period"), which typically lasts three to seven days, and essentially overlaps with the second part of your cycle, called the follicular phase, aka the time between "the first day of your menstrual period" and "when you start to ovulate," as per Healthline. The third part of your cycle is your ovulatory phase (or ovulation), which is when you’re most fertile, according to the American Pregnancy Association. Lastly, there’s the luteal phase, which pretty much involves a rollercoaster of erratic hormones that are working to take you back to the beginning of your cycle — menstruation/bleeding — to do the whole damn thing all over again.

So when exactly during those four stages are you bound to feel the sleepiest? Of course, everyone is different, and each body has its own nuances, but typically, lethargy peaks during menstruation, or the bleeding phase of your cycle, says Dr. Janelle Luk, co-founder and medical director of Generation Next Fertility in New York City. Your Time of the Month, the Crimson Tide, good ol’ Aunt Flo — whatever you wish to call it, this part of your cycle can make you really sleepy because the hormones estrogen and progesterone tend to be low when you’re bleeding, potentially leaving your body super fatigued.

"Heavy menstrual bleeding results in extra feelings of lethargy and tiredness," Dr. Luk tells Elite Daily over email. "It is important to pay mind to the level of tiredness you are experiencing and to track it over time."

To put it simply, your body’s doing a whole lot beneath the surface during this part of your cycle. "During this week, your energy is the lowest in your cycle and you may feel tired and withdrawn," Nicole Jardim, a hormonal health and functional nutrition coach, wrote for Mindbodygreen. "You may want to rest more than you usually do, or even take a day off."

Here’s the thing, though: Jardim acknowledged that, for many people, it’s probably not possible to take an entire day off for rest and self-care — but, the health coach wrote, even just taking a little bit of downtime to check in with your body and get quiet can do a world of good during this part of your cycle. "If you’re pressed for time, your rest time could even look like a short walk or three minutes of deep breathing," Jardim suggested.

Additionally, if you feel downright frustrated about how blah you feel on your period, not to mention how incredibly inconvenient it can be, try your best to look at your menstrual cycle from a different perspective. As Gina Rodriguez told Elite Daily back in August, part of your power as a woman lies in your body’s ability to have a period: "I feel like [women] were born into being domesticated to know and believe and be OK with the fact that our superpower, i.e. our period which makes us procreate, which means the only reason any of the men are here to begin with, is because of us. It terrifies people. And by people, I mean men. Because we are powerful."

And BTW, if you’re debilitatingly exhausted at any point during your cycle, to the point where it doesn’t seem normal for your body, Dr. Luk recommends speaking with your OBGYN about it. "There are other medical underlying conditions that can result in increased exhaustion," she tells Elite Daily, "such as anemia (the most common cause of iron deficiency) or an under-active thyroid (hypothyroidism)."