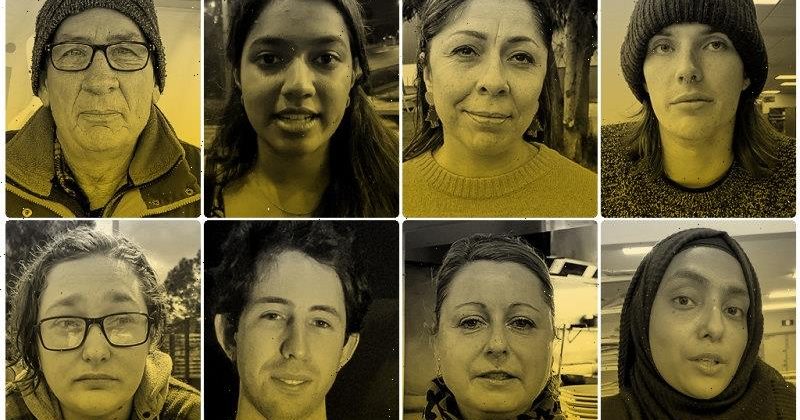 Integrity in politics, the health system, and the environment are the top three issues that will sway readers of The Age when they cast their votes at the November 26 election, with cost of living also a huge concern across both regional and metropolitan Melbourne.

A survey of about 5500 subscribers and readers, released on Monday to coincide with The Age’s launch of Victoria’s agenda — together with a poll of Victorians, interviews with regional residents, and sit-down meetings with experts — will inform this masthead’s coverage of the state election campaign.

The approach is based on the Citizens’ Agenda, championed by American academic Professor Jay Rosen, to ensure journalists quiz the politicians during the campaign on things that matter to voters rather than having coverage dictated only by what matters to politicians.

As part of formulating its approach, The Age sent five journalists around the state, to Cranbourne, Broadmeadows, Woodend, Gisborne, Bendigo, Flemington, Tarneit, Shepparton and Wangaratta, interviewing 150 citizens, asking: What do you want political parties and candidates to be talking about as they compete for your vote?

We asked our existing subscribers what they wanted the politicians to be discussing, and got 5500 responses. We hosted eight lunches with people who have expertise and lived experience in health, education, crime and justice, transport and infrastructure, the future of the CBD, the economy and business, and equality and social justice. And we conducted a separate poll as part of the Resolve Political Monitor research.

Following this research, The Age has landed on the six most pressing questions for candidates and parties that Victorians want politicians to address:

The Age will use these questions to guide reporting for the next five weeks of the election campaign.

In the survey of 5500 readers in August and September, readers ranked integrity, health and the environment highest on what would sway their vote. Transport infrastructure and education also ranked highly, followed by the future of Melbourne, cost of living, equality, and the economy.

The future of Melbourne, cost of living and wages growth were more important to readers aged 18-34 than older voters, who were overrepresented in the survey.

The majority of survey respondents were based in inner Melbourne, followed by the northern suburbs. Respondents were also more likely to be men than women.

When asked what they wanted more coverage of, readers said they wanted to read more about integrity, environment and health.

Wages growth and law and justice were the two least important factors for both age groups. Business and the economy and the pandemic response and recovery were also among the bottom factors that will impact voters.

A separate poll of 1107 Victorians in the Resolve Political Monitor, conducted for The Age by research company Resolve Strategic in August and September, found a fifth of Victorians also identified cost of living as their biggest priority.

Health and aged care topped the list for 16 per cent of voters. Eleven per cent of people said environment and climate change were their main concerns, followed by economic management and recovery (10 per cent), and integrity in politics and government (7 per cent).

In the regional areas visited by The Age journalists to prepare for Victoria’s Agenda, health, regional growth, housing and roads came up most.