With Britain’s fraud epidemic costing victims around £1billion a year, banks are piling more and more resources into the fight against increasingly clever scams. 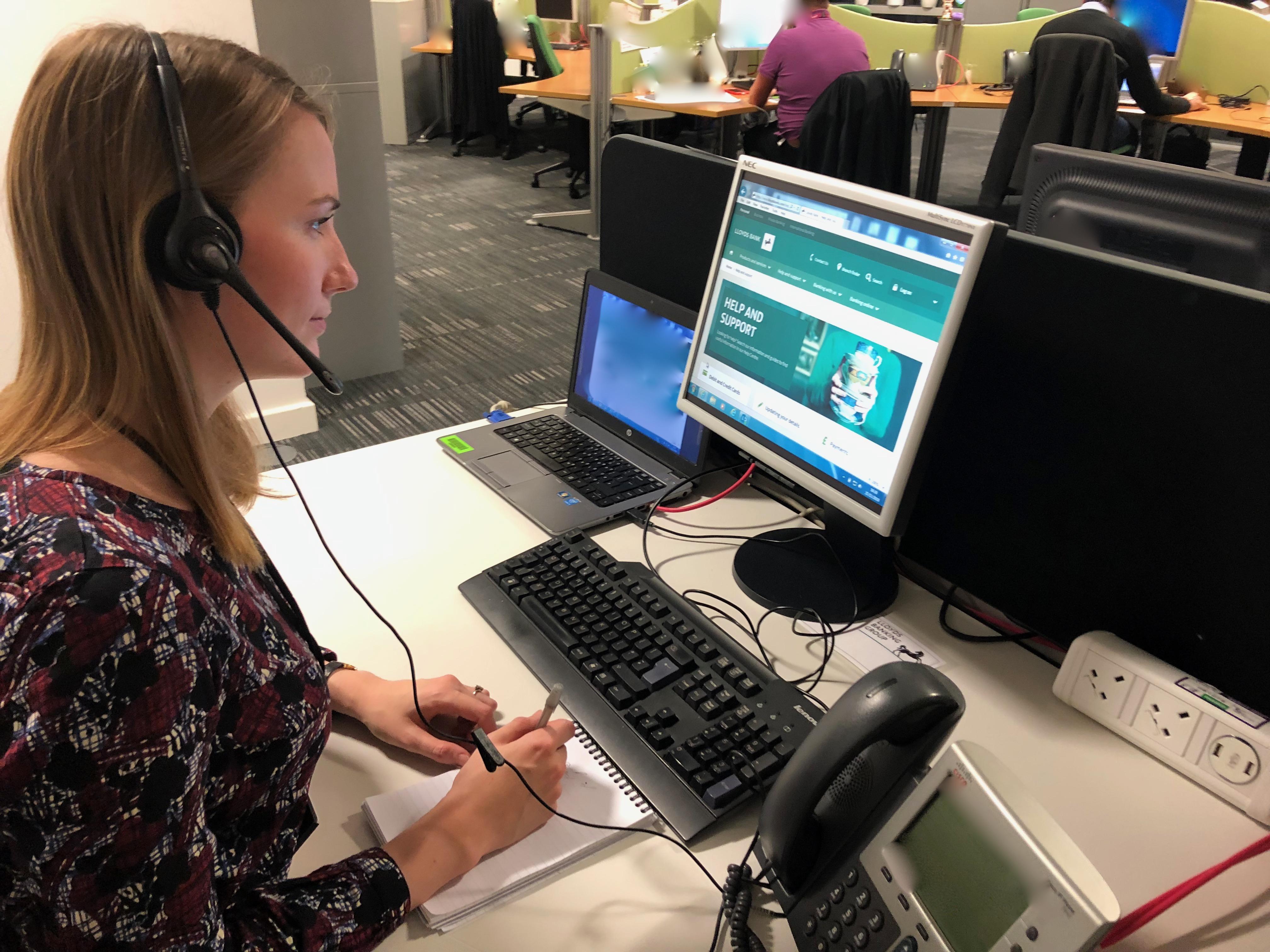 Lloyds Banking Group – which owns Lloyds, Halifax and Bank of Scotland – invited The Sun to witness its fraud teams in action.

So I head to the office, put on a headset and join Robert as he picks up the phone.

His first caller is a middle-aged woman who is worried her card has been used fraudulently to buy tickets online.

She explains how she briefly lost her card and later spotted a £35 transaction on her bank statement.

Robert is convinced by her story – but he’s not just taking her word for it.

As she talks, he quietly searches the bank’s systems, looking up the information it holds about her account history.

He tells her he’s blocking her card and issuing a new one, reporting the fraud and sending an immediate refund. 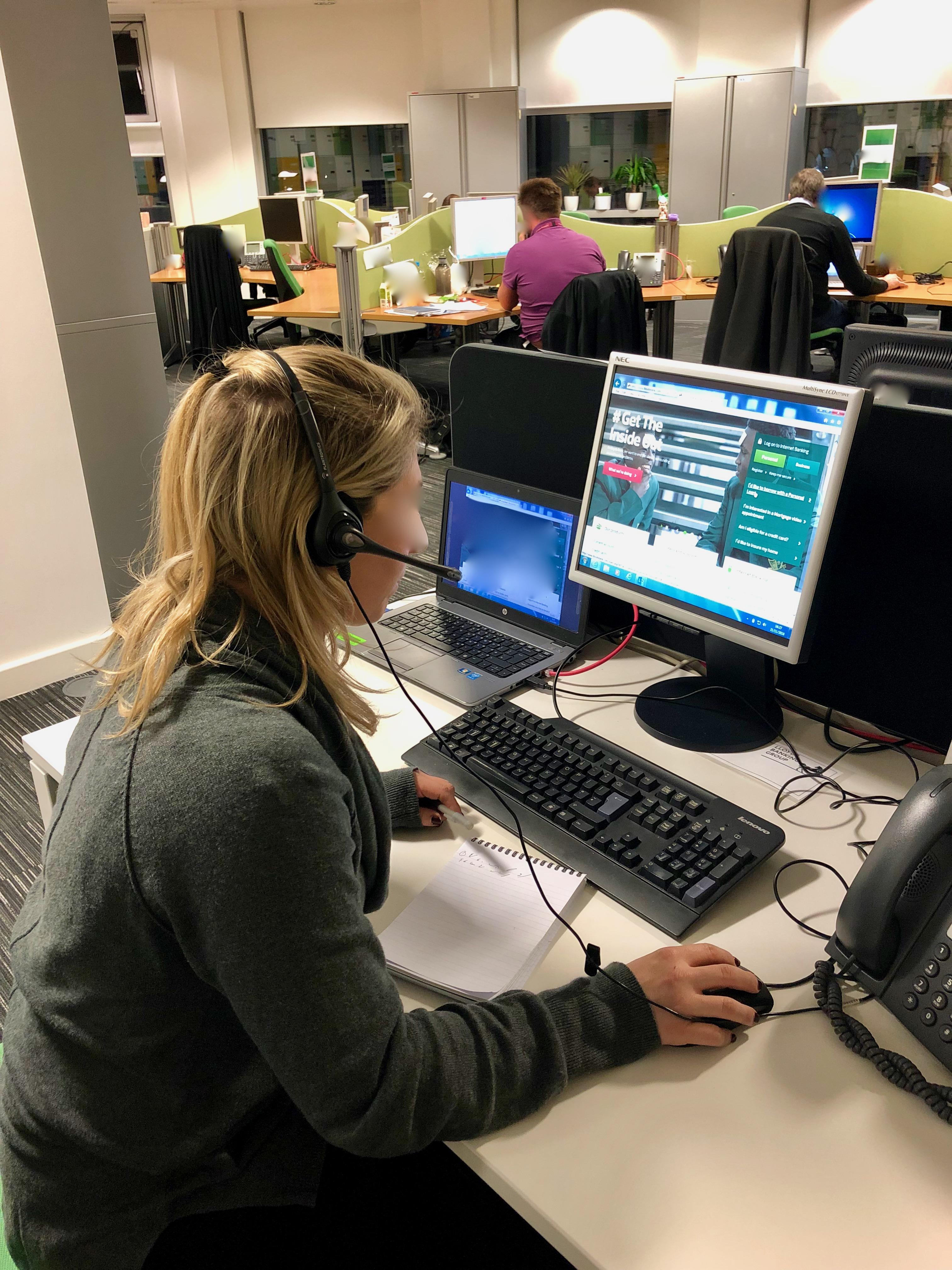 Robert, who can take up to 100 calls on a busy shift, is one of around 2,500 fraud-fighting staff at four Lloyds offices around the UK.

But on the other side of the open-plan office, another team is working to stop customers becoming victims before fraud happens.

This team checks reports flagged up by the bank’s automatic fraud detection system which spots suspicious combinations of activities, such as someone logging in from a new device for the first time and setting up a new payee.

When I arrive, Chris* is looking at details of a woman who’s just requested a bank loan for £15,000 using a computer, which is unusual as records show she normally uses her phone to log in.

Chris has to act quickly – he can’t freeze the loan unless he’s sure it’s suspicious because the customer might need the money urgently, but if it is dodgy he must block it before fraudsters can get their hands on the cash. 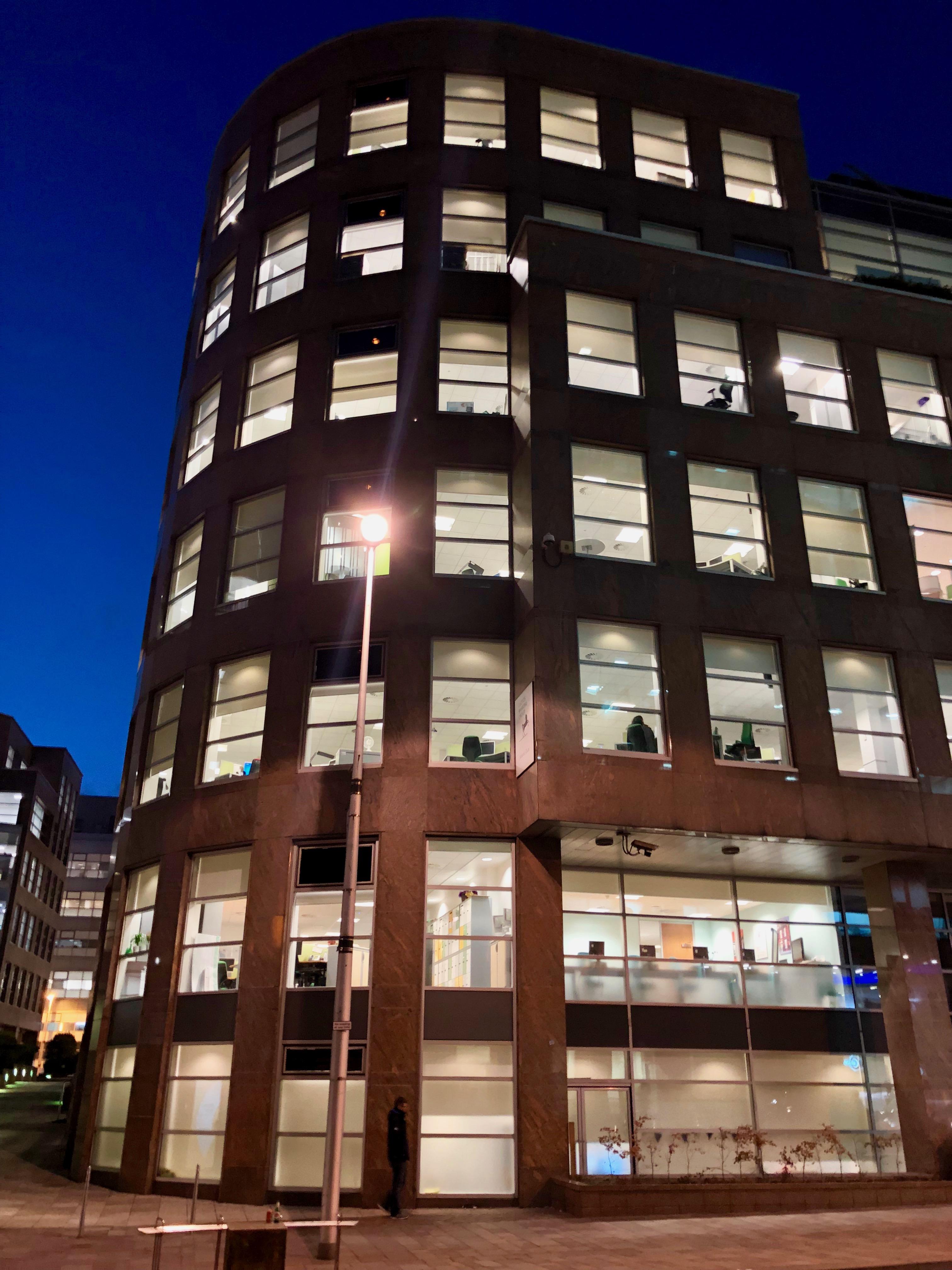 “It’s a balancing act,” he explains. “We don’t want to inconvenience customers but we have to be sure it’s really them.”

A bit of digging reveals the customer was likely using her husband’s work laptop to request the loan, so Chris approves it as genuine.

But his next case looks more suspicious.

How to avoid fraud

Chris quickly freezes the account to prevent it being used to receive stolen cash.

He thinks the young customer, who was overdrawn, may have been duped by fake loan websites which take people’s bank details and sell them on.

Chris explains: “Young people can be vulnerable to falling for this kind of scam as they are often advertised on social media.”

Lesley*, a manager in the fraud team, shows me how the bank is using technology which analyses voices, phone lines and background noise to tell whether callers are genuine – and flags up a warning if it suspects they are not the real customer.

But even the most cutting-edge technology can’t help if customers have been tricked into transferring money, known as authorised push payment fraud.

There is currently no legal obligation for banks to hand back cash lost in this type of scam – unlike card fraud, where banks have to refund customers unless they’ve been careless with their card or PIN. 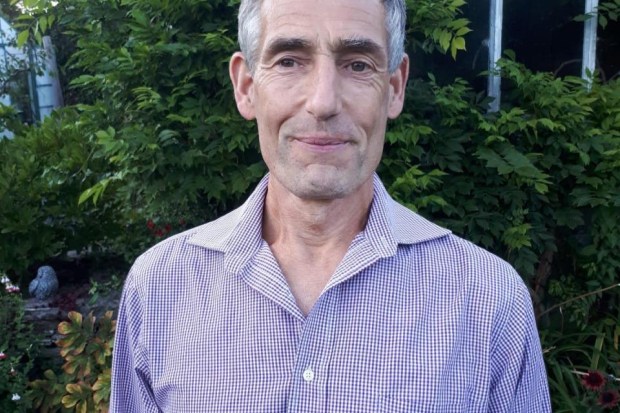 The 61-year-old, who lives near Chichester in West Sussex, was caught out by a scam back in April this year and his bank Natwest has only been able to recover £422 of the £9,690 lost.

David said: "I feel stupid, embarrassed, and let down by a system that seems to have no will to bring crooks to justice, therefore encouraging them."

He was contacted by a scammer claiming to be from HM Revenue and Customs (HMRC) who told David that his recently filed self-assessment tax return had been sent to the wrong bank account.

David re-sent the money but when no refund of the original payment had been received, alarm bells began ringing.

He immediately rang HMRC and contacted his bank.

But by that time, NatWest said it was only able to recover £422 from the fraudster's bank, which was with Barclays.

I listen to a call from a man who says he wants to transfer money to an account at another bank, despite the call handler warning him the bank’s system thinks it could be fraud.

He insists he wants to pay – but calls back a few hours later after realising he’d been tricked by fraudsters pretending to be from HMRC.

They had threatened him with court action if he didn’t pay immediately.

Lesley can’t say if he’ll get the money back. 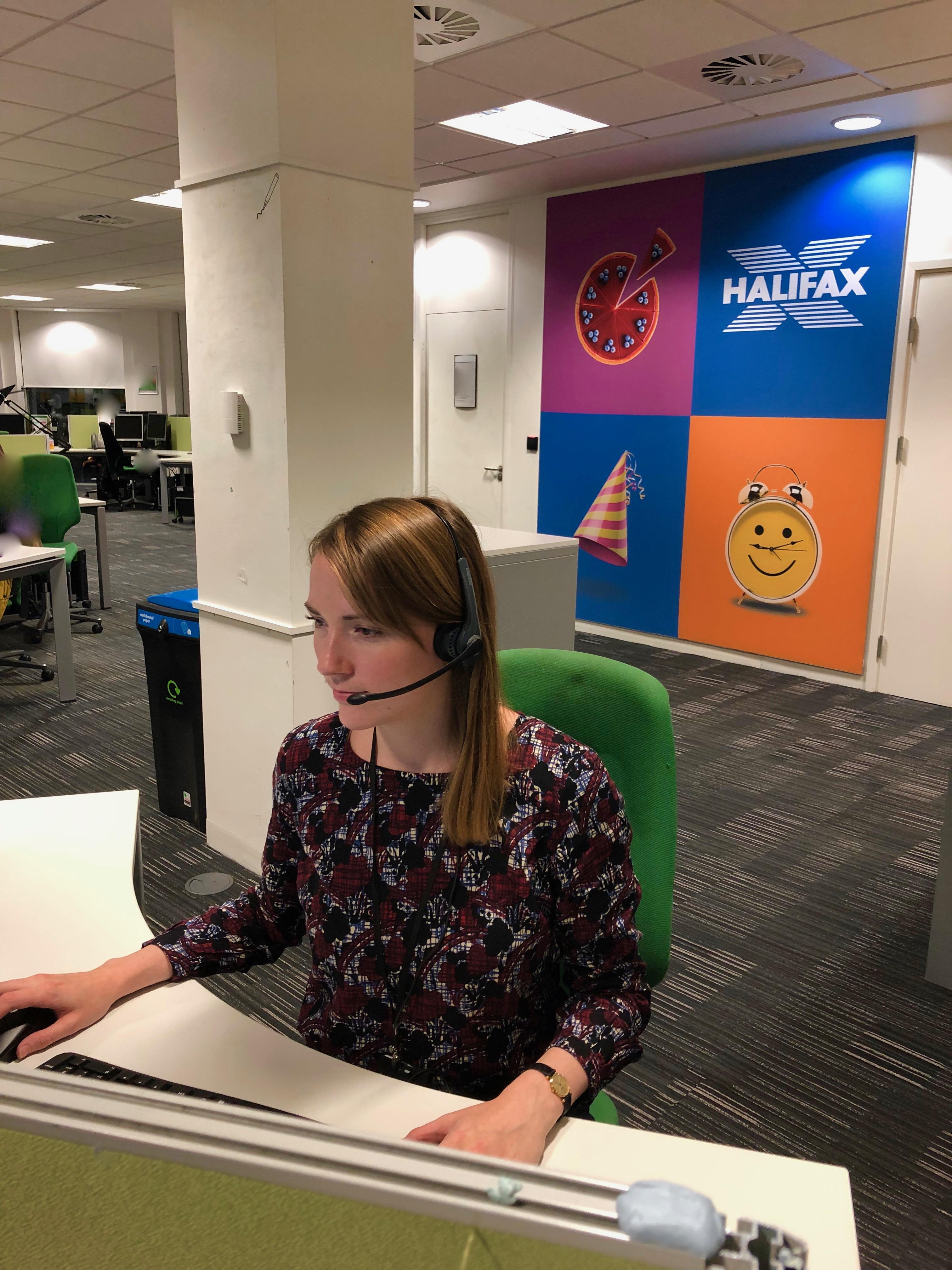 “As soon as we find out it’s a scam we contact the bank which received the money and get them to freeze it,” she explains. “If any of it is still in the account then we send it back to the customer but often it’s already gone.

“We can’t stop customers who want to move money even after we’ve given them warnings – it’s their money and they have a right to withdraw it.”

She says that’s why it’s so important to stop and think before making any payments – especially if you have been asked to move money following an email, text or phone call.

Paul Davis, retail fraud director at Lloyds Banking Group, said: “We're working behind the scenes every day on new ways that we can use our data, technology and expertise to develop and test cutting-edge tactics.

“However, fraudsters are also becoming increasingly sophisticated, so it’s crucial to stay one step ahead. Fighting fraud is a team effort between the banks, the police and all of us – the more we know about spotting scams, the safer we will all be."

Only this week the financial watchdog has accused banks putting customers at risk of cyber attacks due to old IT systems.

Tesco Bank, for example, was fined £16.4million earlier this year for failing to protect customers during a cyber attack.

Have you ever paid the wrong person? A change to online banking will soon stop the problem.

*Some names changed to protect identities.